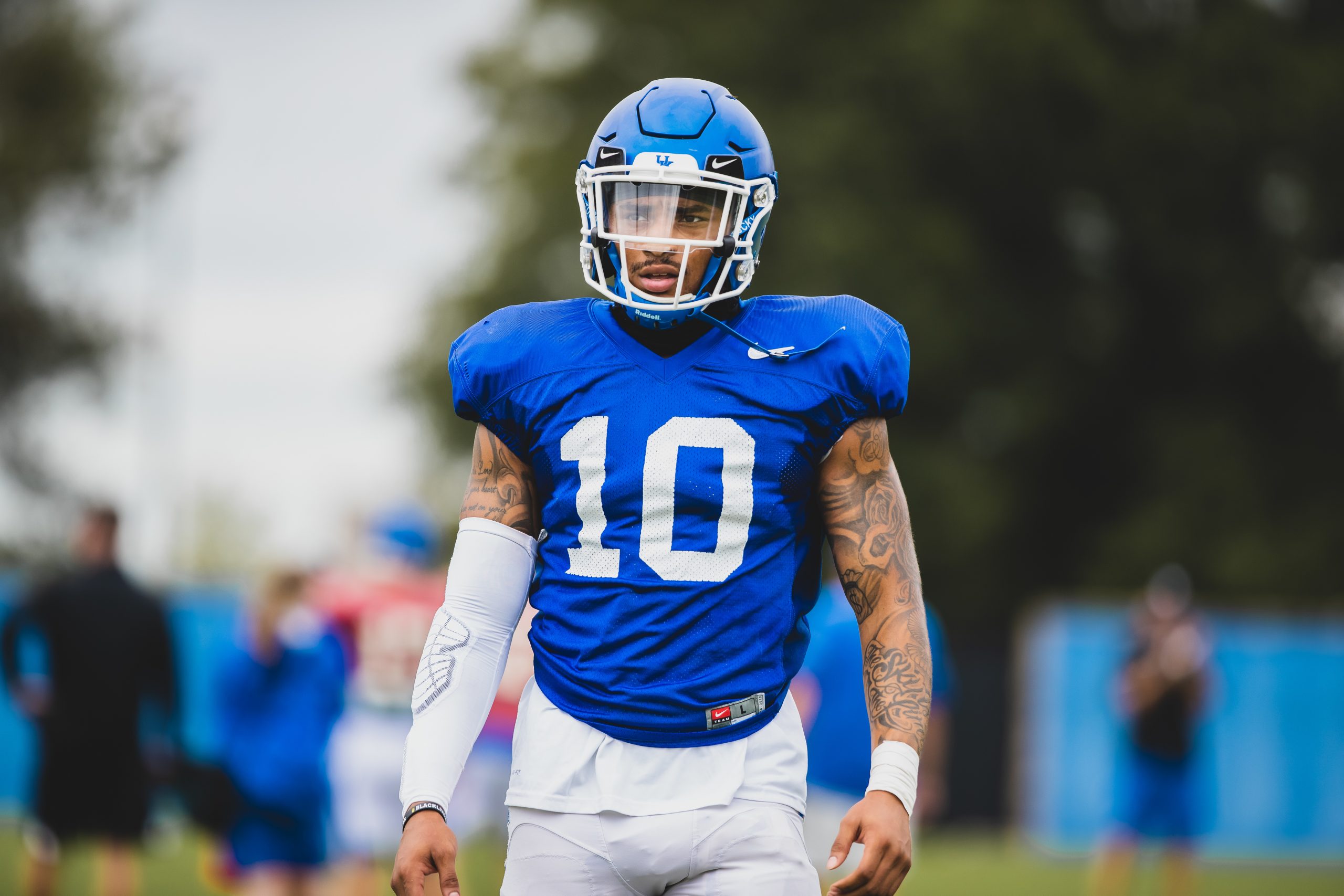 The Kentucky coach liked the way the Wildcats performed on both sides of the ball Saturday morning, four weeks ahead of the team’s season-opener at Auburn set for Sept. 26.

“We were able to get a lot of plays in,” Stoops said. “I believe we came out of it relatively healthy. We got a lot of reps and a lot of players to look at.”

The ongoing COVID-19 pandemic has altered the team’s schedule this fall and usually at this time of the year, Stoops and his squad are preparing for the season opener on Labor Day weekend. Stoops admitted the first two weeks of practice have been “slower” than usual.

“That’s good and it is what it is,” he said. “It (gave) our players an opportunity to have a longer summer, gave us some windows to spend some time with our players … our preparation time is much longer this summer and that’s what makes it different.

“We still come into the building with a great sense of urgency each and every day, whether you’re a player or a coach. However, there is more downtime right now — that’s what’s so different. We’re still four weeks away (from the first game) and that’s a long time.”

The extra time has given players like quarterback Terry Wilson more time to prepare for the season, especially coming off an injury. Stoops said Wilson and the rest of the team’s signal-callers were on target during the scrimmage. Stoops added that Wilson played approximately four series’ on Saturday and looked impressive.

“The slow introduction (back to football) has to help,” Stoops said. “We’re not forced to pack so many reps and so many practices into a week. He has time to recover and I believe that has to help him.

“He definitely looks comfortable and I was pleased in there today with him (the pocket) — live  bullets flying around all around him and certainly, he wasn’t going get hit, but he still had some big defensive linemen, blitzes and pressures, people in his face and he looked very comfortable, both stepping up in the pocket and delivering the football, but also pulling it down, scrambling and buying time to throw the ball down the field or to pull it down and run.”

“Terry has looked really good,” he said. “I see a guy out there that’s super confident. I see a guy that’s moving really well, really studied his playbook and has really got back into the game. It’s really fun to see him go out there and cut it loose every now and then. He’s going to go in there shoulder first (against the defense) and make somebody know that he was there.”

Stoops added “there were some good battles” on both sides of the football, especially the defensive front but is a little “more concerned” down the line on defense.

“Against some of the two’s (on defense), the (running backs) did rip off some big runs,” Stoops said. “There are some things we need to fix and get cleaned up. There were some explosive runs in there.”

Stoops said the main point of emphasis is for his team to play “quality football” as opposed to one side of the ball dominating the other side, especially in a scrimmage setting.