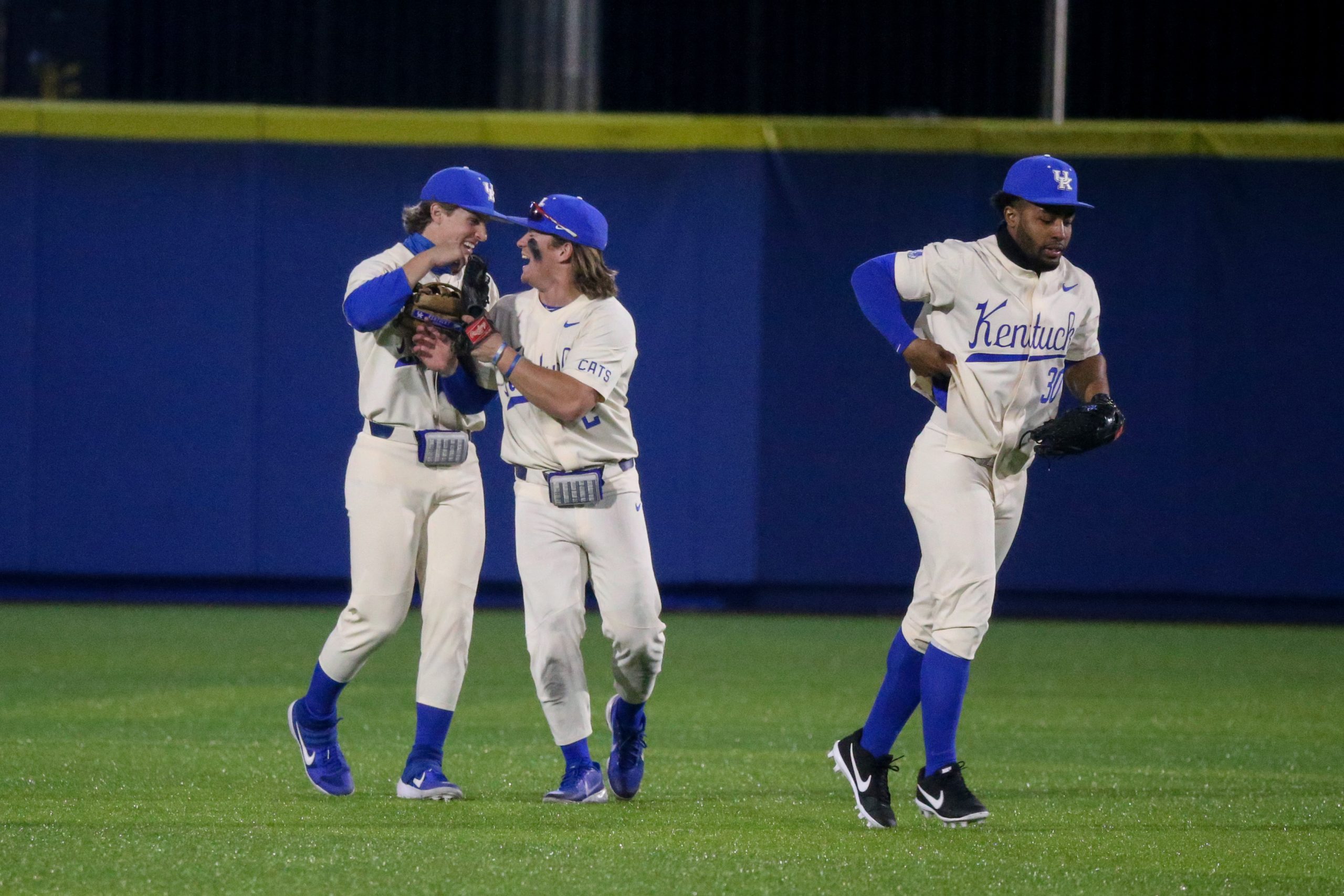 The Wildcats come from behind twice, including deciding 7th inning outburst

Freshman Reuben Church smacked a go-ahead, two-run double in the seventh inning as Kentucky twice rallied from deficits to defeat Evansville, 8-5, at Kentucky Proud Park on Wednesday. The win moved the Wildcats to 6-0, continuing their best start in nine years.

Showing a grittiness it hadn’t needed thus far, UK found a way to win despite not playing its sharpest game of the young season. The Cats fell behind 2-0 just three batters into the game and later saw the Aces take a 5-4 lead in the top of the seventh without getting a hit in the inning but responded immediately both times.

The winning rally started with Austin Schultz dropping a single into left field and John Rhodes taking a pitch off the elbow. Oraj Anu patiently worked a walk to load the bases before Church ambushed the first pitch he saw for a double into left-centerfield, scoring Schultz and Rhodes for a 6-5 lead. Pinch hitter Trae Harmon added an insurance run with a sacrifice fly and the Cats’ bullpen took it from there with Sean Harney earning his third save and second in as many nights.

Church, who finished 2-for-3 with two runs, three RBI, a walk and the decisive double, now has seven extra-base hits in five games. He leads the Cats in hits, RBI and doubles despite not playing in the season opener.

Bottom 1st – John Rhodes doubled to RF, advanced to third on a balk and scored on Oraj Anu’s single to RF. Evansville 2, UK 1.

Top 3rd – Craig hit by a pitch, advanced to third on a single by Shallenberger and scored on Shepherd’s groundout. Evansville 3, UK 1.

Bottom 8th – Ritter hit a lead off triple to RF and scored on a balk. UK 8, Evansville 5.

The Cats return to Kentucky Proud Park on Friday afternoon to open a weekend series vs. Ball State. First pitch is set for 4 p.m. ET. The game will be aired on SECN+. The radio call will be on the UK Sports Network.