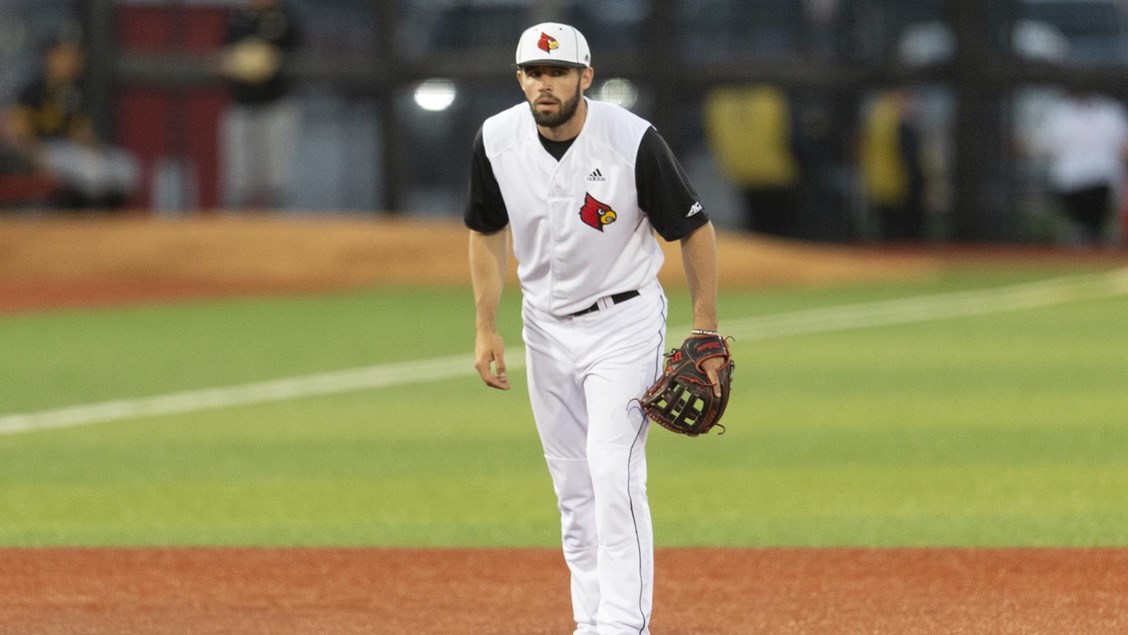 First pitch for the season opener is scheduled for 5 p.m. ET Friday in Oxford, Miss.

LOUISVILLE, Ky. – The top-ranked University of Louisville baseball team takes the field for the first time in 2020 with a three-game series at No. 18 Ole Miss beginning Friday at 5:00 p.m., ET. The series continues Saturday at 2:30 p.m., ET and concludes on Sunday at 1:00 p.m., ET. All three games can be seen on SEC Network+ and radio coverage will be available on 93.9 The Ville.

ABOUT THE CARDINALS
The Cardinals enter the 2020 season as the top-ranked team in the country and are the favorite to win the Atlantic Coast Conference. Louisville is coming off a 51-18 mark in 2019 the concluded with its deepest postseason run in program history, reaching the bracket final at the 2019 NCAA College World Series.

Head coach Dan McDonnell begins his 14th season at the helm of the Louisville program with six position players returning that started at least 30 games in 2019 and three of his four starting pitchers from the College World Series.

SERIES HISTORY
The Cardinals and Rebels will open the season against each other for the first time. The all-time series between the two programs is even at eight apiece, but Louisville swept a two-game midweek series last season at Jim Patterson Stadium.

CARDINALS TABBED AS PRESEASON NO. 1
For the first time in program history, the Louisville baseball program will open up the season as the top-ranked team in the country.

The Cardinals were selected as the No. 1 team by Collegiate Baseball Newspaper, D1Baseball and Perfect Game. This marks just the second time the Cardinals have been the top-ranked team, having held the No. 1 ranking for a pair of weeks during March of 2017.

UofL was ranked second in the other three major polls, sitting behind Vanderbilt in the Baseball America, NCBWA and USA Today Coaches rankings.

VETERAN PITCHING STAFF LEADS CARDINALS INTO 2020
Heading into the 2020 campaign, head coach Dan McDonnell will lean upon a strong group of veterans on the mound to lead the way. Louisville returns three of its four starters from last season’s College World Series (Detmers, Miller, Smith) along with three of its top bullpen arms (Kirian, Elliott, Poland). The Cardinals have better than 67 percent of their innings pitched and strikeouts returning from one year ago.

Detmers returns at the front of the rotation following an All-American sophomore season that saw him tie Louisville’s single-season win record and break the strikeout mark. Miller thrived in a starting role after a move from the bullpen culminating in eight no-hit innings in the clinching game of the Super Regional against East Carolina. Smith left his mark on the postseason, turning in the two longest postseason starts in program history with 8.1 innings in elimination games against Illinois State and Vanderbilt.

In the bullpen, Kirian had a breakout 2019 season leading the Cardinals with a 1.69 ERA while sharing the closer responsibilities. Elliott has been a steady hand during his first three years, holding a 2.02 ERA in 60 career appearances. Poland picked up a pair of wins in his first collegiate season and struck out 25 in 19 innings of work.

McDONNELL RETURNS TO OXFORD
Prior to his now 14 seasons at the helm of the Louisville baseball program, head coach Dan McDonnell spent six years as an assistant coach for Mike Bianco at Ole Miss from 2001-06.

As the top assistant and recruiting coordinator, McDonnell and the Rebels had four top-20 recruiting classes and three groups that ranked in the top 10 nationally. The first full recruiting class for the Rebels under McDonnell’s direction was ranked No. 6 in the nation by Collegiate Baseball. In each of his last two seasons with the Rebels, Ole Miss was one win away from advancing to Omaha.

During his time in Oxford, the Rebels averaged better than 40 wins per season, winning the SEC West Division in 2005, the SEC Tournament in 2006 and making five NCAA Tournament appearances.

2020 ROAD SCHEDULE PROVIDES AMPLE TESTS FOR CARDS
Per usual, the Cardinals have a tough gauntlet to navigate with its 2020 schedule. Louisville has 22 games against teams that found themselves in the preseason rankings. However, 16 of those 22 will come away from Jim Patterson Stadium.

Six of Louisville’s nine road opponents in 2020 are ranked in the preseason, with the nine teams combining for a 204-90 (.694) record on their home fields in 2019. Louisville opens the season on the road at No. 18 Ole Miss and has later tests at No. 17 Wake Forest, No. 13 North Carolina, No. 3 Miami and No. 12 Florida State. The Cardinals will also head to Nashville in May for a midweek date against No. 2 Vanderbilt.

Louisville was 18-10 away from home last season, but 15-4 in the opposition’s home ballpark.

LOUISVILLE VOTED AS ACC PRESEASON FAVORITE
Already ranked as the No. 1 team in the country, the Cardinals open the 2020 season as the preseason favorite in the Atlantic Coast Conference.

Louisville received 13 of a possible 14 first-place votes to win the Atlantic Division and were chosen as the overall champion as well. Florida State and NC State were voted second and third in the division, respectively. Clemson received the other first-place tally and is tied for fourth with Wake Forest, while Boston College and Notre Dame round out the Atlantic. Miami grabbed 12 of the 14 votes and holds the top spot in the Coastal Division.

Louisville has won the Atlantic Division in four of the five seasons since joining the league, including in 2019 when the Cardinals were also picked as the favorite.