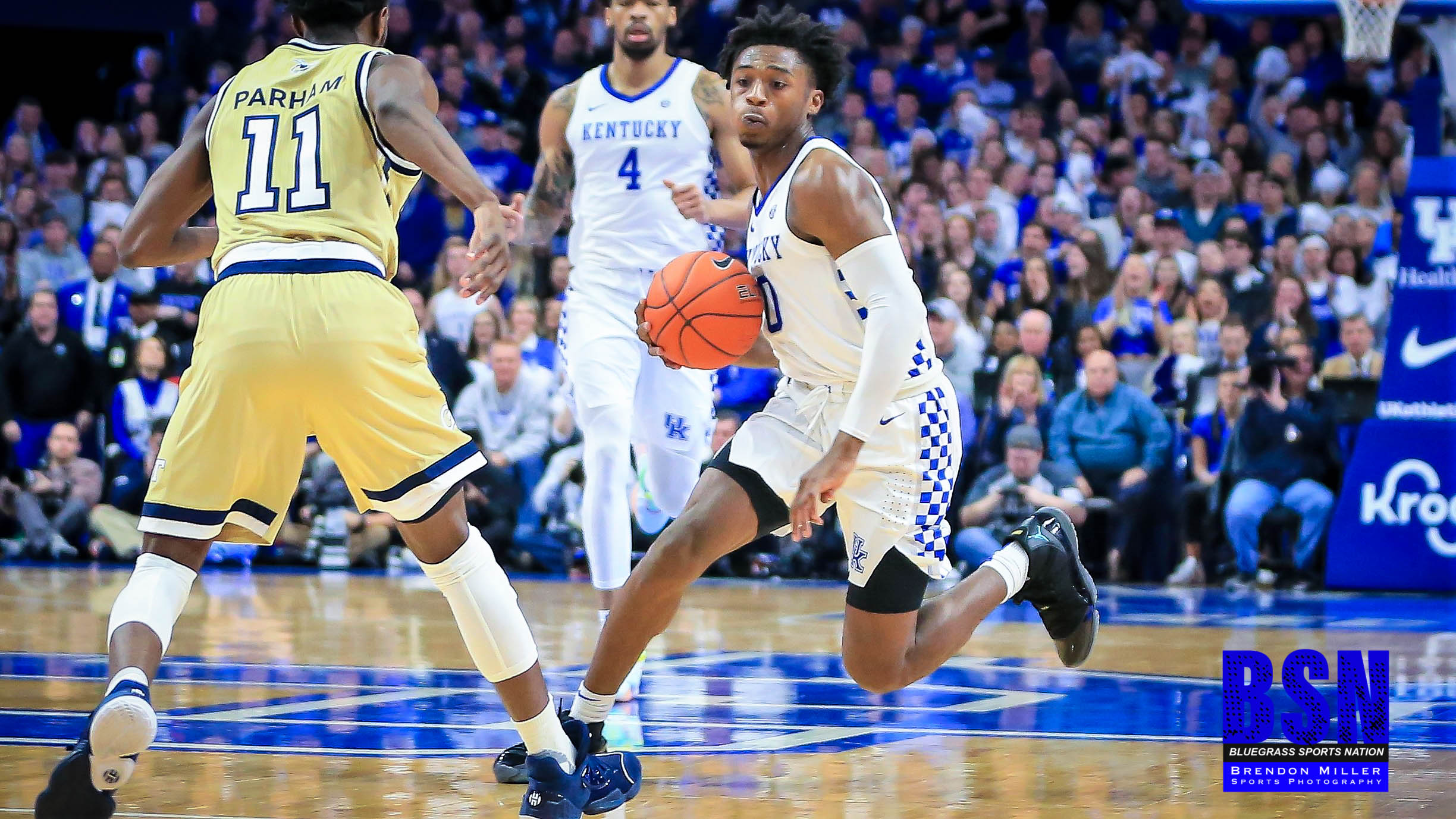 Kentucky coach John Calipari would match Ashton Hagans against any point guard in the nation.

“He’s so far advanced,” Calipari said after Hagans scored 21 points to lead the No. 8 Wildcats to a 67-53 win over Georgia Tech Saturday. “There may be better point guards out there. I’d have to watch closely. I mean, the way he is playing — that he’s starting to master his skills.”

Hagans came within five points of scoring his career high against the Yellowjackets and scored 20 or more points for the second time this season. Hagans said he simply played within the flow of the game.

“I Just wanted to let it (the game) come to me,” he said. “I (wanted) to keep playing in the defensive end and keep talking to the guys and become more of a leader out there. I don’t focus in the offensive end at all too much. I just try to let it (come to me) as much as possible.”

Georgia Tech coach Josh Pastner recruited Hagans “heavily” out of high school but came up short in his bid to sign the former Georgia prep standout. Hagans originally committed to Georgia, before opting to sign with the Wildcats.

Following his first glimpse of Hagans as a collegiate player, Pastner said Hagans is “really, really good” at leading the Wildcats on both ends of the floor.

“I thought he was a big difference,” Pastner said. “… He was a pro tonight — a first-round draft pick the way he played. He has gotten better. He continues to improve and he is just a penominal young man. He’s a good person and he has a good spirit about him. I’m really high on Ashton, I think he’s really, really good. Hagans is a star. I think he’s first-round draft pick.”

Hagans also was impressed with the Yellowjackets, who trailed only 36-30 at halftime and hung with the Cats for much of the game. Immanuel Quickley scored 16, Nick Richards 12 and Keion Brooks 10 as Kentucky put four in diouble figures.

“They fought hard and we fought back,” Hagans said.

Hagans made eight of 10 shots against Pastner’s squad and grabbed seven rebounds to go along with seven assists, but the Kentucky guard wasn’t happy with his six miscues, many of which he said were unforced.

“I just tried to do what I could do to get my team a win,” said Hagans, who has dished out at least five assists in six straight games.

The transformation of Hagans didn’t happen overnight and Calipari said he’s doing the little things that matter to get better.

“He knows what to expect (and) he has no anxiety about what he’s doing,” Calipari said. “He knows coming into the game. He knows game planning. He’ll watch tape.”

Despite his progression, Calipari said Hagans will get off track and try something different, because “he gets bored (and) then he has to try something new.”

“He still gets sloppy,” he said. “He’ll get sloppy both on defense and offense.”

Hagans said the creativity occurs when he’s actively involved on both ends of the court.

“I just lose pieces of the game,” Hagans said. “I wouldn’t say bored. I just go out there. Keep moving and keep attacking and get everybody involved.”

One thing is for certain, however, is Hagans’ ability to compete even when he’s not clicking on the offensive end of the court.

“I’ve always had the fight,” he said. “From my high school team, to AAU and here. That’s just one thing I know is going to keep me on the court at all times, is just fighting. I love my teammates and they know that I am there for them. They know that.”

Calipari knows the Wildcats will need Hagans’ energy with games against Utah, No. 3 Ohio State this week in Las Vegas.

“The best teams in college basketball are the teams that fight,” he said. “They’re not the skilled — they’ve got talent. They wouldn’t be, one, two, three, four, five in the country if they didn’t.”

Thanks to Hagans, the Wildcats are among the best teams in the country.