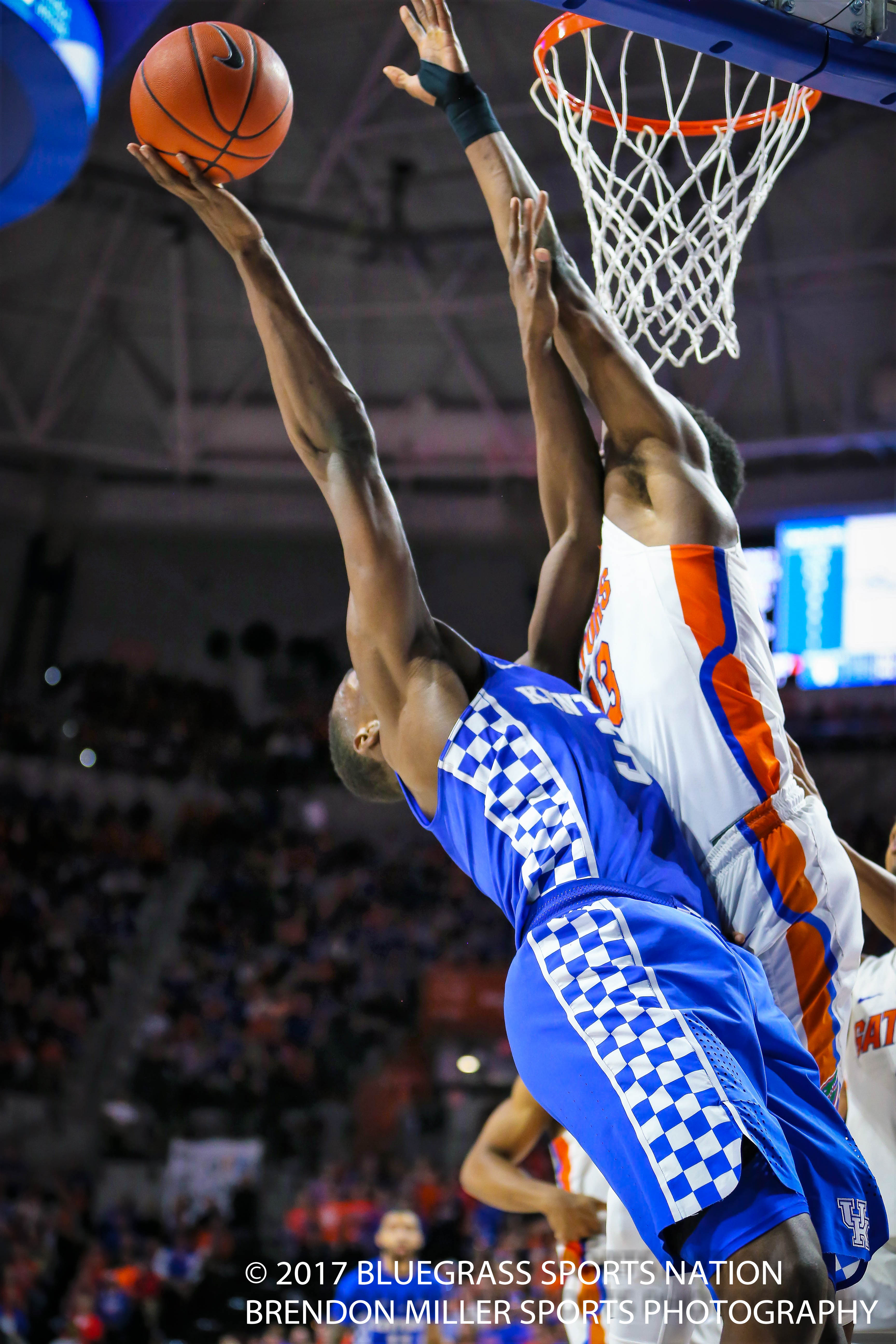 Kentucky faithful came out in numbers in Gainesville last night but their presence did little to motivate the Wildcats in their 88-66 loss to the Gators. The ‘Cats continued their trend of poor play in marquee matchups this year but were not alone as they became the sixth Top-Ten team to lose on the day.

The Wildcats failed to penetrate the paint offensively at any point in the game, particularly early on, and allowed the Gators to out rebound them 54-29. The Cats did see good production from De’Aaron Fox (Freshman, G) who shot for 19 points including 9-10 from the free throw line. Fox’s play allowed the Wildcats to limp to a conservative 8 point deficit at the half, but the home team outscored their opponent 54-40 in the second half and all but eliminated Kentucky from contention with more than five minutes left in the game.

The Gators were buoyed on offense by Kasey Hill (Senior, G) who finished the game with 21 points, 5 rebounds, 6 assists, 1 block, and 1 steal.

Kentucky, hoping to end their 3-1 losing streak, have a mixed bag of opportunities over their next four games. A Tuesday night contest against LSU does not appear, on paper, to be much of a challenge but the ‘Cats then face Alabama (currently in the top half of the SEC) followed by Tennessee and Georgia, who have proven difficult for the boys in blue already this season.