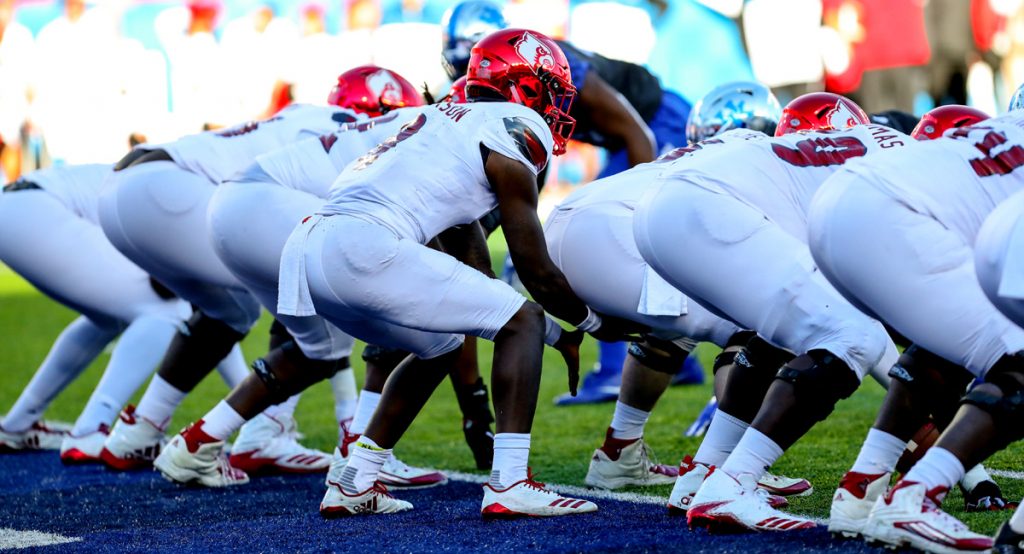 Lamar Jackson couldn’t wait to get back on the field to face Kentucky after last season’s humiliating loss in the regular season finale.  He committed four turnovers in last season’s loss, including a fumble inside the Kentucky ten yard line in the final two minutes.  That fumble led to Kentucky kicking a game-winning field goal to defeat the heavily favored Cardinals.

If this was a heavyweight fight, the Cardinals delivered the knockout blow early by driving 75 yards in seven plays.  Reggie Bonnafon finished the drive by run 18 yards for the opening score.

Things got real nasty after Kentucky went three-and-out following U of L’s score.  The Cards went 69 yards on nine plays to go ahead 14 – 0.  However, the drive was marred by a brawl on the sideline when Kentucky’s Jordan Jones and Jackson got into a shoving match which led to them taking each other down.  Both players were hit with unsportsmanlike conduct penalties.  It was very clear that Jones and other Kentucky players were trying to get under Jackson’s skin throughout the game.  The loss of Jackson would have been the equivalent of Kentucky losing multiple players.

Nothing U of K did on defense could slow down Jackson and the U of L offense.  Louisville rolled up 562 yards of total offense, including 346 on the ground.  The biggest difference this season was they committed zero turnovers.  The only time the Cardinals were stopped was at the end of the game.  They had scored on every possession up until that point.

Jackson proved once again how valuable he is.  He threw for 216 yards and two touchdowns.  He ran 18 times for 156 yards.  He was the Houdini of the football field today getting out of trouble numerous times and making positive plays.

Both teams are bowl eligible and will now await their bowl destinations.