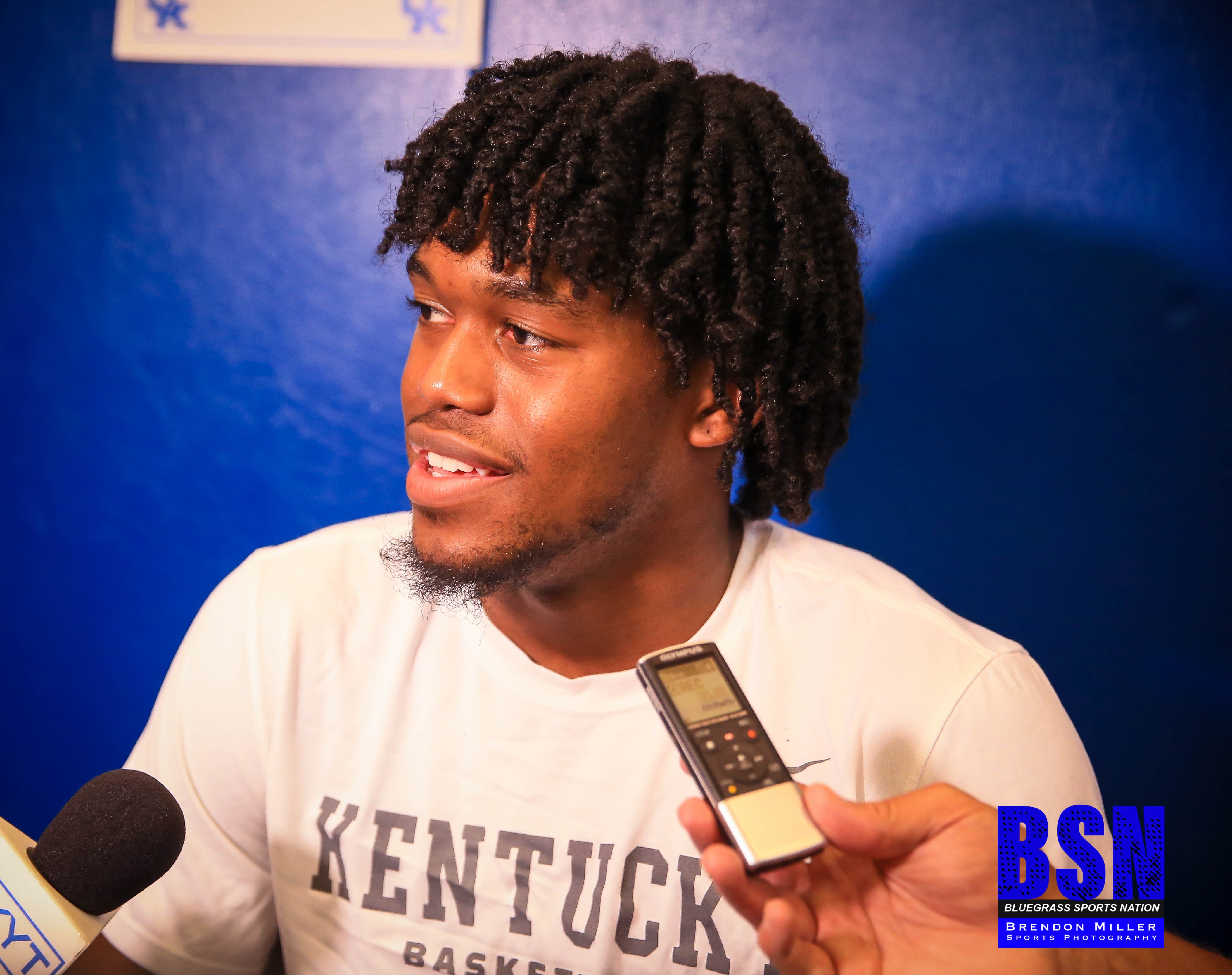 “He’s a good basketball player,” Calipari said. “He’s got a good feel for the game.”

Brooks is listed as a small forward at 6-foot-7 but Calipari expects Brooks to play several positions, but mostly a “stretch 4” in and out of the perimeter.

“He gives us that length and size and ability to space the court,” Calipari said. “And it’s hard for 4s to guard him, even E.J. (Montgomery) struggles to guard him at times, he can do things with that ball, and a lot of stuff he starts like he’s a guard.”

Brooks doesn’t mind playing multiple positions and is willing to do whatever it takes to make the team better on a daily basis.

Going into Friday’s Blue-White game, Calipari wants his freshman forward to become more aggressive, especially in the post and wants Brooks to be ready when the Wildcats take on Michigan State in the season opener at Madison Square Garden on Nov. 5 in the State Farm Champions Classic.

“Physically he has to catch up (and) he knows,” the Kentucky coach said. “He’s learning things that’s never seen before, but he’s taking it all in. He’s long, he’s active, he plays rough, he just, physically he’s, his body’s got to catch up to everything else.”

Brooks understands he needs to become more physical and is learning to hold his own against the rest of his teammates in practice.

“I think we still have a ways to go with physicality, especially myself,” he admitted. “I’m not afraid of contact or anything like that, I’m just light. I do the best I can to throw my little scrawny shoulders around. But I feel like we’re going to get there though, it’s early.”

Brooks isn’t the only versatile player in the team and added the Wildcats have “ a lot of interchangeable parts.”

“In practice, we’re guarding all types of different people during the day to challenge us to see how we do,” Brooks said. “Coach Calipari has a good problem on his hands how he can move us all around.”

Coming our of high school, Brooks was a highly regarded prep standout at La Mumiere School in Indiana and was a finalist for the Indiana Mr. Basketball Award, eventually won by Trayce Jackson-Davis, who signed with the Hoosiers.

Although Brooks considered Indiana University, he settled on the Wildcats last spring and said “at the end of the day” Calipari was a big reason he chose Kentucky.

“I really had a lot of great schools I could have went to and great relationships with those coaches, but at the end of the day the conversations I had with Coach Calipari really aligned with what I wanted to do with my career,” he said. “I feel like he is going to help me get to my dreams and my goals, so that’s why I chose Kentucky.”

Keith Taylor is sports editor for Kentucky Today. Reach him at [email protected] or twitter @keithtaylor21.