UK Basketball – The Night the Lights went out in Catlantis 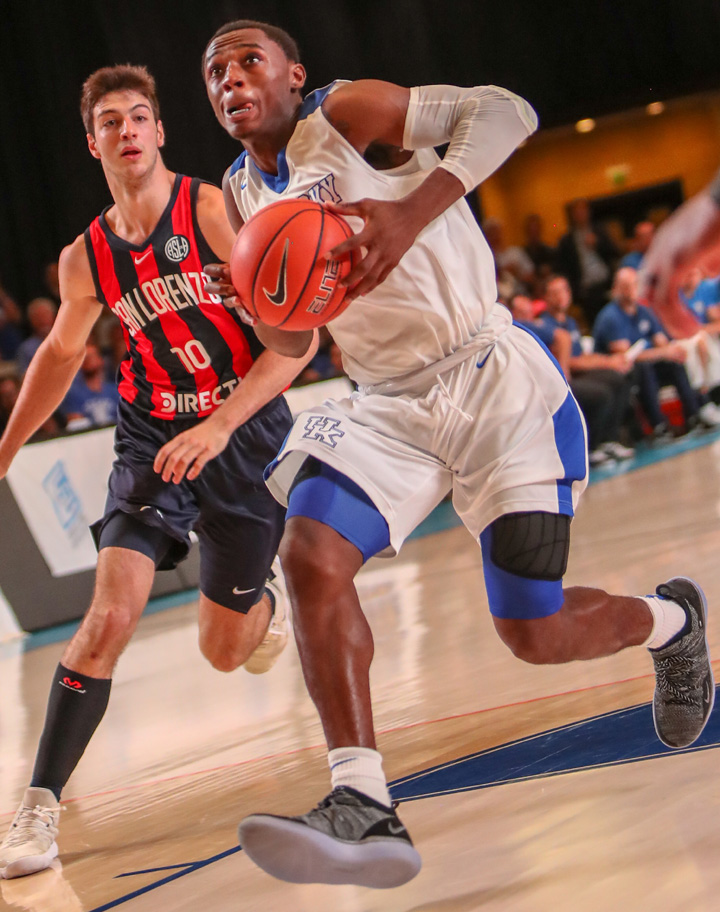 Special Columnist – Kecia Dawson
The young UK basketball team matched the intensity of a solid San Lorenzo de Almagro team for the first 18 minutes of the game, and then the lights went out. Completely. It was complete darkness until the fans had a chance to illuminate the area with their cellphones.

The backup generator came on a few minutes later, but not with the main lights for the court. Coach Cal then decided they were starting halftime early. The fans enjoyed the break and Dan Dakich started a game of Knockout with all the kids in attendance. It made you think Dan was a good guy until he made them all run wind sprints! The four year old little girl did well even though she was bumped a few times. The kids and parents really enjoyed the distraction.

As far as the game, Quade Green took Calipari’s advice and kept shooting.  He made his first few shots on the way to a solid 10 point night, but the real hero was Herro! Herro made 13 of 21 shots and 4 of 8 three pointers. He proved the doubters wrong that he was just a three point shooter. He scored on a variety of drives and pull up jump shots. Let the King Rex comparisons begin! UK had a total of 6 players in double figures:  Herro 22, Washington 15, Johnson 13, Travis 11, Richards 10, Green 10. The Bigs for Kentucky excelled as well.  Nick Richards followed up a great first game performance with another solid effort, and Reid Travis finally had some difficult shots to fall. The centers banged the more mature guys and came out with a 91-68 win.