UK Beats Auburn to Remain Perfect in the SEC 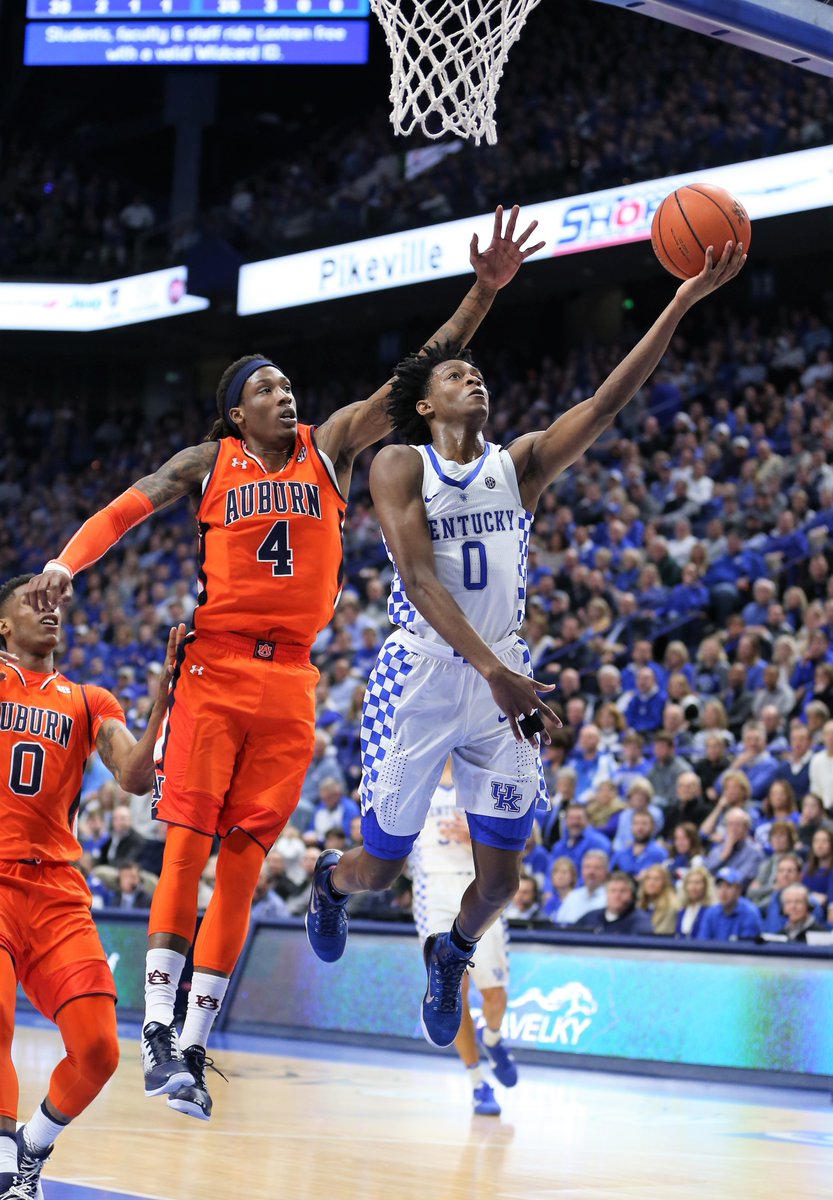 Fox with the drive and score – Photos by Brendon Miller

Kentucky won their fifth SEC game in a contest that was more challenging than the ending score indicated. The 92-72 victory was a close match for the better part of their fight against Auburn, but the Wildcats pulled away at the end to win by 20 points.

The Wildcats had a slow start, sinking only 3 of their first ten shots, but they finished the half more efficiently by making 15 of 21 shot attempts. Four of the Cats’ first seven FG’s were 3-pointers and they rode their hot shooting from beyond the arc (66.7%) to a half-time lead of 51 to 39. Auburn, however, out-scored Kentucky 24 to 18 in the paint and got to the rim with ease by spreading out the defense and taking the ball off the dribble. Kentucky’s Wenyen Gabriel played his best game of the season, achieving 6 points, 16 rebounds and two blocks. His two 3-pointers came at critical times in the first half for the Cats to keep the lead.

The beginning of the second half mirrored the first. Kentucky started 3 for 10 again which allowed the Tigers to pull back within three points. Isaiah Briscoe then scored five points to widen the score margin. With eight minutes left in the game, Mustapha Heron hit a three-pointer to pull Auburn within 6 points. But Malik Monk, who had a game high 24 points, matched it with a triple of his own on the next possession. De’Aaron Fox fouled out early in the second half, leaving Kentucky without their starting point guard but a strengthened UK defense held the Tigers scoreless for the last 4:28 and the Cats ran away with the victory.

Kentucky’s next game will be against the Mississippi State Bulldogs on Tuesday Jan. 17th at 7:00 P.M.