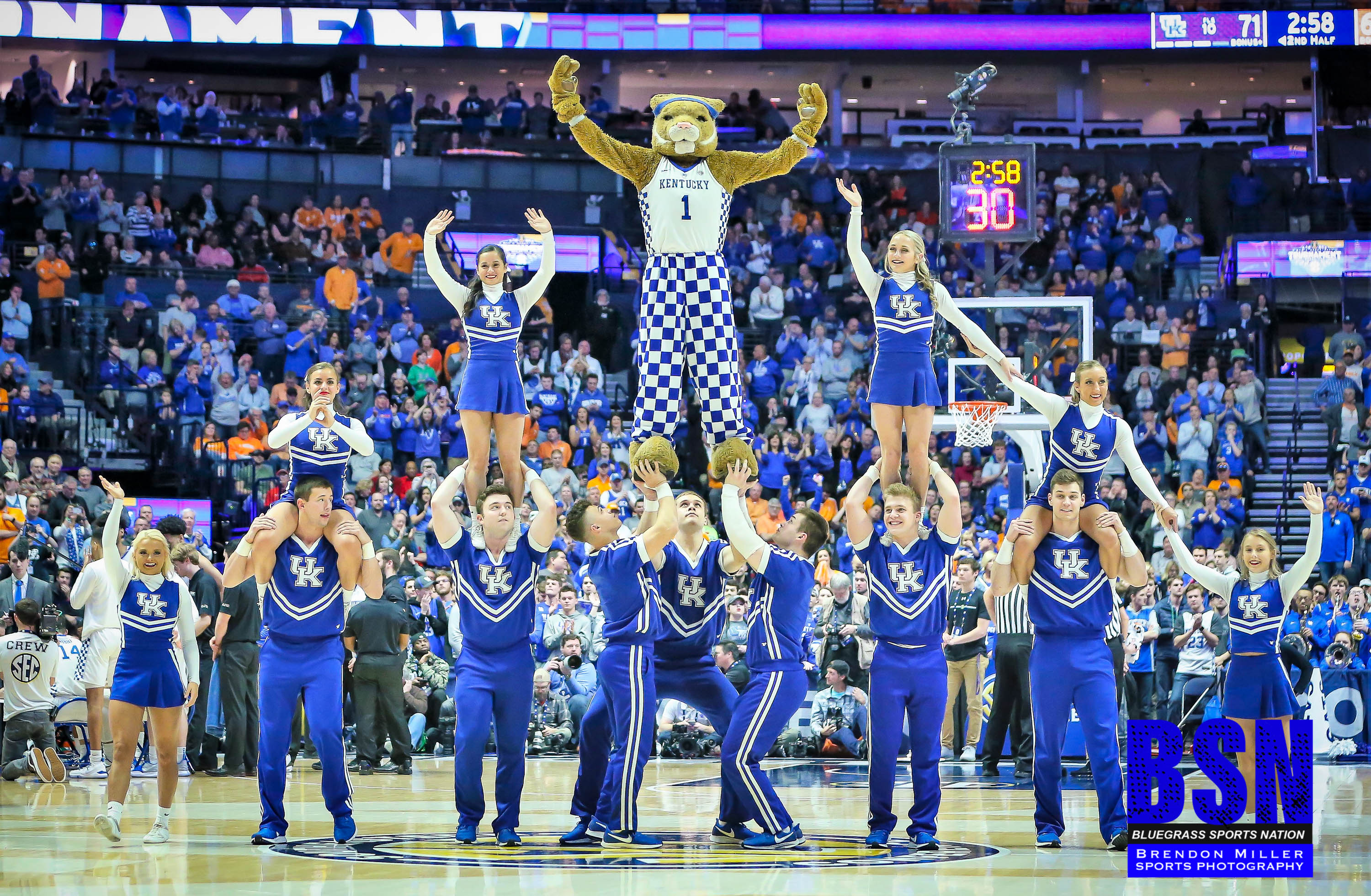 Kentucky cheerleading head coach Ryan Martin O’Connor has announced the hiring of two experienced assistant coaches. Blair Bergmann and Jason Keogh will both be members of O’Connor’s first Kentucky staff. Both come with stellar credentials in the coaching field.

Bergmann, who cheered collegiately at Alabama, brings a decade of successful experience as an athlete and coach. At Alabama, Bergmann was a 2015 UCA D1A Coed National Champion athlete. He has spent time as a UCA College Staffer and UCA Core Staffer. He was most recently an assistant coach at Ole Miss, where he worked with both the Coed Squad and the All-Girl Squad. In 2017, he coached the UCA D1A All-Girl Game Day National Champion squad.

“I am thrilled to add Blair to our staff at the University of Kentucky,” O’Connor said. “Not only will he bring new energy and ideas for the sidelines and competition, but he will also be a great role model for those in the program. He is very knowledgeable about our sport and has proven himself as an athlete and a coach. We are all lucky to have Blair in our lives.”

“I am excited to be at the University of Kentucky because as a program, we have no limits,” Bergmann said. “This opportunity as an assistant coach allows me to help some of the best athletes become well rounded cheerleaders and future leaders in the workforce. The future is very bright for everyone in our program.”

Keogh cheered at Kentucky from 2001-04, winning three national championships while on the squad. He also won the 2004 NCA partner stunt championship at UK. Keogh went on to be a member of Team USA, winning gold medals from 2009-12. Most recently, he has coordinated and consulted with several of Kentucky’s top high school cheerleading programs and has served as co-owner of Mixim Productions, a cheerleading music production company that has produced cheerleading music for teams in over 40 states.

“I can’t wait to coach with Keogh,” O’Connor said. “I have always admired him as an athlete and it was a dream come true to be his Team USA teammate. I know he will be a huge asset for my coaching staff and for the future of the Kentucky Cheerleading program.”