UK Defeats Utah Valley in Yet Another Close Game 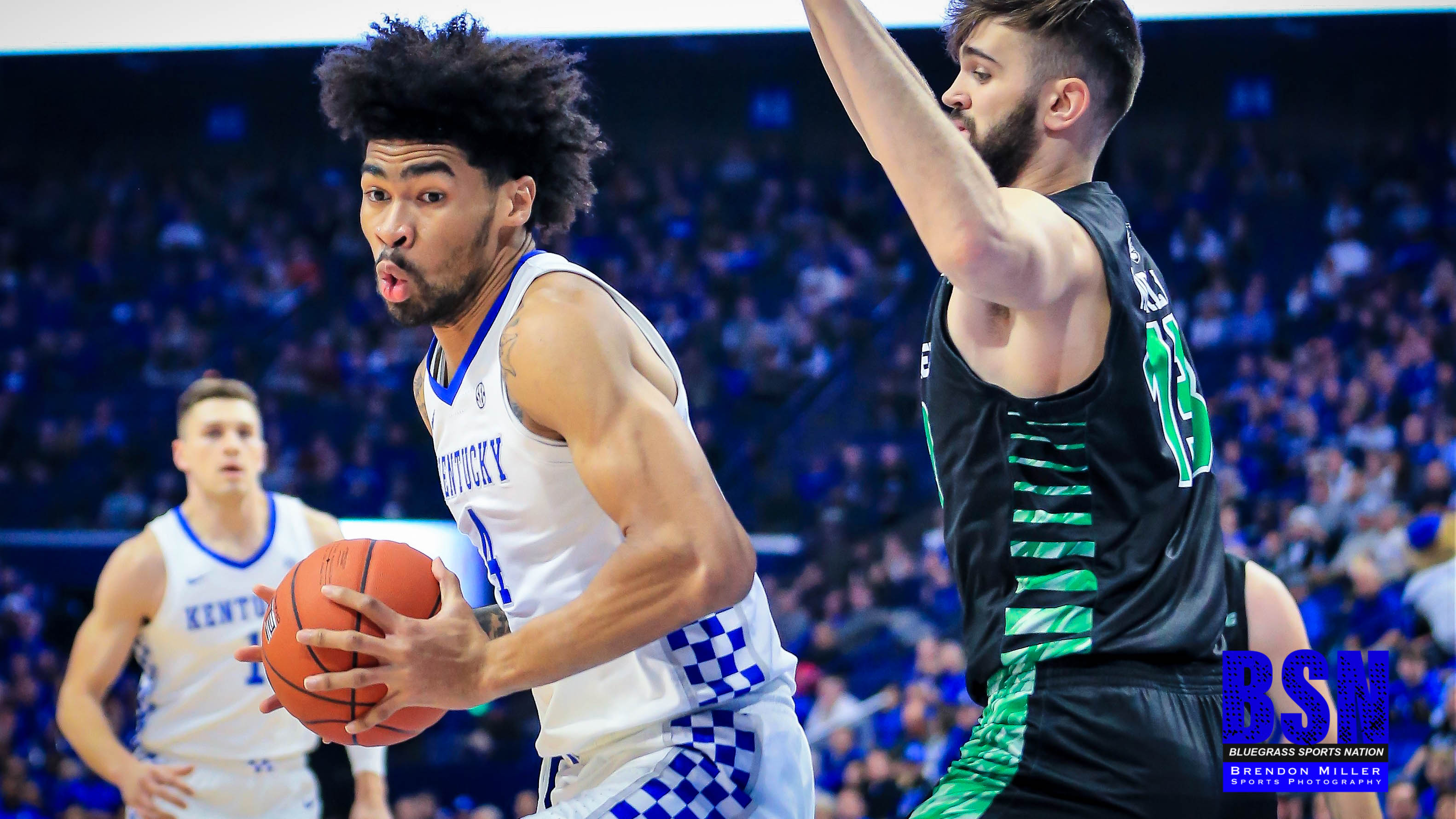 The Cats are now 51-12 under John Calipari in bounce-back games following a loss.

After coming off a 67-64 loss to Evansville, the Cats went into Monday night’s game with only seven scholarship players available due to injuries to E.J. Montgomery and Immanuel Quickley. While Montgomery’s injury continues to linger, Quickley got hurt on the last play of Sunday’s practice. 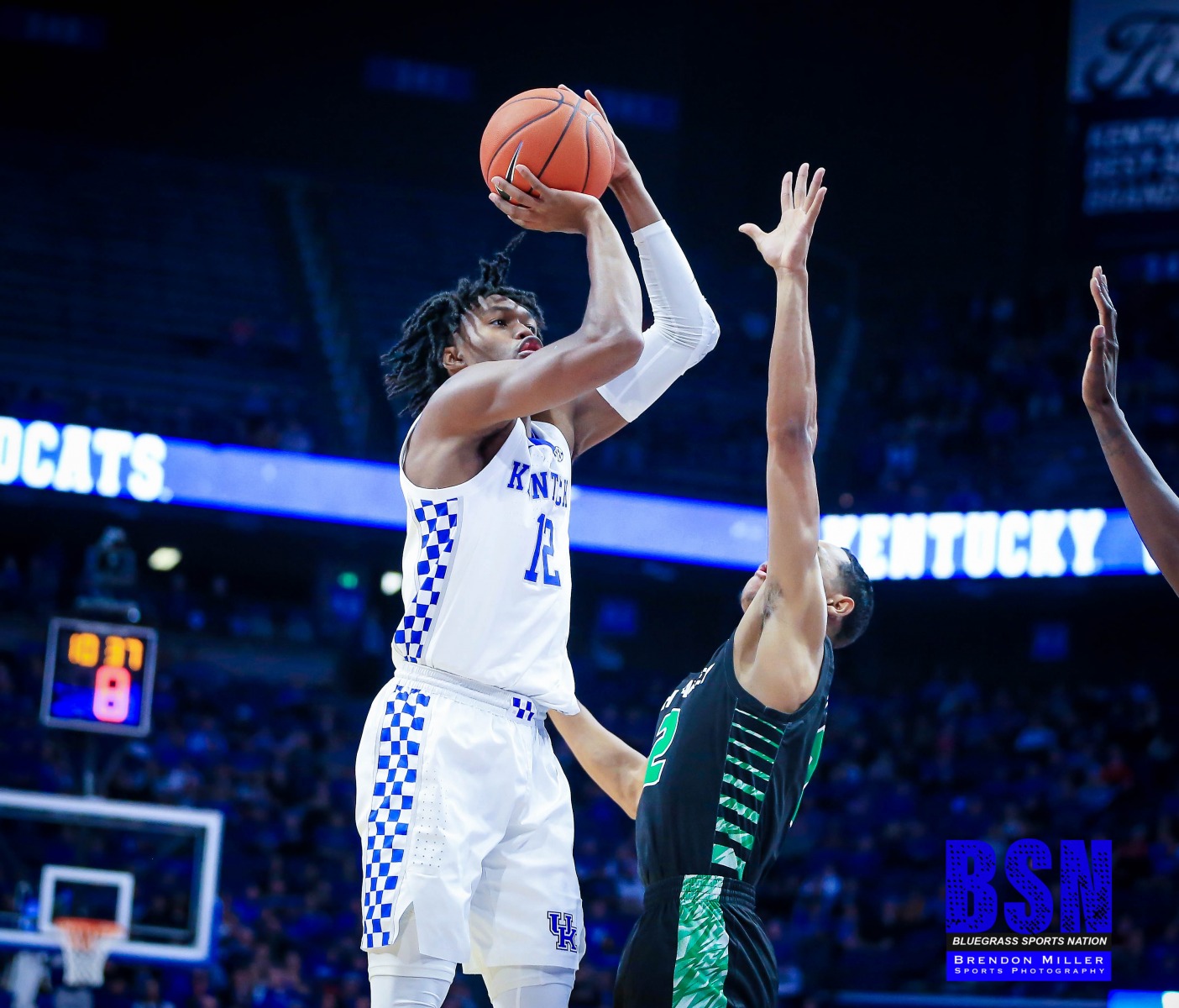 Despite being shorthanded, the Cats were able to pull out the victory, 82-74. However, Calipari wasn’t shy about his feelings of his team’s performance, “We are what the score says we are. … Hopefully we’re better than this but right now what you’re seeing is who we are.”

Utah Valley had more than twice as many bench points as UK while also having more blocks, steals, and assists. The Cats also shot a mere 8% from the 3-point line as their long-range shooting continues to struggle, but here are four positives from Kentucky’s victory over Utah Valley:

1. Kentucky Went 31-of-34 From The Free Throw Line:
Despite struggling on 3-pointers, the Cats made 91% of their free throw attempts. Individually, Ashton Hagans went 12-of-12 while Nick Richards, Nate Sestina, and Johnny Juzang also went perfect from the line each having attempted at least four free throws. It was the first time the Cats have made 30 free throws in a game since making 30 vs. Auburn on March 14, 2015, when they went 30-of-35.

After the game Calipari was asked how the same guys that go 31-of-34 from the line can go only 1-of-12 on threes to which he responded, “That’s what our staff just said. How do you do that? … You cannot be afraid to miss.”

Since UK’s roster is filled with exceptional talents in the backcourt especially, it is safe to assume that the team’s 3-point percentage will rise in due time. However, imagine where Kentucky would have been if they hadn’t shot a tremendous 91% from the free throw line; most likely on their way to another unexpected loss.

2. Nick Richards Put Up Another Big-Time Performance:
Nick Richards posted a tremendous stat-line at the end of the night: 21 points on 8-of-11 shooting from the field to go along with 10 rebounds in 35 minutes of play.

After the game, Calipari complimented Richards’ play, but quickly pointed out the difficulty of having to play without E.J. Montgomery: “Nick played well until he played too many minutes. The same with Nate. The minute they play those extra, eight, nine minutes, they back up.”

Richards showcased his offensive game with a couple of jump-hooks while also going 3-of-4 on mid-range jumpers to which Calipari noted that Nick might be UK’s best (mid-range) shooter.

It was definitely a solid performance by Richards, one that BBN hopes he can replicate moving forward.

3. Kentucky Needed Hagans To Step Up And He Did:
Going into Monday night’s game, only three of Kentucky’s seven available scholarship players were playing college basketball last season. Of those three players, Hagans is the only backcourt player. The point here being, with Quickley and Montgomery out of the lineup, UK needed Hagans to play extended minutes and play them well.

Luckily for BBN, he did just that as the sophomore posted a career-high 26 points on 7-of-14 shooting to go along with five rebounds and five assists. As mentioned earlier, he also went 12-of-12 from the free throw line; each happens to be a career-high. As a side-note, the last UK player to make at least 12 free throws without a miss was Jodie Meeks who did so when he scored 54 points against Tennessee on January 13th, 2009.

Hagans has also been hampered lately with a leg injury. After the game, Calipari said, “Well, he’s probably going to be in pain tomorrow, but there was never a doubt in my mind who I was putting on that line for those (technical foul shots). Never.”

4. The Cats Won The Rebounding Battle 46-27:
After last week’s loss to Evansville, Calipari stressed a lot of things: toughness, physicality, effort, rebounding, etc. In certain respects, Kentucky’s lack of rebounding late in the game against the Purple Aces costed them the game. However, that was not the case tonight as Kentucky grabbed 34 defensive rebounds compared to just 18 for Utah Valley and 12 offensive rebounds compared to Utah Valley’s nine.

Nate Sestina led the team in rebounds with 12 while Richards followed with 10. Hagans, Whitney, and Maxey all had five rebounds. While Kentucky’s 3-point shooting was lacking, their effort to fight for the rebounds was not, which is a good sign for a team with such high aspirations.

General Thoughts:
Calipari has been at Kentucky for over a decade now, and if there’s one thing we’ve learned it is not to overreact to games early in the season. The Cats were short-handed without Montgomery and Quickley but still managed to get the victory. It might not have been an ideal game, but it’s November and the National Championship is not decided in November, so I think there’s no need for BBN to start panicking.

What’s Next?
Kentucky’s next game is at Rupp Arena on Friday, November 22nd, against Mount St. Mary’s. The game is scheduled to start at 7:00 p.m. and will air on the SEC Network.