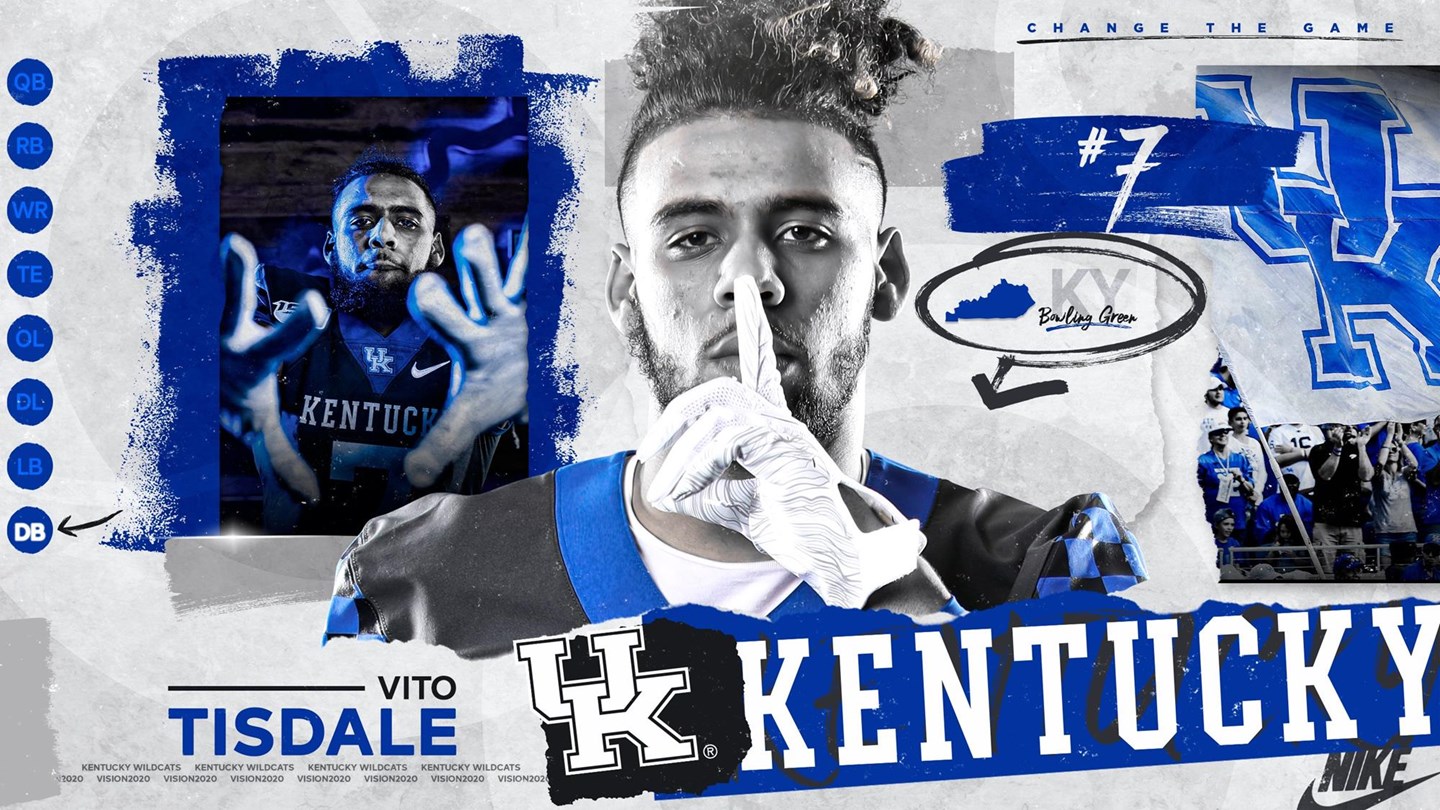 Vito Tisdale listed as one of the nation’s top safeties

Tisdale joins 20 other signees in Kentucky’s 2020 nationally ranked recruiting class. He is the fifth player to sign from the Commonwealth along with Beau Allen (Lexington), Izayah Cummings (Louisville), John Young (Louisville) and Octavious Oxendine (Radcliff).

Tisdale, a 6-foot-1, 201-pound safety of Bowling Green, Kentucky, is ranked the No. 3 Kentucky prospect and a top-20 safety in the class of 2020 by 247sports. He announced his decision during the U.S. Army All-American game earlier today in San Antonio, Texas.

The four-year starter was named a U.S. Army All-American and first-team All-State member after totaling 88 total tackles (26 solo), four interceptions and two fumble recoveries during his senior season for head coach Mark Spader at Bowling Green High School. He also returned kicks. His defensive prowess helped lead the Purples to a 9-4 record and a semifinal appearance in the Class 5A playoffs in 2019.