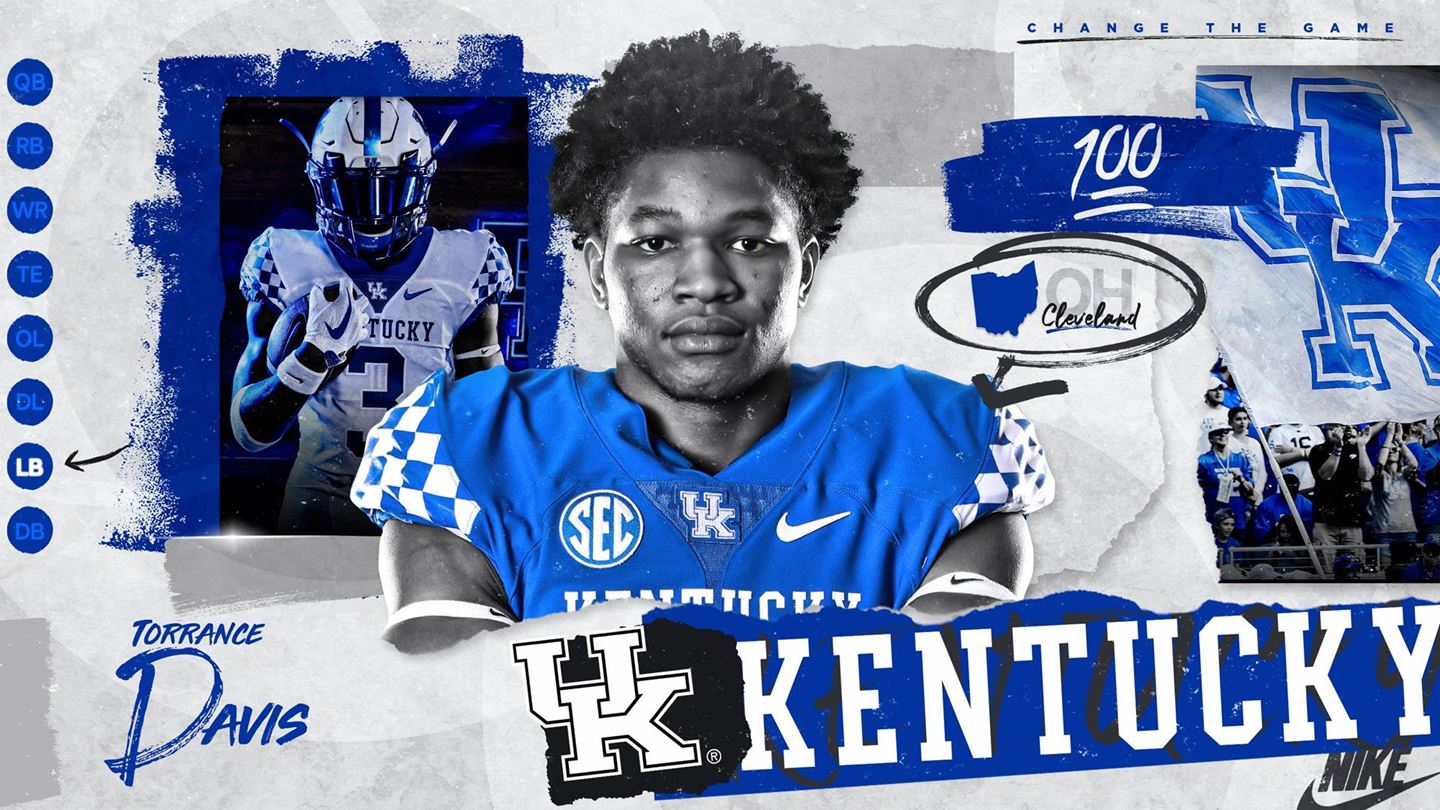 University of Kentucky football head coach Mark Stoops announced today the addition of Torrance Davis to the 2020 roster. He will be eligible to play this fall.

Davis, a native of Cleveland, was a three-star recruit who was ranked as the No. 28 running back in the class of 2020 and the No. 11 player in Ohio by 247sports. Rivals also listed him as the 37th-best running back and the No. 8 player in Ohio. At Kentucky, he will switch to the defensive side of the ball and play inside linebacker.

“Torrance Davis is a late addition to our class,” Stoops said. “He is a two-way player who can play linebacker or running back and with our need at inside linebacker Torrance agreed to start inside. We’re happy to add Torrance to our roster out of Cleveland. He’s a very versatile player with a lot of play-making ability.”

The 6-foot-2, 222-pound athlete rushed for over 900 yards as a running back and added another 500 yards when playing wide receiver as a senior at Garfield Heights High School. He played three seasons at Cleveland Glenville before transferring to Garfield Heights in 2019.