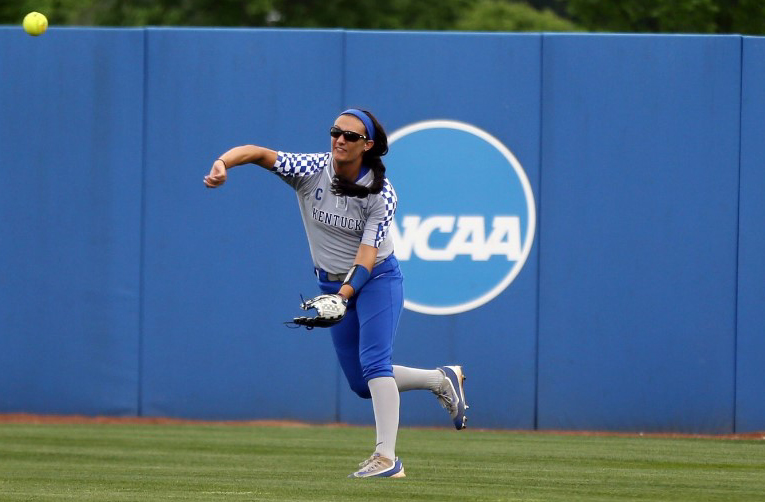 LEXINGTON, Ky. – The No. 18 Kentucky softball team fell behind 4-0 in the second inning to No. 4 Texas A&M on Friday night, but fought back to load the bases in the bottom of the seventh to put the game-tying run in scoring position – but lost 4-2 in the series opener at John Cropp Stadium.

The No. 4 Aggies, who improve to 41-5 on the season and 15-3 in Southeastern Conference play, scored one run in the first and three in the second inning and that was all they needed to eek out the win. The biggest scoring play of the game came in the third inning when pitcher Samantha Show doubled to deep center to score two runs and put the Aggies up 3-0 at the time.

Game two of the series will be on Saturday at 3 p.m. ET live on the SEC Network with Pam Warn (pxp) and Cheri Kempf (color) on the call from John Cropp Stadium.

Kentucky retired 13 of the last 14 batters in the game on Friday after falling behind, 4-0.

In the top of the third inning, pitcher Samantha Show doubled to deep center to score two runs and put the Aggies up 3-0 at the time.

Katie Reed was the key player in the game for the Wildcats, going 2-for-4 with two singles and scoring a run.

A lead-off walk came back to haunt the Wildcats in the top of the second inning when the Aggies loaded the bases with one out for Kaitlyn Alderink, who grounded into a fielder’s choice at second, scoring Samantha Show from third. TAMU 1, UK 0

The Aggies made it 4-0 in the third inning, as the first three batters all reached base and Show doubled in Kristen Cuyos and Ashley Walters to score two runs. Keeli Milligan then singled up the middle with one out to make it 4-0. TAMU 4, UK 0

Kentucky scored one in the bottom of the third after Rachael Metzger led off the inning with a single and pinch runner Kelsee Henson came around to score on a wild pitch and a passed ball. TAMU 4, UK 1

In the bottom of the sixth, Katie Reed singled to lead off the inning, and was sacrificed over to second by Bailey Vick. Reed came around to score on an RBI single into RF by Jenny Schaper. FINAL – No. 4 Texas A&M 4, No. 18 Kentucky 2