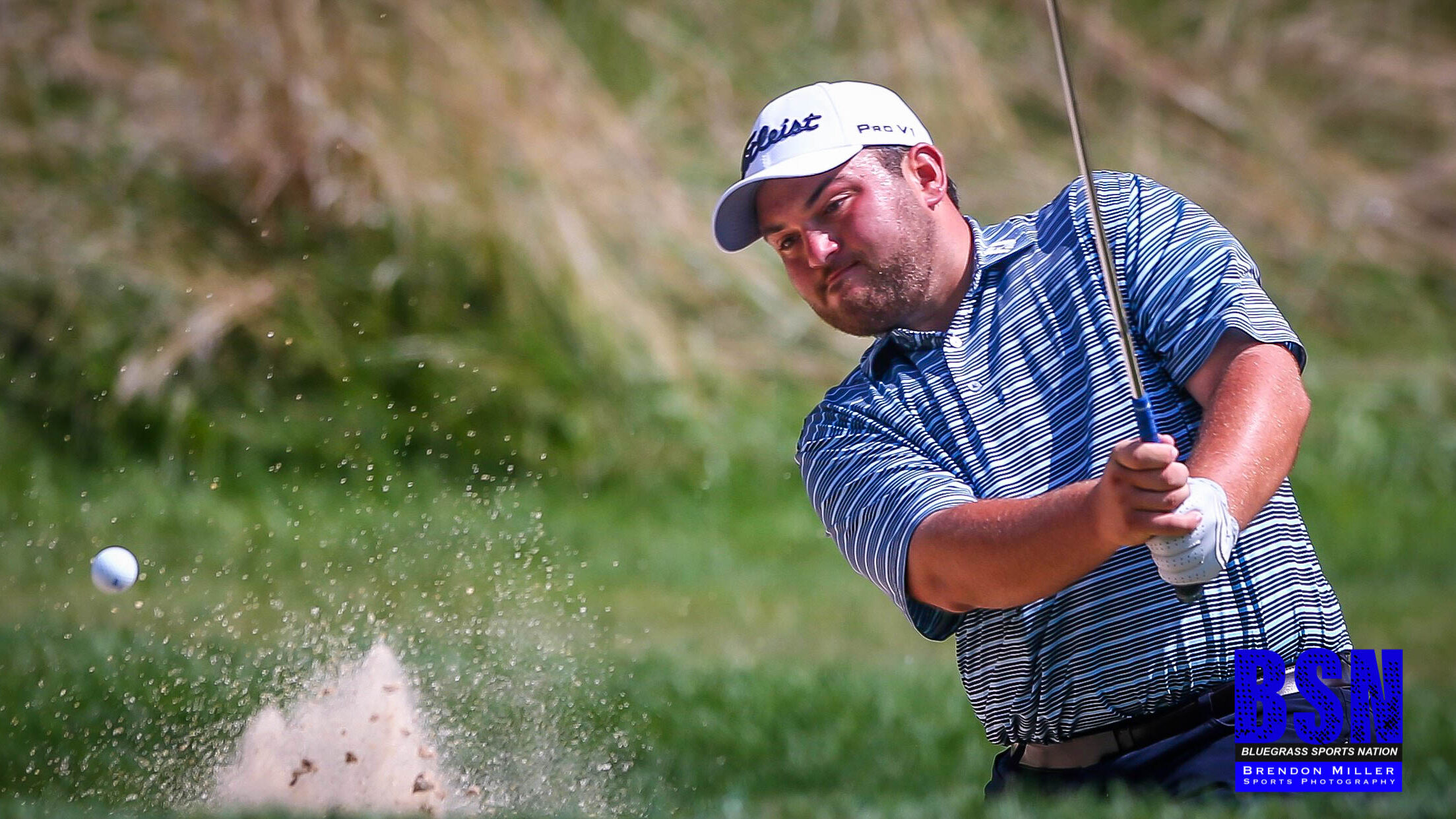 LEXINGTON, Ky. – (UK Athletics) Appearing in his first-ever PGA event, sophomore Kentucky men’s golfer Cullan Brown provided the Blue and White faithful with quite a show shooting 10-under par for the tournament and logging par-or-better scores during all four rounds at the Barbasol Championship held at the local Keene Trace Course in Nicholasville, Kentucky. Former Wildcats Stephen Stallings and Chip McDaniel also carded under-par scores during the local PGA event.

Brown had rounds of 72-68-67-71 to finish at 10-under par and a tie for 53rd on the leaderboard. On moving day, Brown posted his best round of the tournament which featured seven total birdies. That included a stretch where he birdied five-consecutive holes beginning at the par-four fourth.

Stallings was UK’s top finisher at 11-under par and concluded the tournament in a tie for 45th. Stallings charted rounds of 70-68-69-70. His second-round 68 featured four birdies and he played flawlessly with no bogeys on the day.

McDaniel posted a finish of 68th at 8-under for the week. He carded scores of 71-67-72-71 and joined both Stallings and Brown in having par-or-better rounds during all four rounds. His second-round 67 featured five birdies and a bogey-free day.

Jim Herman edged out Kelly Kraft by one stroke to take the $3.5 million purse. Herman scored a 26-under par combined score to win the event.