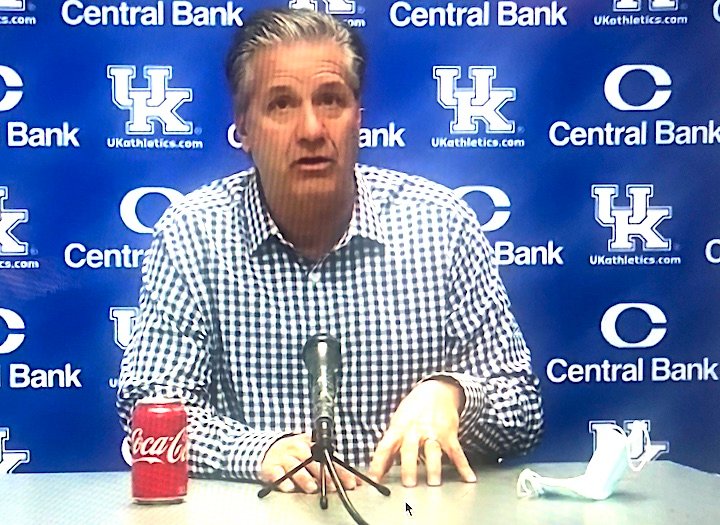 Kentucky’s basketball game scheduled for Tuesday against Texas A&M has been postponed because of a combination of positive COVID-19 tests, contact tracing, and the quarantining of individuals within the Aggies’ program.

The league has built-in make-up dates scheduled for March 5-7 in case games are postponed due to COVID-19 safety protocols, but a makeup date has not been determined at this time. It marks the second league game that has been postponed. UK’s home game against South Carolina originally slated for Dec. 29 was also postponed.

Calipari said the Wildcats could reschedule both league games.

“We could (reschedule),” he said Friday. “ We could reschedule. I don’t think – we only have one league game to make up (now two) and I don’t know. I’d imagine it would probably be, you know, what I might do is if they’re saying we’re not making up that game based on seeding like they’ll make it – South Carolina has missed a lot of games. So, they can’t play five games, four games in a week”

He said the late-season shuffle could come down to seeding for the league tournament. Calipari added playing teams outside the league also is a possibility.

“Which games are the most important that they make up for the seeding? Whatever that is, and if we’re not one of them, we have a week,” he said. “Yes, I’d try to schedule a couple of games. Matter of fact, I’ve had a couple of athletic director friends of mine who are at mid-majors that have said, ‘Hey if you want to play us, let us know.’ That’s a possibility.”