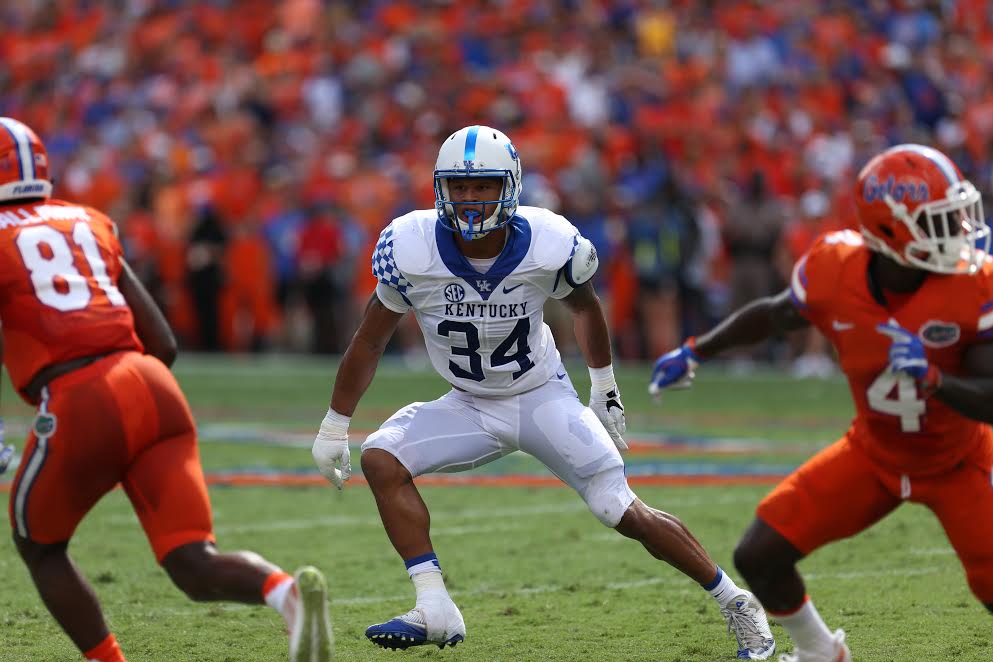 Junior linebacker led the SEC in solo tackles in 2016
LEXINGTON, Ky. – Junior linebacker Jordan Jones has been named at third-team defense All-American by Athlon Sports it was announced today. The All-America teams are based on how players will perform in 2017. Career statistics and previous awards matter in player evaluation, but choosing players for the 2017 All-America team and all-conference teams are largely based on predicting and projecting the upcoming year.

Jones, a native of Youngstown, Ohio, led the Southeastern Conference and ranked 16th nationally in solo tackles per game last season with 5.7 per game and ranked third in total tackles per game with 8.4. He totaled a team-high 109 tackles and led the Wildcats with 15.5 tackles for loss.

He also was a preseason first-team All-SEC selection by Athlon Sports and Southern Pigskin.

Season tickets for UK football’s attractive seven-game home slate are on sale now. They are available at UKFootballTix.com for $310 apiece with corresponding K Fund donations attached. Fans are able to use the Kentucky Football Virtual Venue to view and compare available seat locations and see a 360-degree virtual view from the seats inside Commonwealth Stadium. Payment plans will be available for new purchases and renewals.

Public season-ticket packages in Sections 201-203 and 209-211 are $240 apiece. Fans can view a seating chart with the various pricing levels here. Limited quantities of the Kentucky Football Pocket Pass will also return for the 2017 season, which includes a mobile ticket to all seven home games for a discounted price of $205 while supplies last.

The Wildcats will open the 2017 season with a game at Southern Miss on Sept. 2 and make their home debut on Sept. 9 vs. Eastern Kentucky University.