University of Louisville Student-Athletes Are Back on Campus, Were Tested Tuesday 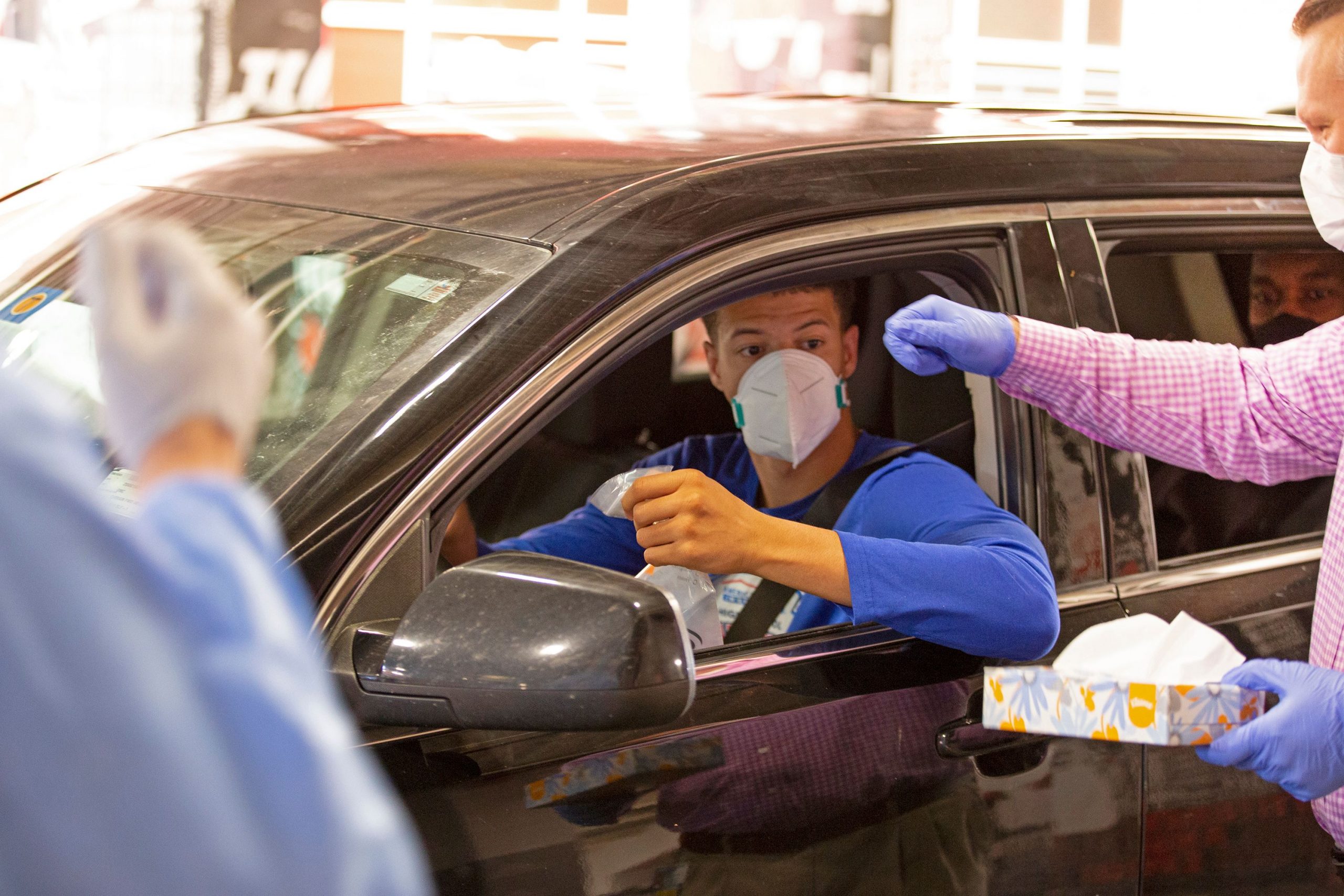 Over 120 student-athletes, coaches and staff were tested this morning as part of the first phase of the Cardinals’ return to campus

Drive-up tests were administered at Cardinal Stadium, a day after small groups of student-athletes representing football, men’s and women’s basketball, and men’s and women’s swimming returned to campus, a week ahead of any volunteer physical activity.

“Our return to campus is off and running,” said Tyra.  ”I think we need to set an example for our student-athletes and that was reason I did this.  I wanted to feel what they’re going to feel when they go through this. Hopefully they’ll follow the guidelines like we’re going to continue to educate them on and what we’ll have a successful return to campus.”

Under the first phase of the return to campus, a limited group of student-athletes totaling about 30 in football, plus as many as 15 each for men’s basketball, women’s basketball and swimming and diving, arrived on campus on June 1, with education on protocols to be employed prior to their arrival.

Over 120 student-athletes, coaches and staff were tested this morning.  Physical examinations are scheduled for June 4 and with voluntary physical training, not directed by coaching staffs, commencing on June 8.  Four UofL facilities — the Schnellenberger Football Complex, Trager Center, Planet Fitness Kueber Center and Ralph Wright Natatorium — are open with limited occupancy during the first phase.

Sophomore forward Samuell Williamson and his men’s basketball teammates were among those tested this morning.

“I’m very excited about being back on campus, getting the ball rolling for our upcoming season and working out with the guys,” said Williamson.  “I just got tested and it was a weird feeling, but I’m glad we’re taking the right precautions for our safety.”

UofL Athletics administrators and health officials had planned a phased return to campus over the last several weeks, with goals to:

•    Provide a phased progression into athletic activity to promote mental and physical well-being;

•    Provide a phased approach of opening and use of athletic facilities;

•    Provide a safe environment that allows student athletes to transition into supervised activity to improve their strength and conditioning;

•    Implement and adhere to operational guidelines to minimize the risk of virus transmission among student-athletes and staff; and

•    Create an environment that generates a change in personal hygiene practices so that best practices are being used in individual life.

Student-athletes are returning to campus voluntarily during the early phases to utilize the opportunity to work with the Cardinals’ athletic training staff and access UofL facilities for workouts.  It is not required participation.

An abundance of operational measures are in place to minimize the risk and potential spread of the virus, including such items as wearing masks, use of designated entrances and exits, passing electronic daily symptom checks, physical distancing, using gloves and hand sanitizers when necessary, checking individual temperatures and extensive disinfecting of used areas.  Protocols are in place should there be a positive test for the virus among staff or student-athletes.  Any portion of the plans are subject to change to assure health and safety of all involved.

UofL Swimming and Diving Head Coach Arthur Albiero, who welcomed back about 15 of his student-athletes to campus, was tested this morning.

“I’m very grateful that our department’s been on top of things,” said Albiero.  “I think it’s great that you know from a safety standpoint as a parent, who has children on the team as members of our athletic program. It’s very reassuring. And certainly as a coach, who is responsible for a multitude of people, to know that we’re on top of things.”

If all proceeds well with Phase 1 and dependent upon NCAA rules, in the next phase an additional 30 football and 60 Olympic sport student-athletes would arrive on campus on June 15.  The group would experience similar preparations before engaging in voluntary physical activity by June 22 within their respective venues.  During this stage, additional athletics facilities would be opened with limited occupancy.  For instance, workouts within the Marshall Center would be in small groups in staggered sessions throughout the day, with disinfecting occurring after each session.

In the third phase of the plan, the remaining football student athletes would be back to campus on July 7, preparing to begin voluntary physical activity on July 13.  Up to 60 additional student-athletes could be included as well in this phase should it be permitted by the NCAA with access to work out in the Marshall Center as appropriate.

By the fourth phase in early August, all student-athletes would return to activities with full practices, scrimmages and competitions as allowed by NCAA or ACC guidelines.   All athletic facilities would be open by this time.