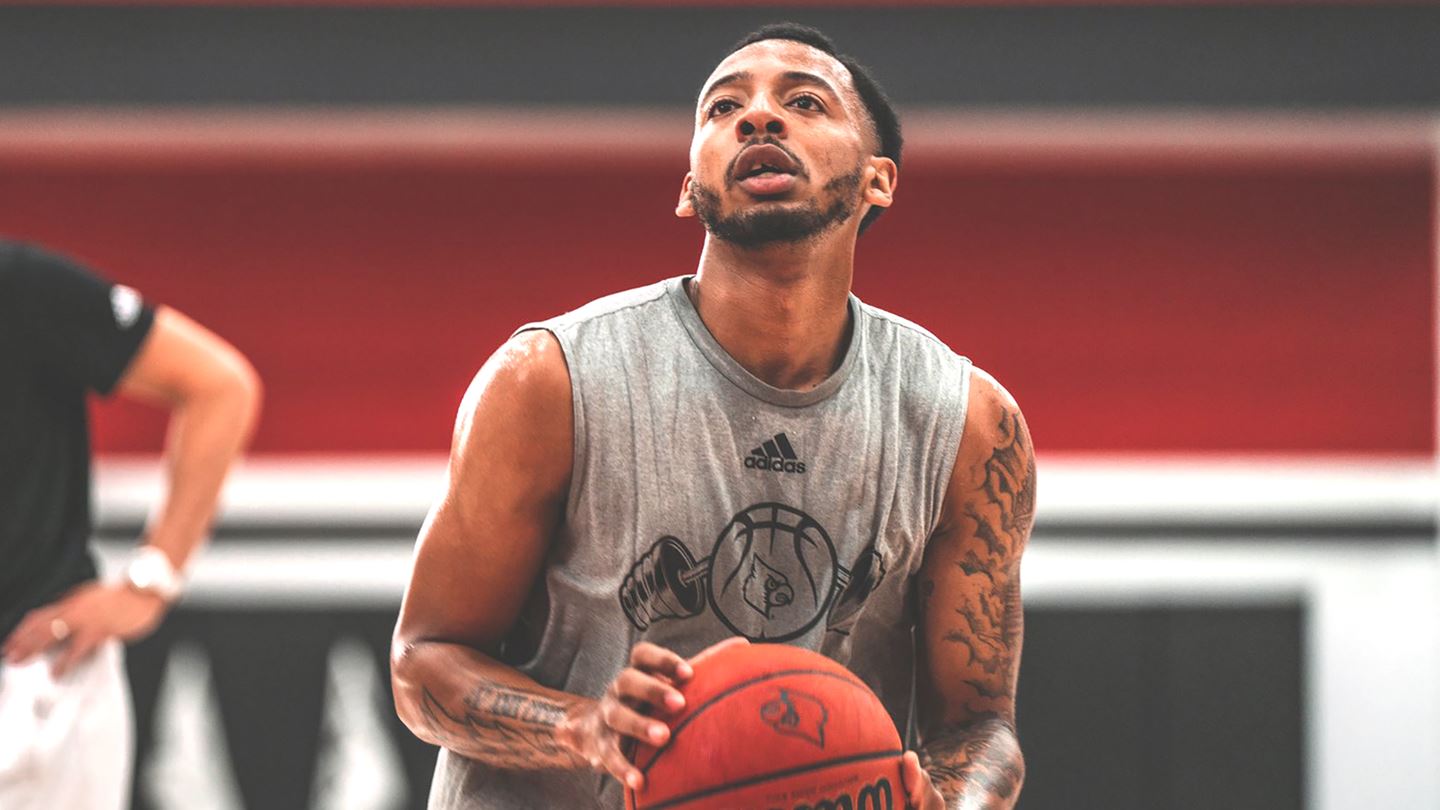 University of Louisville guard Carlik Jones is ready to provide leadership, confidence and whatever is necessary to his new team as a graduate transfer for the Cardinals this season.

While Jones was a prolific scorer and playmaker as a junior last season at Radford, he is clear on what his role with the Cardinals can be this year.

“I’m just ready to take on that leadership role and do whatever I can,” said Jones in a virtual press conference on Thursday.  “Being that veteran guy and just help me in any way I can.  If it’s scoring, it’s scoring.  If it’s an assist, it’s an assist.  If it’s diving on the floor, basically it’s just doing whatever I can to win. I’m big on winning.  I can have two points, one assist, and one rebound, but if it says Louisville won at the end of the game, I’m all for it.  Whatever I can do to contribute and win and hopefully get us to a national championship, I’m here to do.”

Noted as the top graduate transfer in the country by ESPN, Jones averaged 20.0 points, 5.5 assists, 5.1 rebounds and 1.4 steals as a redshirt junior in leading Radford to a 21-11 record last season and their second straight Big South Conference regular season championship in 2019-20. He is ranked among the top 25 players in college basketball for 2020-21 by ESPN.
He was highly sought after when he made the choice to move to another institution for his final collegiate season.

“As I got into the transfer portal and I started to look at schools, Louisville was one of my top schools”, said Jones. “That’s when you look at the roster, look at their playing style, look at you know who’s returning and who’s leaving. So that’s what I kind of got all my knowledge about Louisville.  I like the situation here, I like the guys here, and I felt like it was a good place to be.”

Jones was the only player in the nation to average at least 20.0 points, 5.0 rebounds and 5.0 assists per outing last season, and was one of just 16 players in Division I men’s basketball to do so since the 1996-97 season.  His scoring average was 28th in the nation and his assists per game ranked 36th nationally.

Honored as the 2019-20 Big South Player of the Year, Jones was one of 31 players chosen for the Lute Olson All-America team, and was named to the Lou Henson All-America team, a list of 40 top players from mid-major universities.
Last season, Jones produced 18 games with 20 or more points, including scoring 30 or more on three occasions, and had 16 games with five or more assists, including four with 10 or more.  His 175 assists and 641 points were both the third-highest totals in Radford history.  He became the seventh player in Big South Conference history to reach over 1,000 points, 400 rebounds and 400 assists in a career. His 1,552 career points rank eighth at Radford and his 469 assists are the third-highest for the Highlanders.

Jones and the Cardinals were on campus for voluntary activities on June 8 before the Cardinals temporarily paused workouts for two weeks in early July.  The team returned to the court on July 20 when the summer access period began, which under NCAA rules allow up to eight hours per week for weight-training, conditioning and skill instruction, with not more than four hours of skill-related instruction per week.

“I like how we’re able to be be here with the virus going on,” said Jones. “For us to be able to be here, work out and be around each other is a bonus. Some schools aren’t even back because of the virus, so it’s kind of like a bonus being here now as a kind of step ahead.”