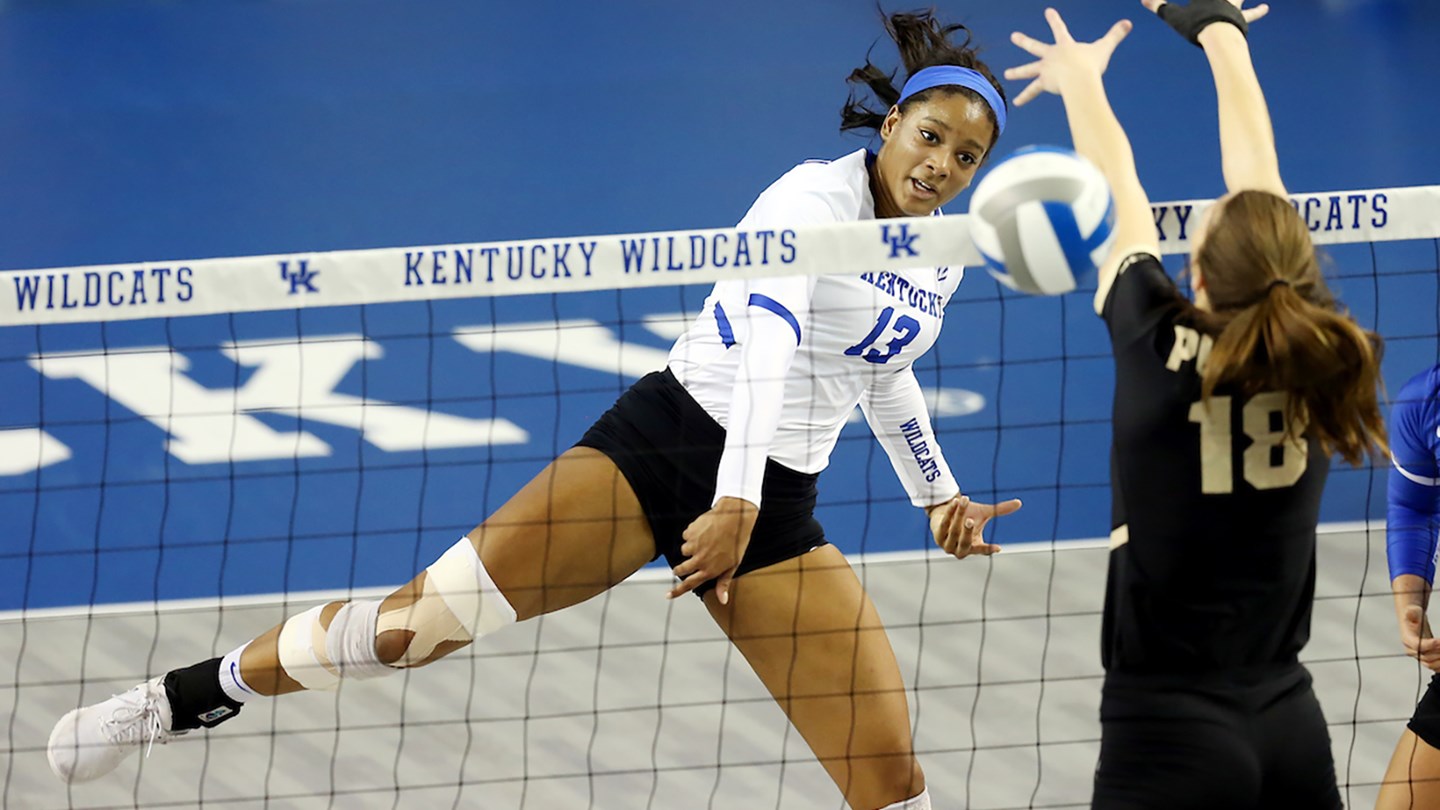 Leah Edmond with 19 kills in five-set win over Gators

Kentucky now runs its SEC win streak to 29 straight matches dating back to 2017 and put its grasp on the conference lead, as the only 4-0 team through two match weeks of play. Kentucky has now won a season-high five matches in a row and sits 11-4 overall on the campaign.

Sophomore outside hitter Alli Stumler (15) and senior Leah Edmond (19) led the Wildcats in kills and continued their hot streaks as they both had a double-double in kills and digs. Leah Meyer added 11 kills of her own and 7 blocks.

Defensively, Kentucky had four players with 10 or more digs with junior libero Gabby Curry pacing the way behind 19 digs. The Buford, Georgia native has double-digit kills in every match but one this season. The Cats were able to hold the Gators to .130 hitting for the whole match.

Kentucky will take on Georgia this Friday for the Breast Cancer Awareness match at Memorial Coliseum. The match will start at 7 p.m. ET and will be shown live on the SEC Network+, ESPN3 and the ESPN app.

The Wildcats came out hot and took an early 6-1 lead through the first seven points, hitting 1.000 and causing Florida to call its first timeout. Leah Edmond had eight of the first 13 attacks for UK and five kills. The timeout didn’t slow Kentucky down as they continued their dominating offense. The Cats won the set 25-12 off a kill by Alli Stumler. Edmond lead all players with six kills. Kentucky was able to hold Florida to a -.138 attacking percentage in the first set.

The Cats got off to a slow start with Florida taking the lead 6-4 in the beginning stages. The two teams continued to trade stabs at the lead throughout this stanza and after a block by Florida to go up 14-10, Kentucky called a timeout. The Wildcats tried to regain momentum towards the middle of the set, getting within four points causing Florida to call a timeout at 22-18. However, it just wasn’t enough as the Gators took set two, 25-19.

UK and Florida continued to trade points in the early stages of this frame with neither team held no more than a two-point advantage. Florida eventually gained a five-point lead late in the set and did not let up, winning the set 25-22. The Gators held Kentucky to .098 hitting percentage in the third set to take a 2-1 lead.

With a kill and ace from Edmond, Kentucky went on a 4-0 scoring run to begin the fourth set. The Wildcats were able to add to their lead with two quick kills by Caitlyn Cooper and a massive stuff block at the net with Cooper and Kendyl Paris. UK’s offensive takeover forced Florida into a timeout with the score sitting at 12-8. The timeout didn’t slow Kentucky’s momentum as they took over the set causing Florida to take another time out with the score at 22-14 in favor of the Wildcats. Off an error from the Gator attack, Kentucky took set four, 25-19.

Kentucky started the fifth set off with 4-0 run causing Florida to call the early timeout. UK led 8-3 at the changeover as Edmond hit her match-high 17th kill. The Cats offensive and defensive presence didn’t stop as they stretched their lead 12-4 towards the end of the set forcing Florida to call another timeout. With a serving error by Florida and kill by Edmond, Kentucky won the match, 15-8 as Memorial Coliseum erupted.