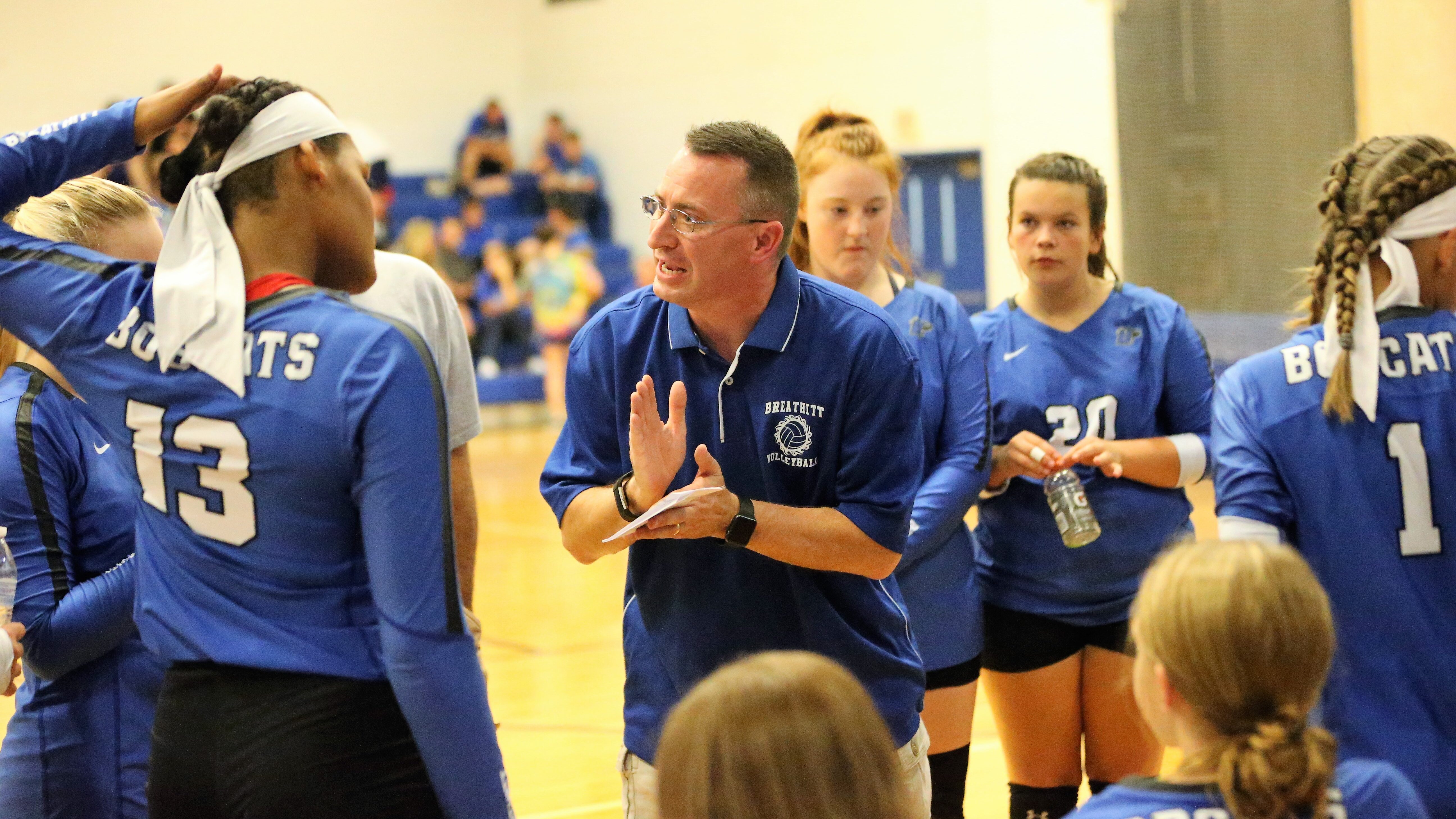 The Breathitt High School VolleyCats completed Week One of the 2019 KHSAA Volleyball season with a 3-2 win over the Knott County Lady Patriots.

“I am pleased with the heart and determination that my girls showed in a tough game,” BHS Head Coach Stephen Bowling said.  “They never gave up and worked together to shake off the first game butterflies and find a way to win.”

The VolleyCats lost the first set to Knott by a score of 26-24, but roared back to claim the second with a 25-16 win.  Set three went to Knott County in a marathon 28-26 score.  Breathitt took the fourth set with a 25-17 win and closed out the night with a 15-4 win in the shortened fifth set.

The VolleyCat scoring was lead by Adreonna Schutz with 16 kills, Kaileigh Brown with 8, Kenie Robertson with 6, and Chloe Richart with 5.  Emalee Watts recorded 25 assists and added 4 digs to the night’s effort.  Adryona Salyers’ 11 digs helped establish a strong defensive backcourt while she added five assists.

Other highlights included a team total of 35 service aces with Chloe Richart delivering 12, Brown with 11, and Schutz with 7.  Breathitt also added three blocks on the night.

Despite their strong offensive efforts, the Volleycats recorded 24 service errors and had a service percentage of 77.4%

“I am very pleased with what we saw on the offensive side against a very good Knott County team,”Bowling said on Monday.  “We still have a great deal of work to do in some areas to get where we want to be in the 14th Region.”

The VolleyCats, ranked third in the pre-season poll for the 14th Region by the Kentucky Volleyball Coaches Association, stand at 1-0 headed into Week Two.  The Knott County Lady Patriots closed the week at 2-2 with wins over Hazard and Berea and a loss to Anderson County.

In Week Two, the VolleyCats take on Powell in Stanton on Tuesday (tonight), and a tough rematch with Knott on Thursday, August 29 at Hindman.   Breathitt will close out Week Two with at least four matches in the Seeds For Success Tournament at Flemingsburg.