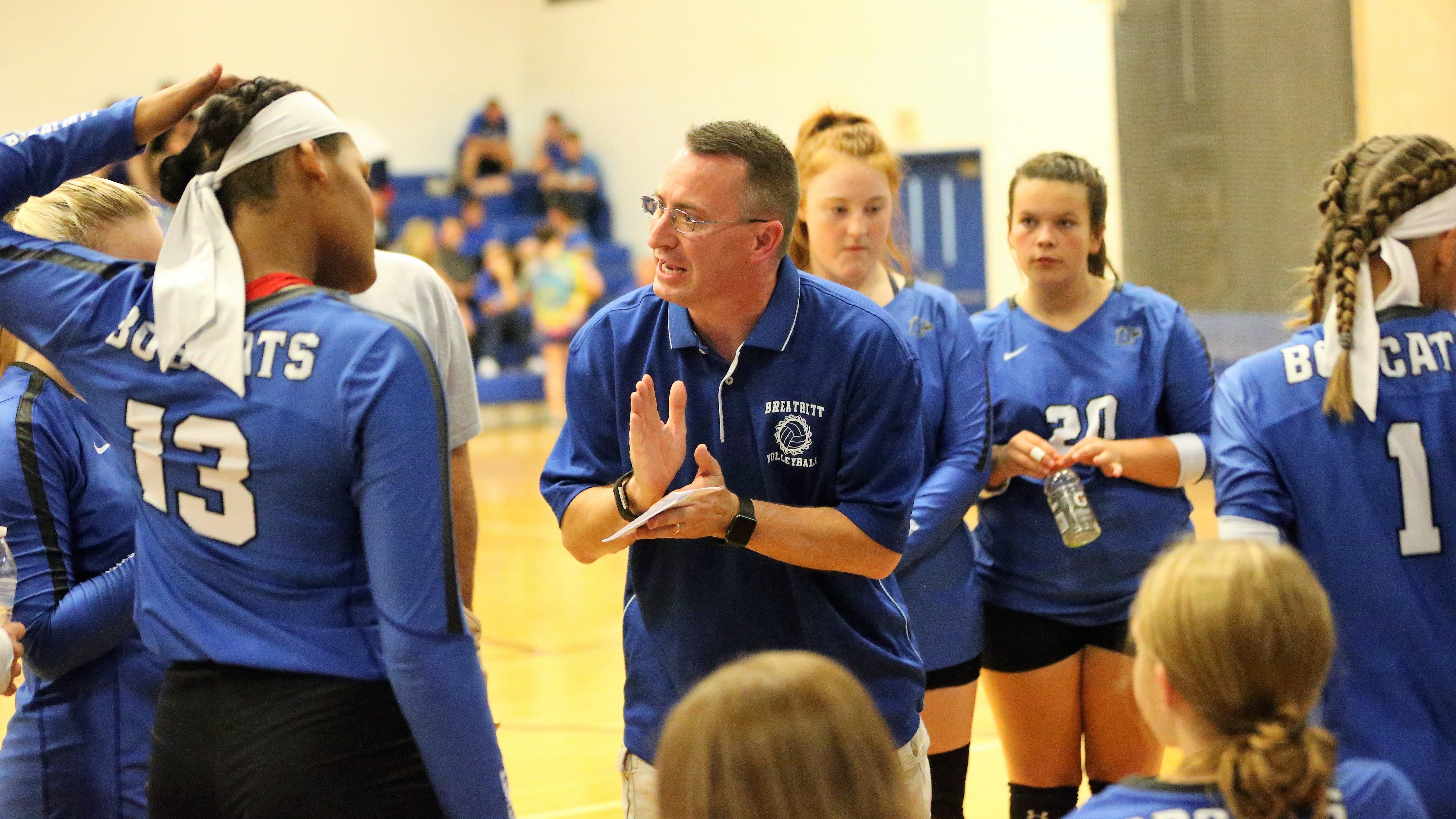 Begin All A Region Tournament this Week

The Breathitt High School VolleyCats continued to roll during Week 2 of the 2019 Season racking up five more wins.

The VolleyCats travelled to Powell County on August 27th to take on a young team headed by Coach Ken Jones.  The VolleyCats came out cold and dropped the first set by a score of 16-25.  Sets two, three and four were all won by Breathitt in part due to the hard hitting by Adreonna Schutz with 14 kills and Kaileigh Brown who added 11.  Chloe Richart added several blocks and a constant net presence to help lead the Cats to a 3-1 victory over a tough Pirate team.

Breathitt then traveled to Knott County on Thursday, August 29th to take on a tough Lady Patriots team for the second time in two weeks.  Breathitt lost the match by a score of 3-1 after taking the first set.  Adreonna Schutz and Chloe Richart lead the Volleycats with a combined 26 kills.  Emalee Watts contributed 28 assists and the team recorded 68 digs led by Watts with 20, Schutz with 11, and Richart with 10.  Adryona Salyers added 2 kills, six digs, and 3 service aces.  Sophomore Adreonna Schutz collected four solo blocks in the losing effort.

The VolleyCats Varsity team traveled to Flemingsburg on Saturday, August 31 to participate in the annual Seeds-4-Success Tournament at Simons Middle School and at Fleming County High School.  The Ladycats were 2-1 in pool play defeating Nicholas County and Pendleton County and taking a loss to a hard-hitting Boyd County team.  The VolleyCats went into the tournament as the second seed and defeated the host team of Fleming County by a score of 2-0.  In the semi-finals, the VolleyCats fell to a very good Owen County team by a score of 2-1 after winning the first set 25-22, and losing the second and third by scores of 25-18 and 27-25.

The Seed-4-Success Tournament provided the VolleyCats the opportunity to play outside the 14th Region and to face some very good teams and a wide variety of offense and defensive schemes.  Their only two losses came to Boyd County and Owen County who ultimately finished first and second in the tournament.  During the five matches of the Seeds-4-Success Tournament, the VolleyCats were led by Kaileigh Brown’s 11 serving aces, Adreonna Schutz’s 41 kills, Chloe Richart and Kenzie Robertsons’s 4 blocks each, Emalee Watts’s 67 assists, and Adryona Salyers with 32 digs.

“I am very proud of our Volleycats.” BHS Head Coach Stephen Bowing said.  “They had a long and tough day with more than 16 hours of volleyball and travel.  The played hard and gain invaluable experience that we can use in our district and region.  These type of events make you grow as a team and we are better for having the opportunity to participate.”

The 5-3 VolleyCats begin All “A” Tournament play at BHS on Tuesday, September 3 when they welcome the 1-3 June Buchanan Crusaders under the direction of Doug Clark to the campus for the opening round beginning at 6:00 p.m.

UPDATE: The VolleyCats defeated June Buchanan in 3-0 to advance in the All A. Breathitt will now play Knott Central for the third time this young season on Thursday Night.