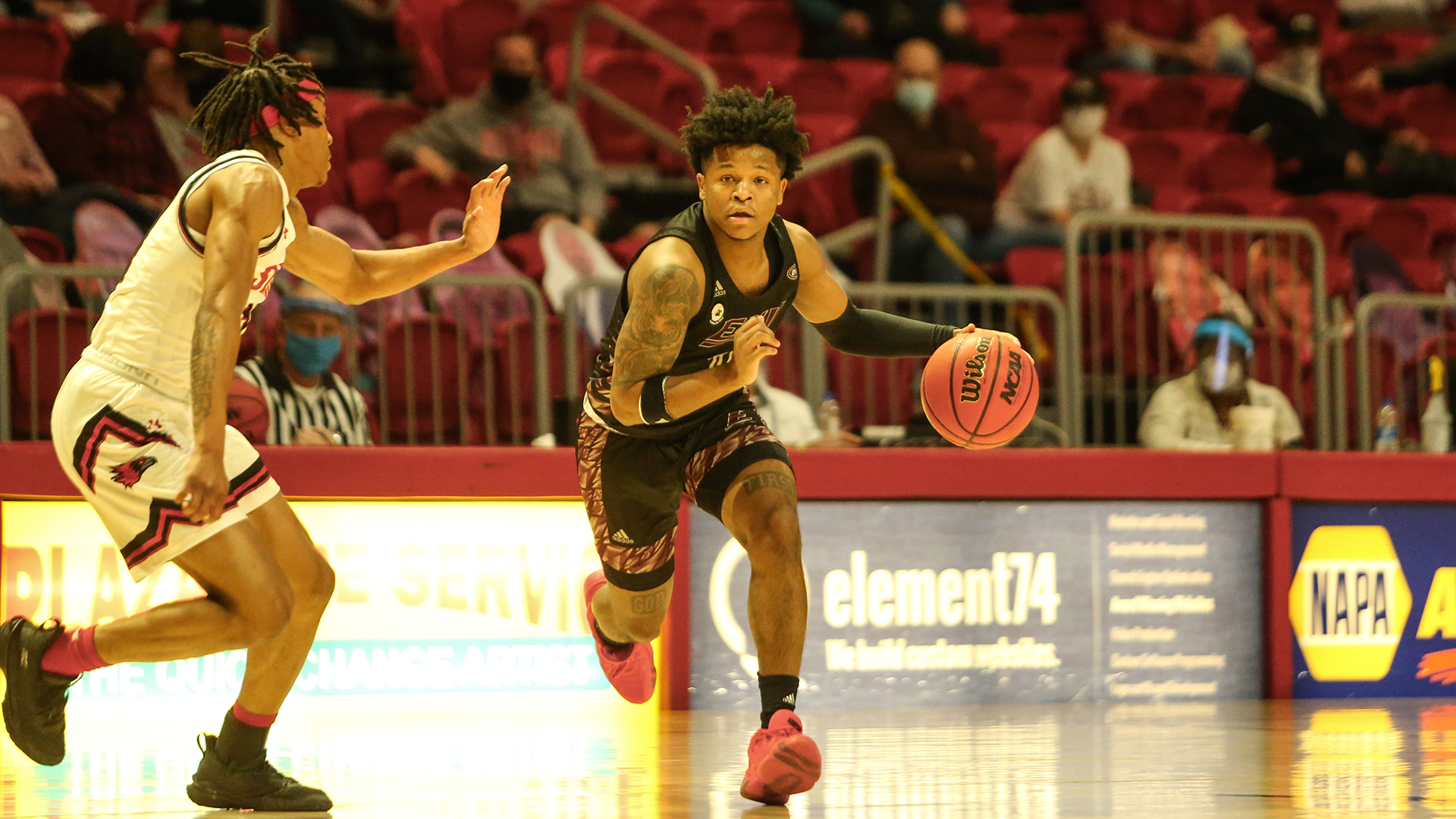 Green Jr. is now a finalist for the Kyle Macy Award, which is presented annually to the top freshman in Division-I college basketball.

Green Jr. was voted first team All-Ohio Valley Conference in his first season at EKU. The 5-11 guard ranked fourth in the conference in scoring (15.8 points-per-game) and second in assists (5.0-per-game).

He currently leads all Division-I freshmen in assists (146) and is second in total points (457).

His 146 assists are a new EKU freshman record.

Green Jr. was also voted to the OVC All-Tournament Team following a stellar performance in Evansville last week. He averaged 26.0 points, 4.5 assists, 3.0 steals and 3.0 rebounds-per-game in the postseason.

The recipient of the 2020-21 Kyle Macy Award will be announced on April 1.