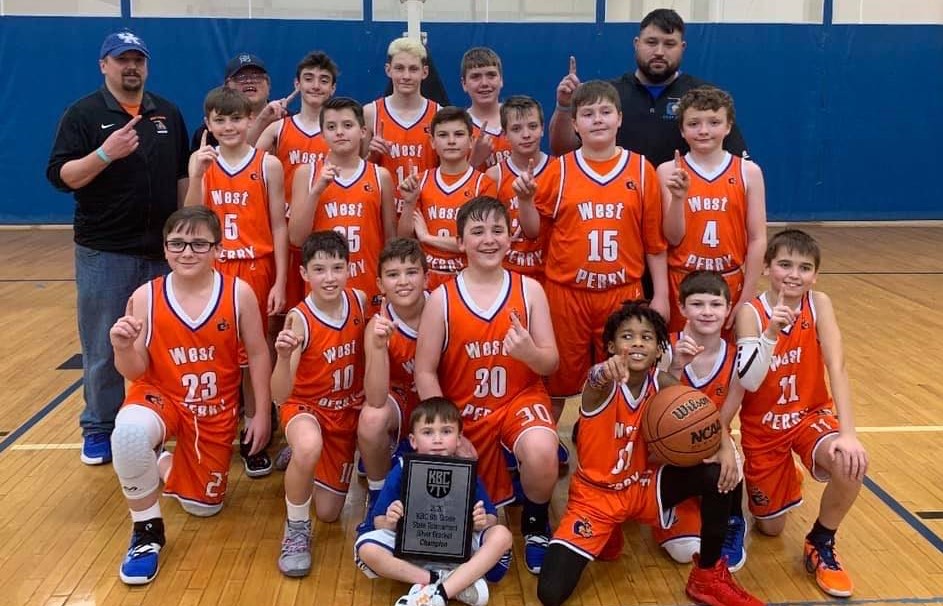 The Warriors played in the KBC State Championship last weekend from Friday, January 10th through Sunday, January 12th. The Tournament had a field of 69 teams. The tournament setup was for two games of pool play and then a tournament based on seeding from pool play.

West opened pool play on Friday with a 48-40 OT win over South Oldham. On Saturday morning, the Warriors lost their first game of the season to Northern Pulaski 52-47, completing pool play at 1-1.

The silver bracket was played entirely on Sunday. West opened with a win over B. Michael Caudill Elementary, by a single point, 34-33. West next defeated Campbell County 48-31 to move to the silver bracket Final Four.

In the semi-finals, West defeated Westport from Louisville, whom has only lost a single game on the year, 28-24. The Warrriors were able to get the win despite the loss to injury of Dillon Easterling.

In the Finals, the Warriors took on the defending State Champs from North Laurel. The Warriors took the bracket championship with a 52-44 win!! The Warriors were 6-2 on the weekend, with those two losses being their only two of the season.

Congratulations to these great young men and coaches!!! #mountainproud