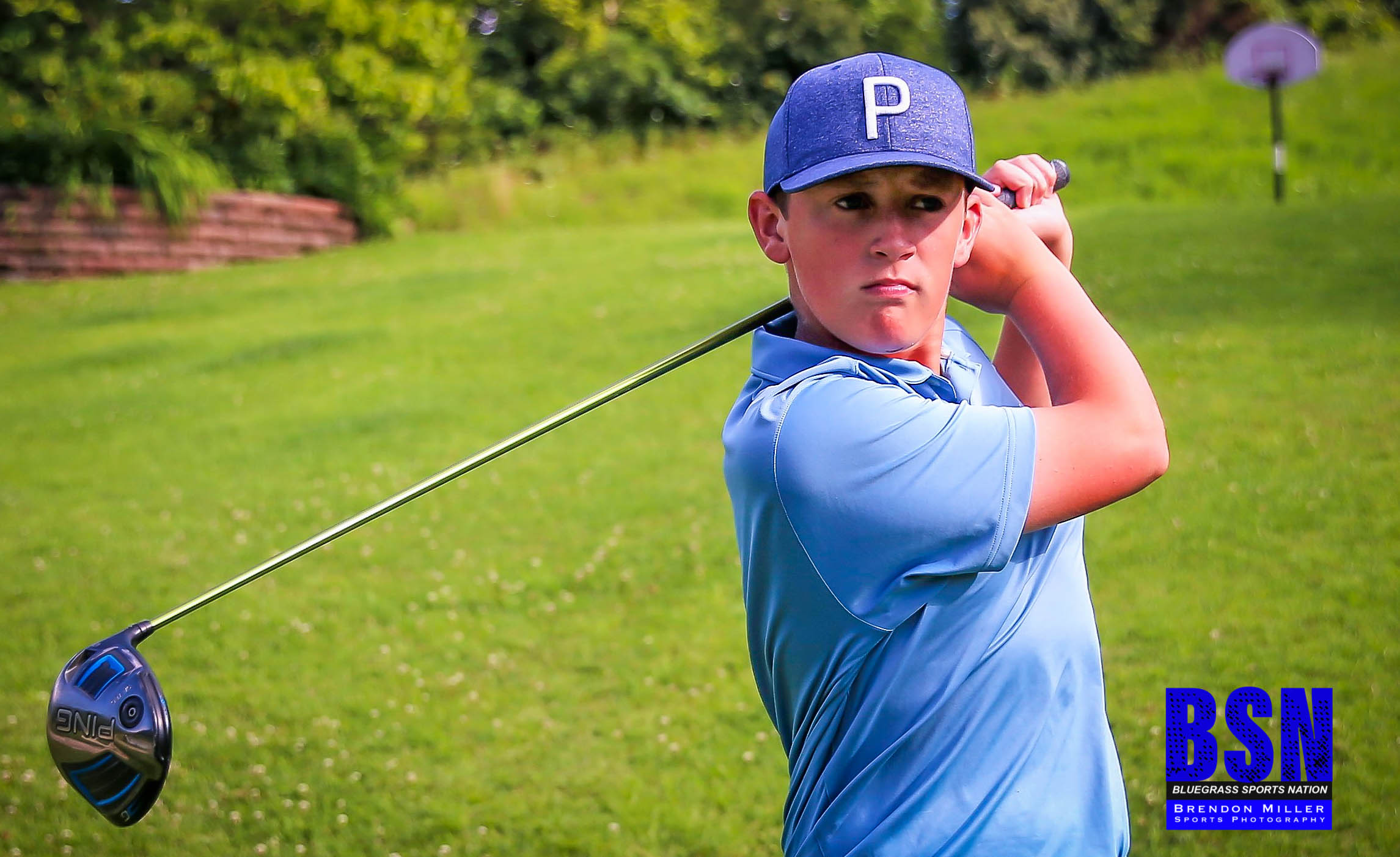 Breathitt County’s very own Weston Miller, continues to excel on regional golf tours and bring plenty of hardware back to Jackson.

For the third consecutive spring, Weston has won the Charleston, West Virginia U.S. Kids Golf Spring Tour.  The Charleston Tour is one of many that U.S. Kids Golf conducts in major U.S. cities as well as international locations.  Miller, the 12 year old son of Terry Miller and Beth Moore Miller, has made the Charleston spring tour his home, playing events on courses from Huntington to The Resort at Glade Springs.

Weston has not only won the Tour each year, he is undefeated during that time, winning all 16 events in which he has played.  Weston’s 2019 stroke average was 77, which was in his opinion, a little high due to some high rounds early in the season hindered by winter rust.  The final three tournaments of the 2019 Tour he carded rounds of 75, 74 and then 73 in the Tour Championship, a round consisting of three birdies and an eagle. The Championship was Weston’s 44th junior golf tournament victory. Most importantly, the Tour Championship qualifies him for the U.S. Kids World Championship later this summer in Pinehurst, North Carolina.

Pinehurst is the renowned golf Mecca of the United States, and Weston fell in love with Pinehurst on his initial trip in 2017 where he competed on Legacy Golf Links, a Jack Nicklaus design.  Everything in Pinehurst revolves around golf and that has proven to be a match made in heaven for his love of the game.

Weston has already been to Pinehurst this year, in fact just last month, to compete in the U.S. Kids Red, White & Blue invitational at Pinehurst No. 8.  A cold putter and poor opening nine in round one made the leaderboard an uphill climb.  Weston was able to grind out a 16th place finish competing against a representation of the best players from fifteen states and three countries including the 2017 World Champion.  Most importantly, confidence and familiarity were obtained on the Pinehurst No. 8 course, which will be the host course for the World Championship, on August 1-3.

On July 11th Weston will compete in the first round of qualifying for the Drive, Chip and Putt competition, to attempt to get back to the Finals at Augusta National Golf Club, home of the Masters.  In 2016, Weston was the first Kentuckian to quality for the National Finals at Augusta and is putting in the work to get back. Finalist must advance through three rounds of qualifying to earn a spot in the Finals.

At the age of eight, Weston watched his first Drive, Chip and Putt National Finals in 2015.  Immediately he had the dream of qualifying for Augusta National the following year. Weston practiced with that dream and determination while ignoring the probability of being one of 10 national finalists from an opening field of 5,000 golfers across the country.  The fairways and greens of Sugar Camp combined with Weston’s hard work and determination resulted in dream becoming reality the following year at Augusta.

Weston picked up the game at Sugar Camp Golf Club in Jackson, where he started roaming the greens at the age of one with a plastic putter with his father Terry.  As Weston grew and became more and more enamored with the game, he put in hours and hours of work at Sugar Camp, providing him the basis for his skills and propelled him to compete in tournaments in Kentucky, Tennessee, and West Virginia and on various tours including the Kentucky PGA, Hurricane Junior Golf Tour and US Kids Golf.

Equally impressive is Weston’s success rate considering a limited tournament schedule due to climate and tournament availability compared to kids in other regions of the country. Needless to say, Weston makes the most of his opportunities and he certainly puts in the work. Terry estimates that he and Weston average traveling 20,000 miles each golf season between tournaments, practice and golf lessons. Terry gets the pleasure of seeing all of Weston’s exploits as he caddies for him in events as well.

When asked what part of his game he works on most, he replied, “All parts of the game are equally important, and I work on them all daily.” A mature and excellent answer. Also when I asked him if he was more fond of Augusta or Pinehurst, he stated, “Both are great places that love golf and have a historic place in the game. I love them both and hope to be at each many times in the future.” We hope he is as well!!

Weston will be an 8th Grader at Breathitt County Middle School this fall and will again be a key member of the Breathitt squad, whom are defending 14th Region All A Champions. Weston was part of that team, and Terry is the head coach.

As I continually say, our Mountain kids continue to do great things, and Weston is a great representative of our community and Eastern Kentucky in his travels.

Best of luck to Weston at the U.S. Kids World Championship where he will compete against a world class field of 165 golfers from over thirty countries!