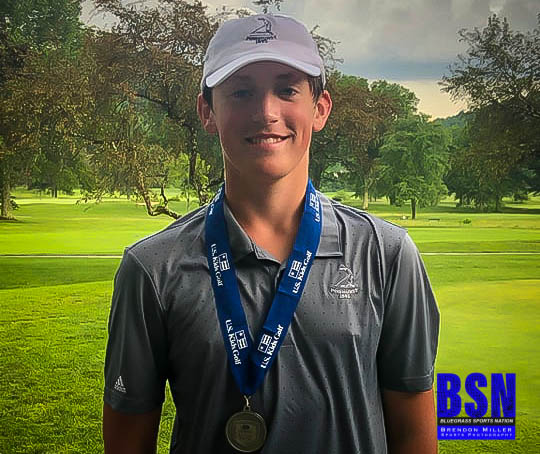 Weston Miller has competed on the US Kids Golf Tour the past four springs in West Virginia. On Saturday, Weston, now 13, won the Tour Championship event for the fourth consecutive year. The event was held at Edgewood Country Club just north of Charleston, and Weston was competing in the 13-14 age division.

The weather was sunny and humid for most of the round but heavy storms rolled in quickly late in the back nine as Miller played the 18th hole. Adverse conditions would prevent completion of the round but Miller was declared the winner of the rain-shortened event utilizing US Kids scoring protocol for such circumstances.

Best wishes to Weston from BSN in his next scheduled event on June 20 in Huntington.