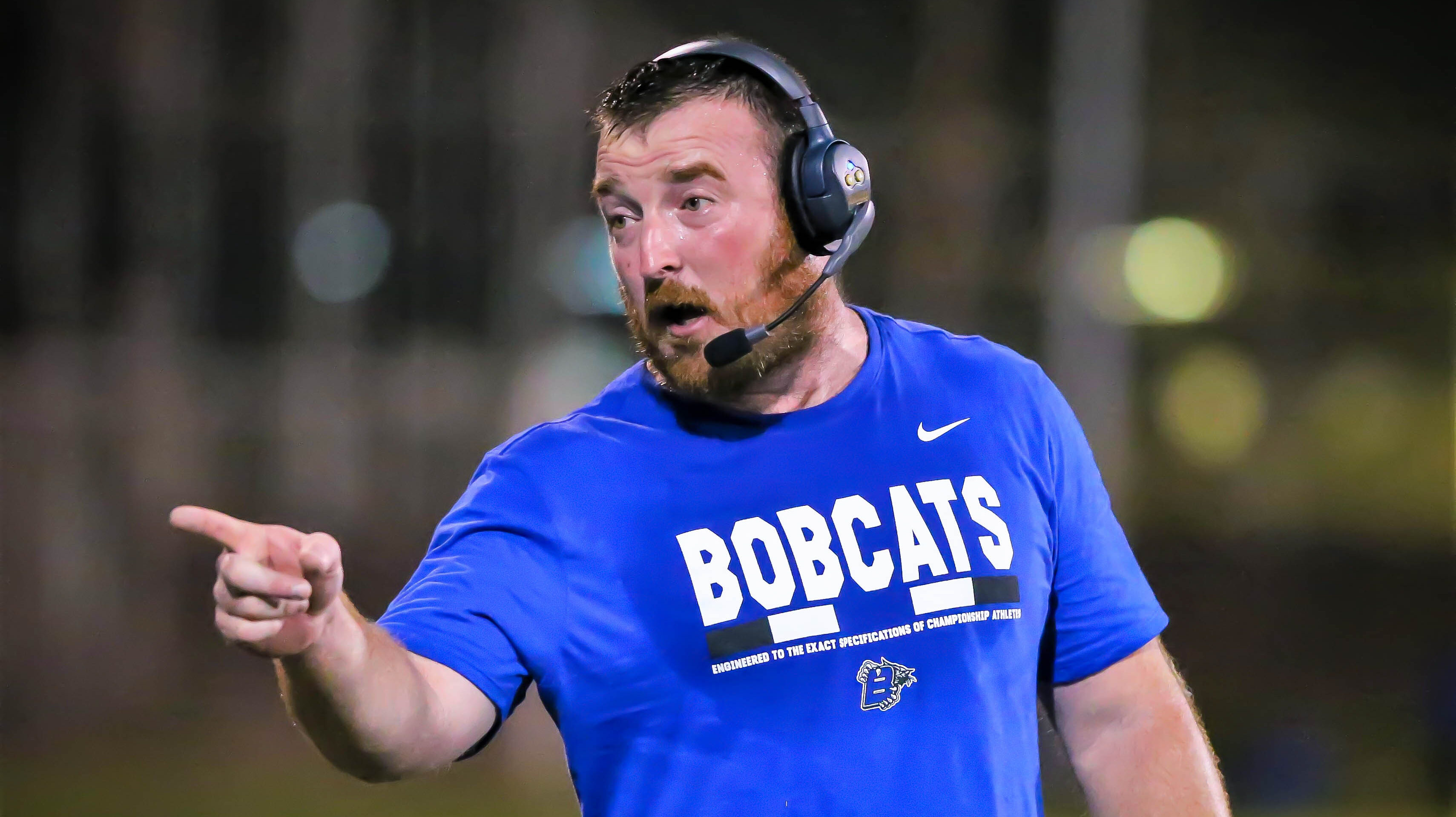 Bobcats at Cavaliers, Friday at 7:00

The Breathitt County Bobcats will open their 2019 campaign against the Jenkins Cavaliers this Friday night. After a summer full of work outs, 7 on 7 passing tournaments, and two scrimmages against bigger schools; the Bobcats are chomping at the bit to showcase all of their hard work.

Speaking of hard work…. Jenkins head coach Kenny O’Quinn Jr. has definitely been putting it in. Renovations to Jenkins Independent School has kept school from starting. That’s a major problem for a program whose players can’t get to practice without riding a bus. When I talked to Coach O’Quinn early this week, he told me an assistant coach and himself transport 8 to 9 players to and from practice. This has been the routine since they opened summer practice on July 10th. Coach O’Quinn said, “I just want to give these kids the opportunity to play football. It has been tough, and expensive.”

That is the type of work ethic Coach O’Quinn has instilled into his players. The Cavaliers head coach was quick to give praise to his players, “The kids we have, have worked as hard as anyone could ask. They just want to play football.” With minimal transportation, and the school still not in session, the number of players has been down for the Cavaliers. Jenkins has thirteen players on their roster. If that isn’t tough enough, after an incident during a scrimmage with East Ridge, the Cavaliers were on the verge of forfeiting the game against Breathitt.

So how does this game happen? Jenkins’ doesn’t have enough players available to field 11. Where there’s a will, there’s a way…. To ensure that Jenkins is able to play this Friday, Coach Moore agreed to play only eight players at a time. Coach O’Quinn praised Coach Moore during his interview, “Breathitt could have forced us to forfeit but they have chosen to work with us and that speaks volumes about Coach Moore and his program.”

As a former Breathitt Bobcat, I am extremely proud. Coach Moore was an assistant when I played, and he hasn’t changed a bit. Coach Moore is a stand-up guy, and his players are a reflection of that. Although Breathitt and Jenkins will be on opposite sides this Friday, they are both on the same team when it comes to the love of the game.

Now that we have a game to play, let’s look at some key players to watch. When talking to Coach O’Quinn, I asked him who should BSN keep an eye on this Friday. “Senior quarterback #5 Hayden Fleming, senior running back #1 Dawson Sheets, senior center #78 Jeb Keel, freshman slot receiver #11 John Addington, and lineman #77 Sam Hall are the guys to watch.”

If you have been following our coverage this summer, you are well aware of the skilled players to watch from the Breathitt Bobcats. When talking to Coach Moore he highlighted the development of both the offensive and defensive line. “I am very proud of our offensive and defensive line. They have worked really hard and keep improving. It’s been fun to watch. They have the potential to be a great group.” This should be exciting news for the Bobcat faithful who saw all five starters on the offensive line graduate last year. If the line continues to improve and becomes a great unit, the sky is the limit for this Bobcat squad.

As we inch closer to opening kickoff, we at BSN are beyond proud to be covering this game. The sportsmanship between these two programs is phenomenal. The game of football is so much more than just a game. This is a prime example of that. Where there’s a will, there’s a way!!!

We hope to see all Bobcat fans in Jenkins on Friday Night, but if you can not make it, BSN will stream the game live on Facebook – that is, data service permitting. This year BSN will show Breathitt games live however, our regular “webcast” with commentary and multiple cameras, will not officially begin until next week when we know we will have a good connection at BHS. BSN brings you all our Breathitt Coverage, from articles, to pictures, interviews and live streams, courtesy of First National Bank of Jackson!!!!