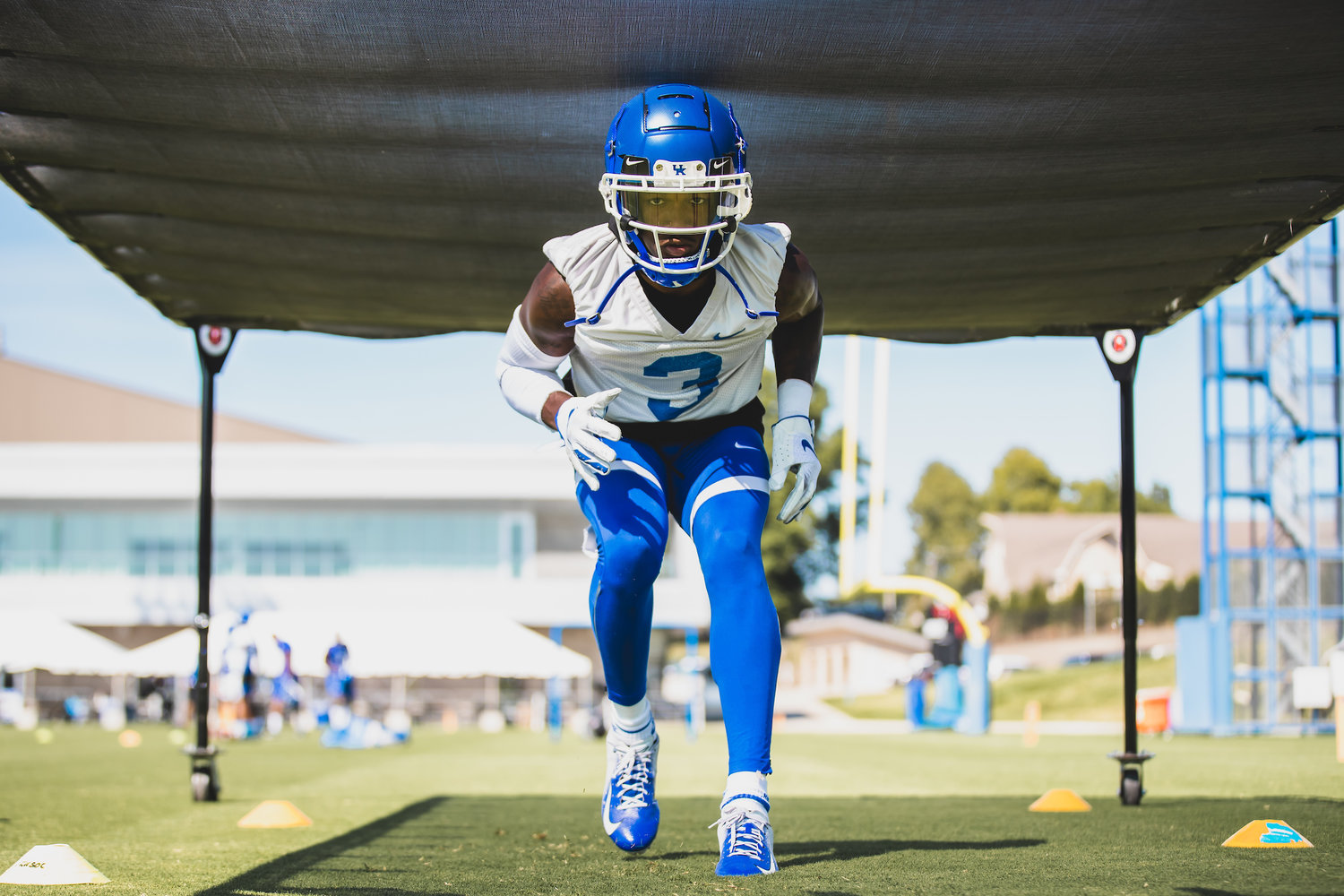 Brad White knows what it’s like going up against the best on a weekly basis so he embraces Kentucky’s 10-game Southeastern Conference schedule this season.

White, a former assistant coach with the Indianapolis Colts in the National Football League, said the Wildcats’ slate, featuring all the teams from the SEC East, along with West teams Alabama, Ole Miss, Mississippi State and Auburn, is “very similar” to the schedule the Colts faced with somebody strong every week.

“It’s a great comparison,” he said. “You have to show up every single week. I think the guys and our coaching staff are really excited about the opportunity. Is it going to be easy? Absolutely not because every Saturday when you show up, the team across from you can win.

“That’s the same in college football regardless of what your schedule is. It’s a different notch when it’s the SEC. There are big bodies in the trenches and it’s the physical toll that this league takes on you and that’s where the depth comes in. We’re going to have to rely on that, you can’t just stay with one group and expect to stay healthy for 10 games in 11 weeks.”

In his second season as defensive coordinator, White has plenty of depth at all positions starting with the defensive line to the secondary. White said the team’s depth is going to be beneficial at each position considering the circumstances surrounding the season.

One of his top players — Josh Paschal — is making the transition from defensive end to the defensive line and Paschal has handled the change with ease.

“It’s been a pretty smooth transition for him,” White said. “Obviously there are some things technically that he needs to work on (because) he’s going to be down in the 3-point stance a lot. He was great in the spring and in the first two practices here, he has looked really good. He’s in great shape right now and arguably the best shape I’ve ever seen him (in). It’s been a smooth transition.”

“I feel good about it,” he said. “I feel like it’s my natural position and also playing linebacker, it helps you to be able to play defensive line and helps you to know the whole playbook. When you play outside linebacker, it feeds off the defensive line as far as calls go and things like that. I feel like I’m in a good position each and every day in camp and I’m looking forward to the season.”

Although the Wildcats have plenty of depth and experience on defense, it doesn’t change the team’s mentality.

“The chip (on our shoulder) never changes,” defensive back Cedrick Dort Jr. said. “The hardest thing to do is to be consistent and that’s our challenge this year. We want to be consistent. We want to do better than last year and so that’s our main goal. Exceeding our expectations last year gave us a confidence boost coming into this season and we really want to step up our game and do everything we did last year, but do it 10 times better this year.”

White admitted the team’s approach will be similar but with more tweaks because of the uncertainty surrounding the season.

“A lot of it is going to be based on (the) game plan,” he said. “This isn’t your standard year. It’s not ordinary and it’s no normal. To be able to have interchangeable pieces is going to be huge for us (because) you just don’t know some of the unknowns that lie ahead. To be able to get multiple guys on the field (is a good thing).”