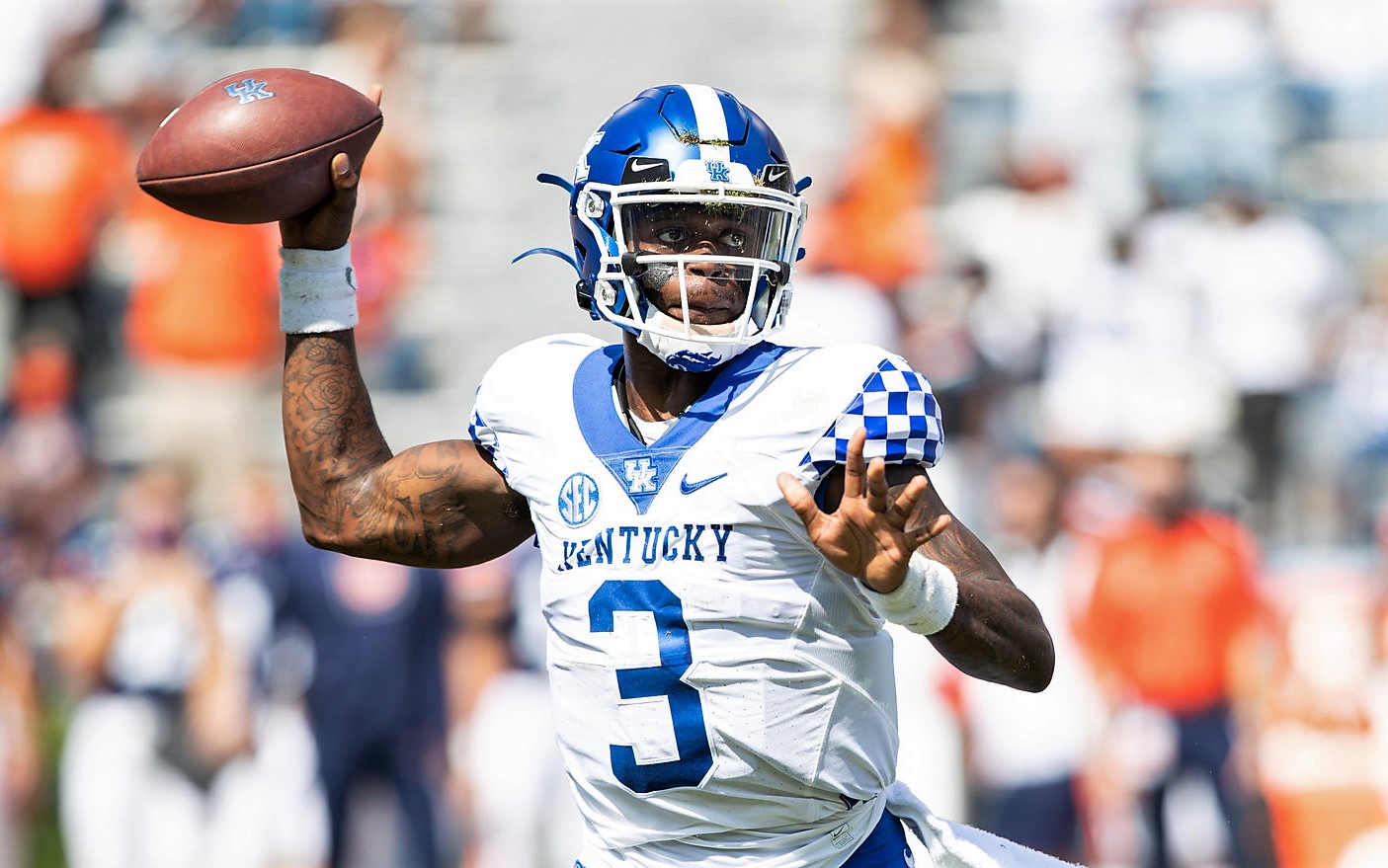 Quarterback Terry Wilson offered no excuses following Kentucky’s 29-13 loss to Auburn on Saturday in the season opener for both teams.

In his first start since suffering a season-ending knee injury more than a year ago, the Kentucky senior quarterback threw for 239 yards and a touchdown, while rushing for 42 more yards on 13 carries.

Despite the numbers, Wilson’s return to the pocket was marred by an interception to end the first half and a fumble in the second half that led to a game-clinching touchdown by the Tigers in the fourth quarter.

“It’s just tough to win a game when you have turnovers,” Wilson said. “I could do a better job of holding into the ball after being out a year and not getting hit at all. No excuses, I’ve just got to be able to hang on to the football.”

Despite the miscues by Wilson, Kentucky coach Mark Stoops said “there’s a lot to build on.”

“I think the turnovers were a big piece of it with him,” Stoops said. “It’s hard to simulate that in practice. I think that’s one critical area where he needs to improve, securing that football in the run game and with the interception late in the first half, bad decision there.”

Like Wilson, Stoops was puzzled by the call and said he didn’t get a clear reason why the one-yard run by Rodriguez wasn’t ruled a touchdown on the initial call or the replay.

Coupled with the miscues, the Wildcats had trouble containing the duo of Auburn quarterback Bo Nix and receiver Seth Williams. Nix threw for 233 yards and three touchdowns, while Williams hauled in six passes for two scores, including a nifty one-handed 11-yard touchdown catch in the first half.

“He’s hard to match up with,” Stoops said. “He’s a tough matchup on anybody in the league. He made two incredible catches.”

Now that Wilson has gotten back into a groove in the pocket, Stoops expects the senior signal-caller to bounce back in the home opener against Ole Miss Saturday at Kroger Field.

“I think he did a lot of positive things and a lot (he) can build on,” he said. “There are critical moments in the game where you have to execute. You can play 95 percent of the game right and if you play five percent of it wrong, in certain critical areas, you’re not going to win. I think we played a good portion of this game very good.”

Wilson is already looking ahead.

“We’re just looking forward to getting better, getting back out there on Monday and correcting our mistakes,” he said.

Although a loss, the opener served as a building block for Wilson and the Wildcats.