Wilson Out, But QB Depth Not an Issue as CATS Open Spring Practice 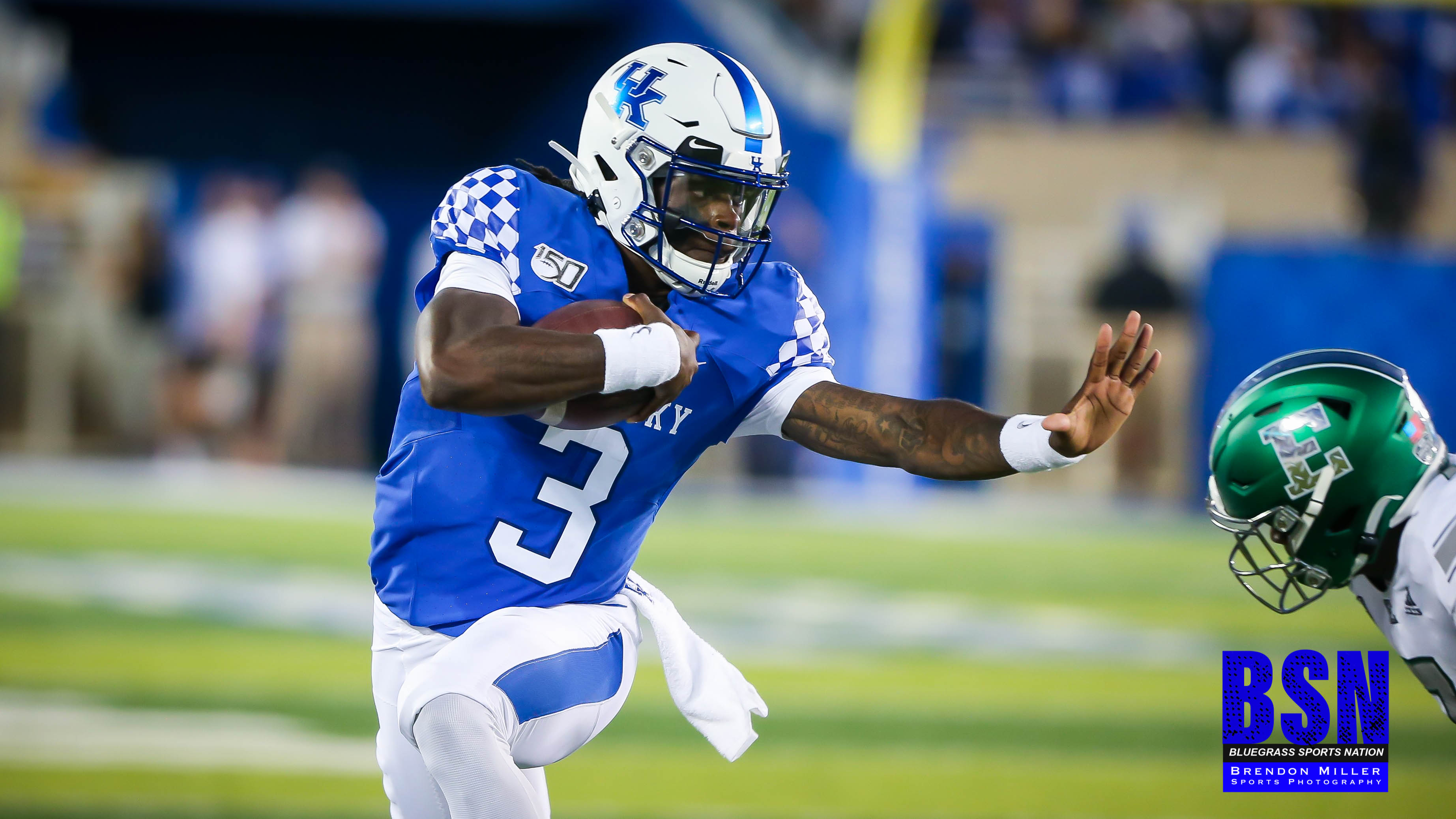 Terry Wilson is nearly fully recovered from his knee injury, but the Kentucky quarterback won’t be participating when the Wildcats open spring practice Tuesday.

Wilson injured his knee last September and will continue to get back into playing shape  as well as Nik Scalzo, who also suffered a knee injury last year and didn’t play his freshman campaign.

“Terry Wilson (will be) limited,” Stoops said. “He won’t go through the spring. He is doing some throwing, getting his leg stronger, the rehab and all of those things. Nik Scalzo, he will be out.”

The Kentucky coach said Wilson and Scalzo won’t be participating in team reps or 7-on-7 drills. Stoops said Sawyer Smith, Amani Gilmore, Beau Allen and Auburn transfer Joey Gatewood will get a majority of the snaps this spring.

“The good thing is, you know we’re pretty deep there,” Stoops said. “But with the two guys injured, that’ll give some good quality reps for the four that are participating.”

It’s not known whether or not Gatewood will be eligible next fall, but Stoops planned on getting the former Auburn quarterback reps this spring.

“He was going to get some anyway because of where we’re at with the guys being injured,” Stoops said. “So, for him, it’s a good break in that we have two quarterbacks that can go through spring. He’ll get more opportunity with that.”

Overall, Kentucky has 111 players in camp, which gives Stoops and his staff more flexibility. In addition to Wilson and Scalzo, Devonte Robinson, Abule (Abdi-Fitzgerald), Isaiah Epps, Nassir Watkins, D’Eryk Jackson and Taj Dodson will be limited or won’t participate in the spring workout sessions.

“We still have 10 guys coming in, so we have great depth in the spring,” Stoops said. “That excites me because sometimes in the spring things get watered down and it’s hard to really compete physically how you want to all the time but we have a lot of good bodies in there and got a lot of guys from experience and as you mentioned, some inexperienced, but that’s every year.”

“He’s a difference-maker (and) he’s physical,” Stoops said. “First thing that pops out to you is he’s a big kid. He’s like some of the corners we’ve been used to having and he’s got good size and he’s instinctual.

“He was on scout team and it’s a lot easier to show flashes out there when there’s very little risk involved in giving up a big play, but you could see his athletic ability. You saw it on tape when he was coming from LSU and the amount of plays he played as a true freshman. so we’re excited.”

Stoops is still looking for an assistant coach to fill the void for Dean Hood, who left to take over as coach at Murray State. Stoops tried to hire his brother Mike, who opted to remain in Nick Saban’s staff at Alabama.

“Mike chose to stay, he likes what he’s doing, he likes the learning he’s doing and the work he’s doing there with Nick at Alabama,” Stoops said. “Mike’s a big picture guy, so the timing of this position and the capacity that it is, he decided to stay there and continue to recalibrate himself and be ready to come back as a coordinator, so he decided to stay. I’m working through that, shouldn’t be long.”

• The annual spring game is set for noon on April 11 at Kroger Field. The Wildcats went 8-5 and defeated Virginia Tech in the Belk Bowl.