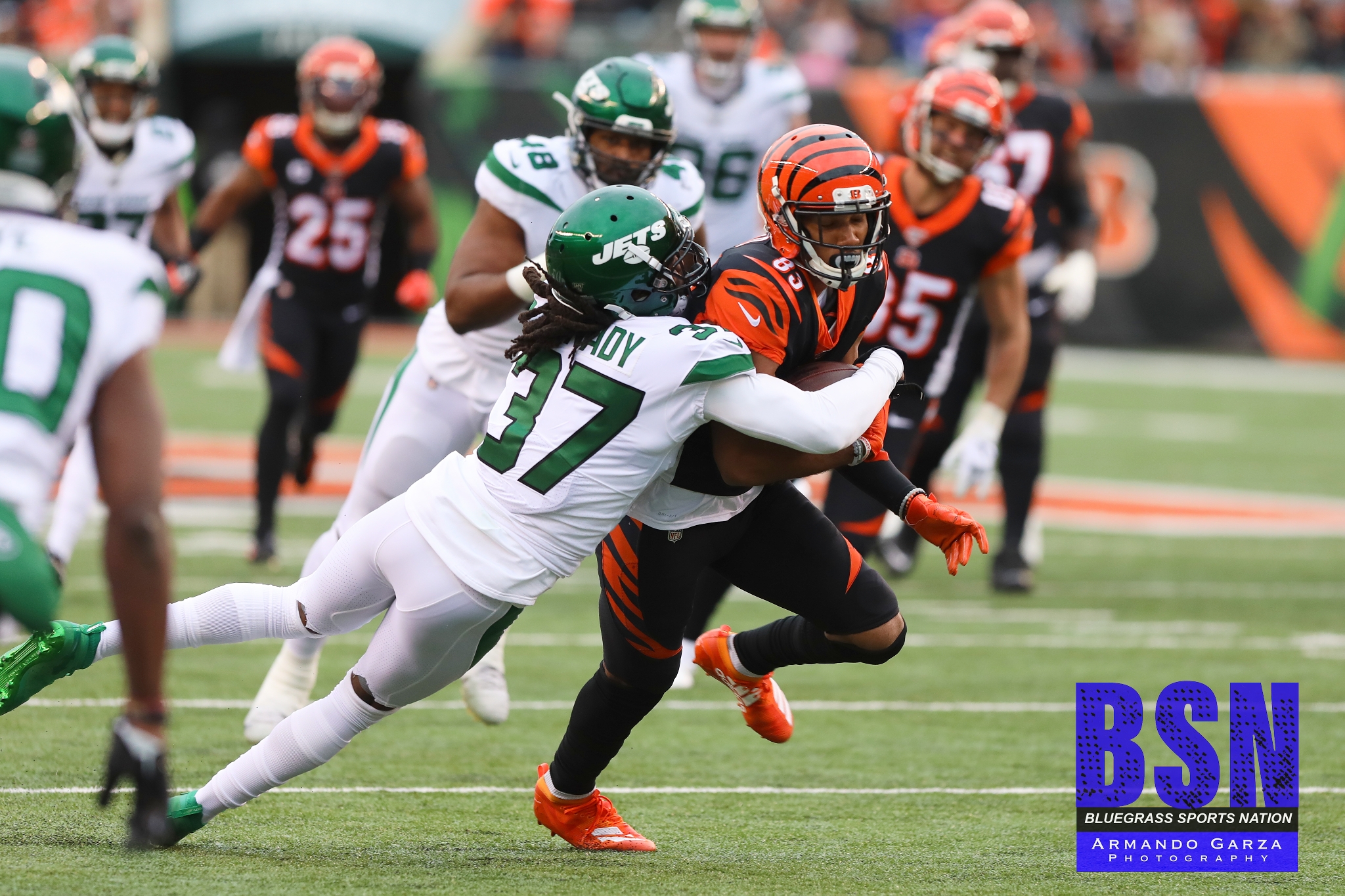 On Sunday, the Cincinnati Bengals picked up their first win of the season under first-year head coach Zac Taylor. After a three-game stretch with rookie Ryan Finley at the helm of the offense, the Bengals returned to long-time starter Andy Dalton who made the 129th start of his career.

Dalton took full advantage of the opportunity as he picked up the win and passed legendary Bengal quarterback Ken Anderson in both passing touchdowns and completions. Dalton is now Cincinnati’s all-time leader in each category.

It was more than just Dalton and the offense that played well, the Bengals defense held the Jets to 271 yards of total offense. Two-time Pro Bowler Carlos Dunlap played particularly well as he posted seven total tackles, including three sacks.

Following his tremendous game, Dunlap said, “Regardless of how the season has went, right now, the Bengals won today. That’s simple as that. It wasn’t about how the season went, it was about the Bengals winning today and it being his (Zac Taylor’s) first win.”

With the victory, the Bengals have officially avoided the dreaded 0-16 season. It was clear in the locker room after the game and during the postgame press conferences that the spirits were high for both the Cincinnati players and coaches.

“I don’t know what the stats look like, but it felt like a complete game from all of our guys, really in all three phases. I thought they did a good job controlling the game, for the most part we felt like we were in pretty good control of it,” said Zac Taylor after the game.

I agree with Taylor; the Bengals did play a complete game and for Cincinnati fans it was refreshing to see. The craziest thing about the 0-11 start is that they almost won on the season-opener at Seattle. However, Seattle won that game 21-20. Do you remember that? It feels like an eternity ago now, but they almost got the win right out of the gate.

Cincinnati’s next game is on Sunday, Nov. 8th against Baker Mayfield and the 5-7 Cleveland Browns. The game will be played at Cleveland and will air at 1:00 p.m. on CBS.