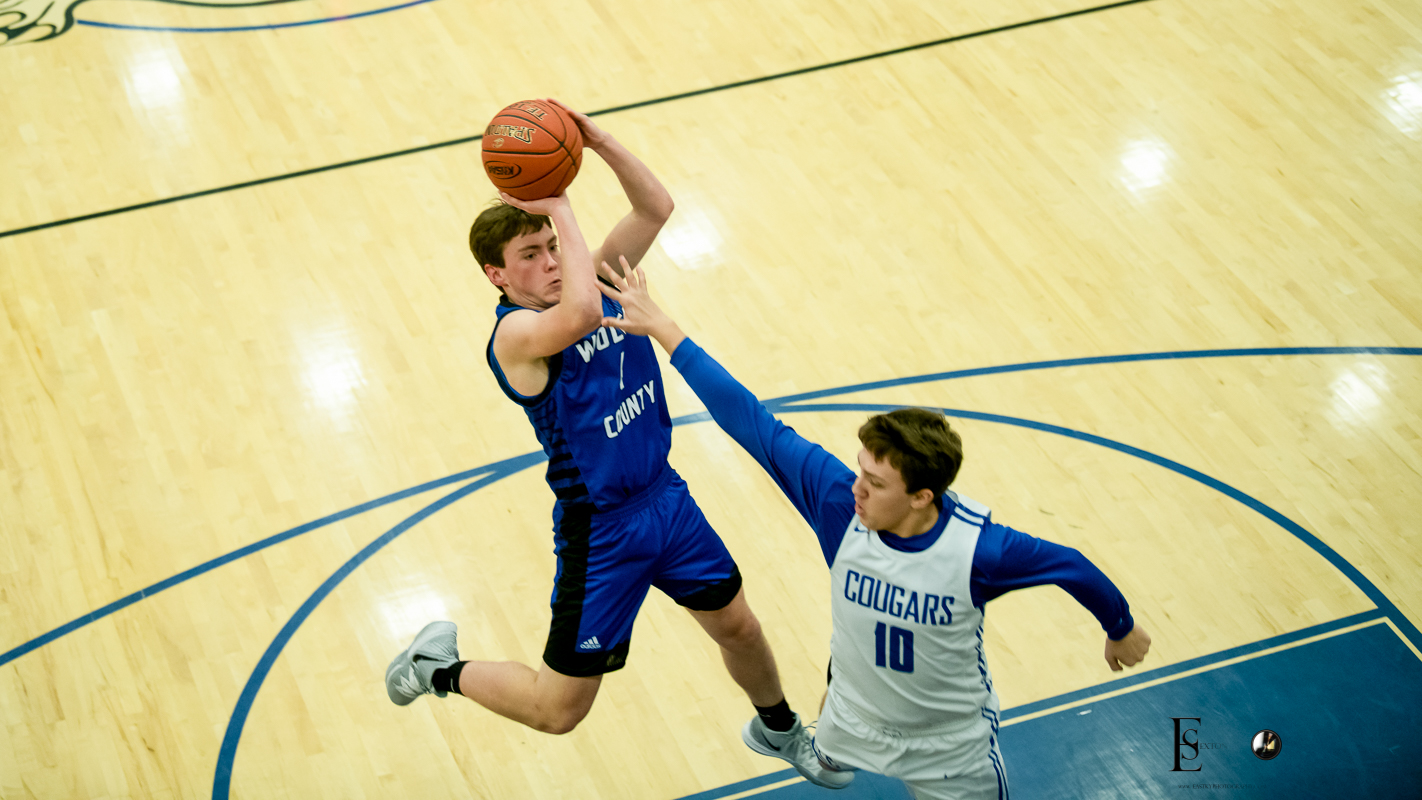 In the Fourth Quarter…
Letcher County Central led by as many as 12 points. However, a 3-pointer by Elijah Tolson sparked a Wolfe County run. Wilgus Tolson followed with a 3-pointer of his own and Jaz Johnson left his mark with an old fashion three-point play. Wolfe County led 58-57 with 4:28 remaining in the game.

With less than a minute to go, Wolfe County led 65-63. A Letcher County Central turnover led to a layup by Wilgus Tolson to give the Wolves the lead 67-63 with roughly 45 seconds to go in the game. On the ensuing possession, Letcher County Central missed a shot in the lane, and Wolfe County’s Cody Peyton got the rebound. From there, the Wolves would cruise to a 70-63 victory.

The final 1:39 of the game was streamed on BSN and can be seen here.

In the third quarter, Letcher County Central scored 23 points, 11 of those came from senior Dylan Webb.

Wolfe County went 13-of-15 from the line in the fourth quarter; Jaz Johnson was 4-for-4 and Wilgus Tolson made 8-of-9.

Four of Wolfe County’s seven 3-pointers came in the first 2:07 of the third quarter.

Wolfe County made 19 field goals on the night. According to unofficial stats kept by Brian Charles of the Wolfe County radio team, Wolfe County had 25 turnovers; Letcher County Central had 29 turnovers.

Overall Thoughts:
It was a great game, there’s no doubt about that. However, the coolest part of the night came before the game when there was a ceremony to honor veterans. A number of veterans were escorted to the floor by a player from either team as information was provided about their service. It truly was an awesome experience and a very cool moment.