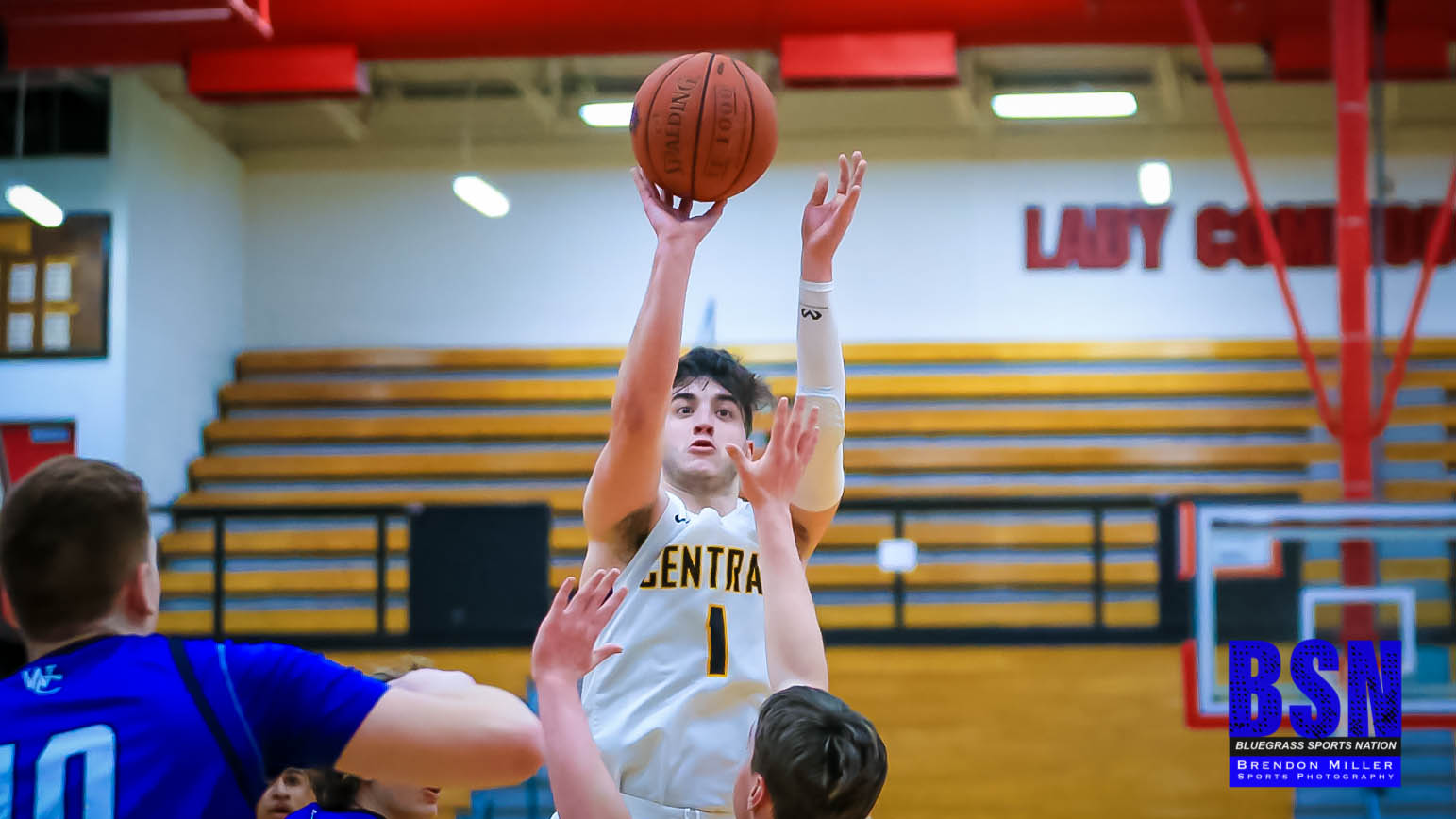 Knox Central and Wolfe County matched up in the the second Semi-Final of the 34th Annual WYMT-Food City Mountain Classic on Saturday Afternoon. Both teams are each a major factor in the 13th (Knox) and 14th (Wolfe) races to the Sweet 16. The game was a slugfest in the 2nd, 3rd and 4th quarters after Knox opened an early lead in the first. At the final horn, Knox advanced to the Championship game with the 81-74 win.

1st QUARTER
Knox raced out to an early lead on the strength of balances scoring. Freshman big man Gavin Chadwell had five in the quarter on two baskets in the paint, while Abe Brock hit a 3-pointer and a couple of free throws for five as well. Bryce Imel also hit a 3-pointer for his only points of the game. Wolfe faced adversity in the period as Senior point guard Wilgus Tolson received two technical fouls and was disqualified for the balance of the game. Sawyer Thompson knocked down two 3-pointers and Elijah Tolson had a 3-pointer and totalled five. End of the first, Knox led 20-13.

2nd QUARTER
Wolfe gained some momentum in the 2nd behind the play of Sophomore Andrew Mayabb who received the minutes of Wilgus Tolson. Mayabb netted two 3-pointers and got to the line for a couple free throws for eight. Jaz Johnson opened his scoring on the night with four and Freshman big man Skylar Ritchie threw down a thunderous dunk. Jevante Turner had two baskets for four for the Panthers while Isaac Mills was four of four at the line. The teams went to the break with Knox in front by five, 34-29.

3rd QUARTER
The 3rd quarter was pivital as Wolfe finally battled back to tie the game at 43 near the end of the quarter, but the Wolves could not take the lead and Knox scored the final six of the period. Turner had six and Andrew Sizemore hit the first of three big 3-pointers that he would knock down down the stretch for five. Wolfe scored 12 of their 14 from behind the arc, with Johnson and Thompson hitting two each from downtown. Headed to the 4th, Knox led 49-43.

4th QUARTER
The game opened up with the teams scoring a combined 63 in the period. Johnson had 12 of his game-high 24, while Mayabb, Thompson and Elijah Tolson each had five, and Skylar Ritchie four. Knox finished out the win as Sizemore hit two crucial 3-pointers as part of his seven establishing his team-high 17, while Mills had eight, Brock seven and Turner four.

Knox advances to play Harlan County in the Championship Game on Sunday at 2:30. Wolfe is next in action on Tuesday Night as Powell comes to Campton.