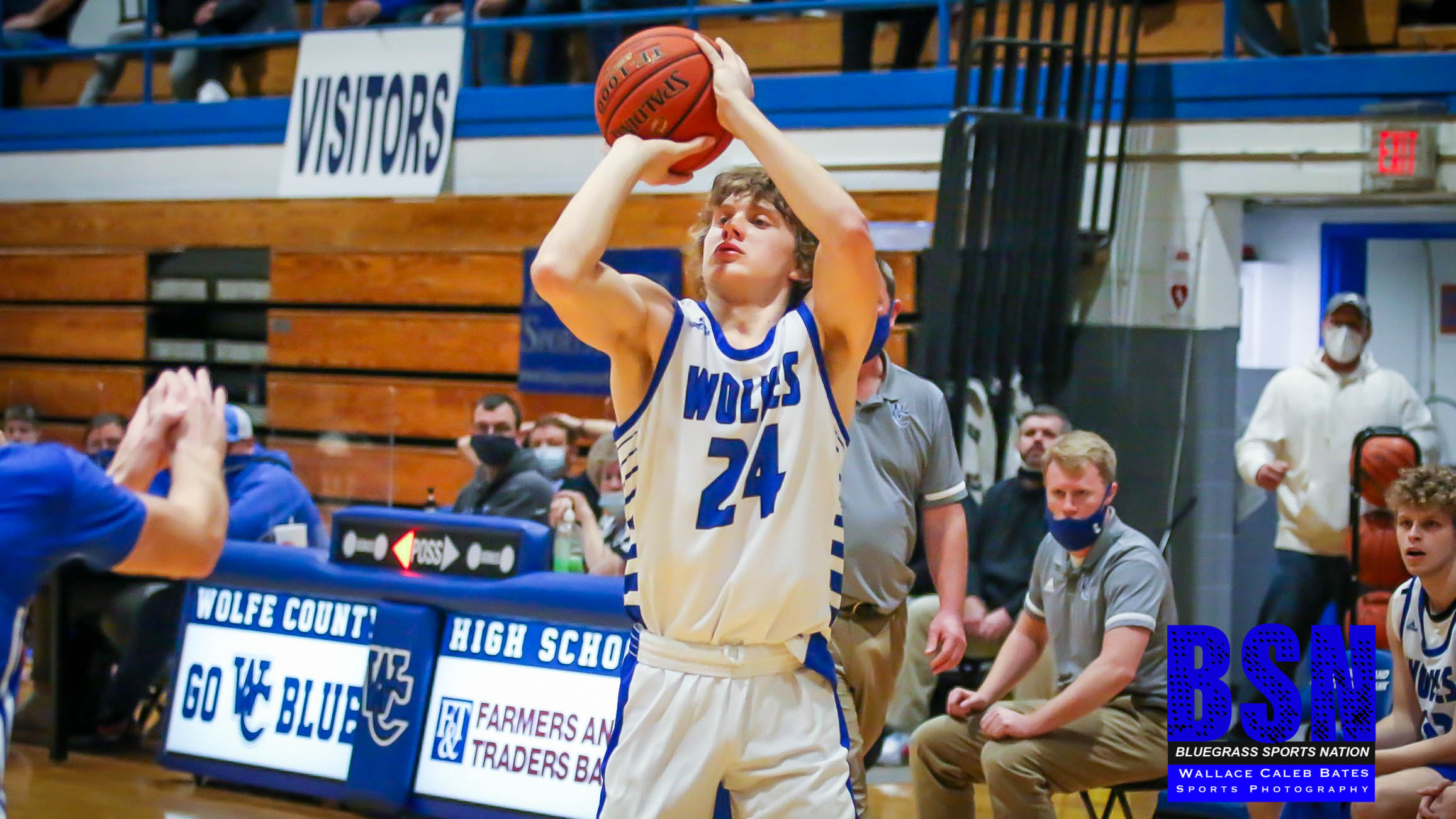 Jaz Johnson with 17 in each half for Game-High 34

Round 1 of the 2021 Breathitt-Wolfe rivaly went to the Wolves in Rose Gymnaisum on Friday Night. The Wolves were on fire, hitting 13 threes from beyond the arc, on the night to coast to a 24 point victory over the Bobcats. Wolfe’s slow start to the season (2-4) had raised many questions about the Wolves and their prospects for the season, and many were answered in this one.

1st QUARTER
Jaz Johnson continued his great start to the season knocking down a pull up 3-pointer on the first possession of the game and two more during the period to total 13. Freshman Skylar Ritchie has big in the middle with seven. Tyler Christy had five to pace the Bobcats. Wolfe was up 10, 22-12 at the end of the 1st.

2nd QUARTER
The Wolves continued knocking down shots in the second to increase their lead. Andrew Mayabb came off the bench with three 3-pointers for nine, and Elijah Tolson hit two long balls for eight. At the half, the Wolves were up 21, 48-27.

3rd QUARTER
Breathitt got two of their big Cats going in the 3rd, as Jaylen Turner turned defense into offense with two steals and break away dunks to total all seven, and Austin Sperry slashed for 10. Johnson countered with three more 3-pointers and Elijah Tolson continued his 20 point night with eight. End of the 3rd, Wolfe had expanded their lead to 24, 72-48.

4th QUARTER
Christy scored eight from the line in the 4th and Bryce Hoskins had six. Johnson added eight more in the period to his game-high 34.

Wolfe is now 1-0 in District play for seeding purposes while Breathitt falls to 0-1. The two teams meet again in Jackson on February 10th.

NEXT: Wolfe is next in action as they host Jackson City on Tuesday night in District action. Breathitt heads to Hindman on Wednesday for a re-match of the 14th Region All A Championship game.