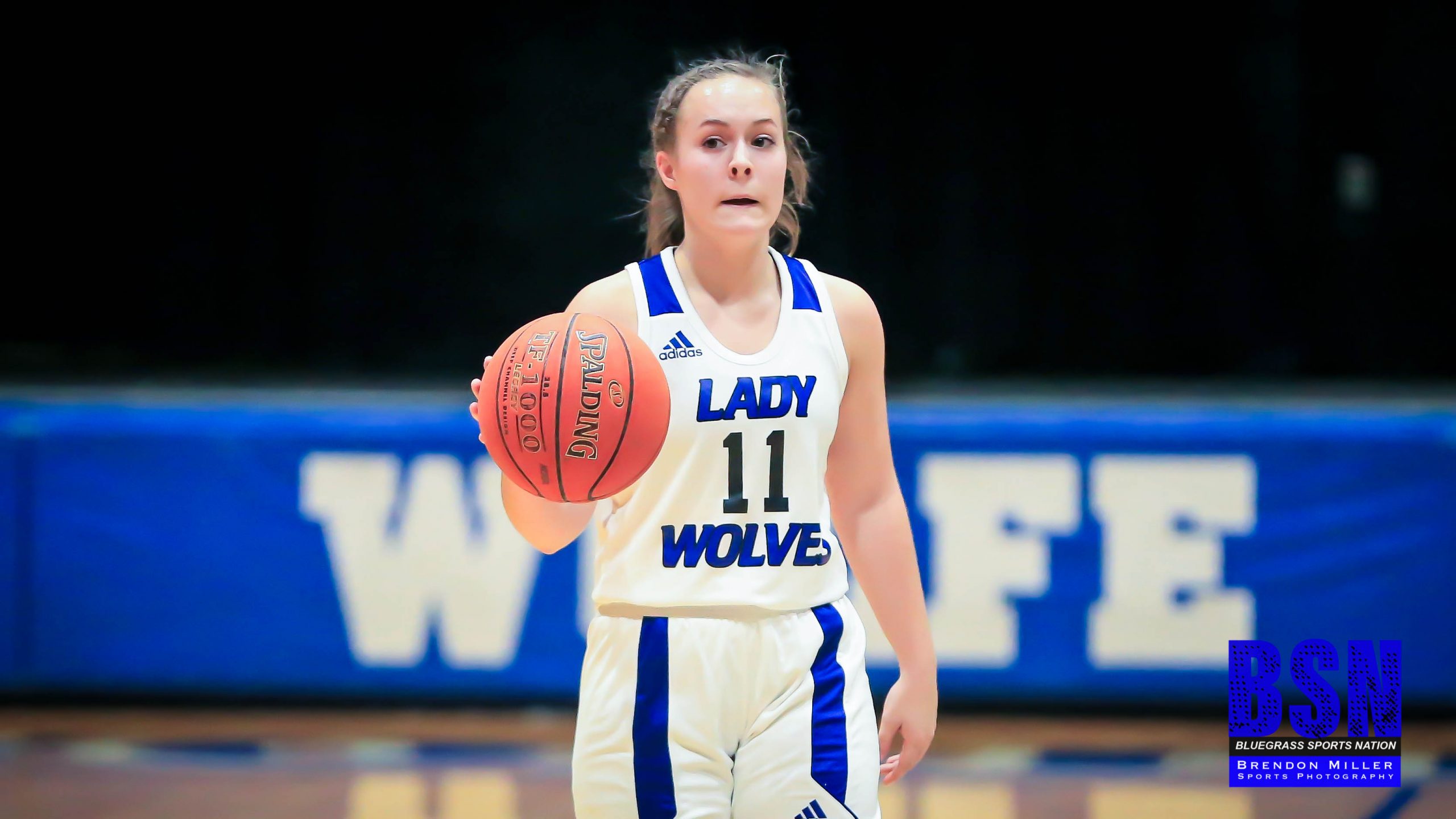 Wolfe and Breathitt faced off for the second time this season in 55th District action as the LadyCats traveled to Rose Gymnasium on Monday night. Wolfe won the first-leg of the home and home on January 25th, 67-52.

The Lady Wolves opened on a 19-4 run in the 1st, and then maintained a near double-digit lead throughout the game for the 10 point win.

Adreonna Schutz had 24 of her game-high 30 in the second half, but it was not enough to overcome the slow start by the LadyCats.

1st QUARTER
Sarah Smith put up eight in the quarter and Ally Bailey and Hannah Kidd each hit their first 3-pointers of the game for the Lady Wolves. End of the 1st, Wolfe led 19-4.

2nd QUARTER
The teams played to a 12-12 tie in the 2nd. Haylee Vance hit a 3-pointer for five and Smith added four. Schutz opened her scoring with three field goals for six. At the half, Wolfe led 31-16.

3rd QUARTER
The LadyCats went on a 7-0 run to begin the half, and cut the Wolfe lead by four in the quarter behind 10 from Schutz and two each from Kaylea Ritchie, Maddix Haddix, Kaylee Clemons, and Jerrica Neace. Kidd and Vance each hit a 3-pointer in the period. Headed to the 4th, Wolfe was still in front by 11, 45-34.

4th QUARTER
Schutz poured in 14 in the 4th with three baskets, a 3-pointer and 4 of 5 from the line. Kidd hit two timely 3-pointers while Bailey had one from long-range, and Brianna Colwell had six of her 12.