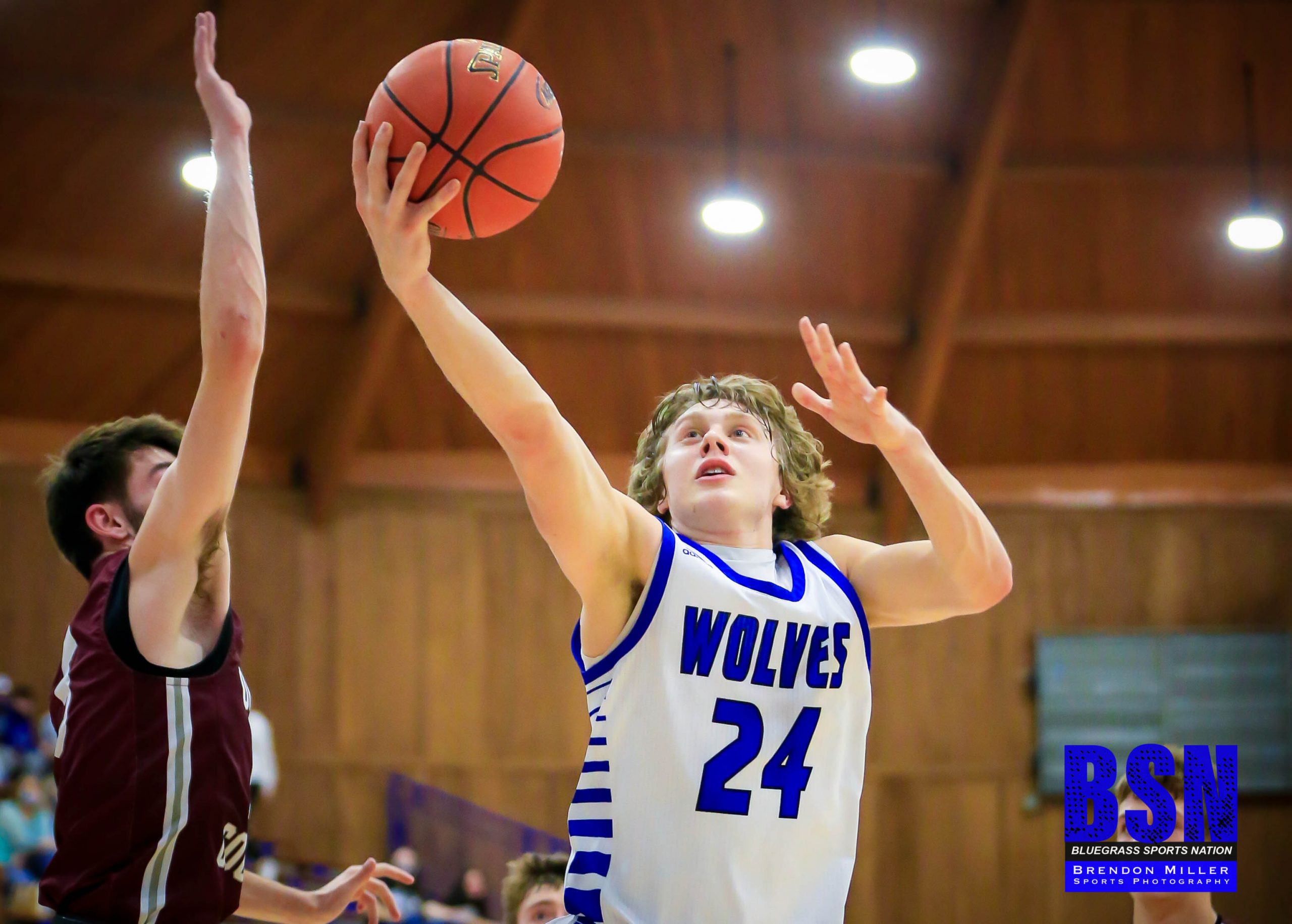 Jaz Johnson with 32 to lead the Wolves

Owsley was able to stay within striking distance in this one by knocking down some shots in the early going as Trenton Combs, Andrew Noe and Seth Schott each hit a pair of shots in the first quarter. Wolfe County then opened a lead in the 2nd Quarter as the Wolves out-scored the Owls 28-9 in the period, and then 15-6 in the 3rd, to lead them to the win and a trip to the Regional Semi-Finals on Monday Night.

At the buzzer, the Wolves were 74-46 winners and on their way to a showdown with Hazard in the semi-finals.

1st QUARTER
Johnson opened up on fire hitting three 3-pointers in the period for nine, big man Skylar Ritchie had four in the paint and Elijah Tolson netted his first 3-pointer. Combs hit a pair of 3-pointers for the Owls, while Noe and Schott each had two field goals for the Owls. End of the 1st, Wolfe 19 – Owsley 16.

2nd QUARTER
Johnson put up 14 in the quarter on a 3-pointer, three field goals and was 5 of 5 at the line. Elijah Tolson added eight for his 11 for the game on his 2nd and third 3-pointers and a bucket. Wilgus Tolson had two baskets while racking up multiple assists. Owsley got a 3-pointer from Noe, while Schott had two field goals and Combs a bucket. At the half, Wolfe was in from 47 – 25.

3rd QUARTER
Johnson posted nine more in the period, to set his game-high 32, while Wilgus Tolson had four and Sawyer Thompson had a bucket. Owsley was only able to must three field goals in the 3rd, with one each from Noe, Schott and Anthony Burns.

4th QUARTER
Cody Peyton had two basekets before the younger Wolves came on and Dalton Voyles put up six for the Wolves. Schott scored eight for his team-high 18 and Noe had five to also finish in double-figures with 14.

NEXT:
Wolfe will face Hazard in the second Semi-Final at approximately 8:00 PM on Monday.