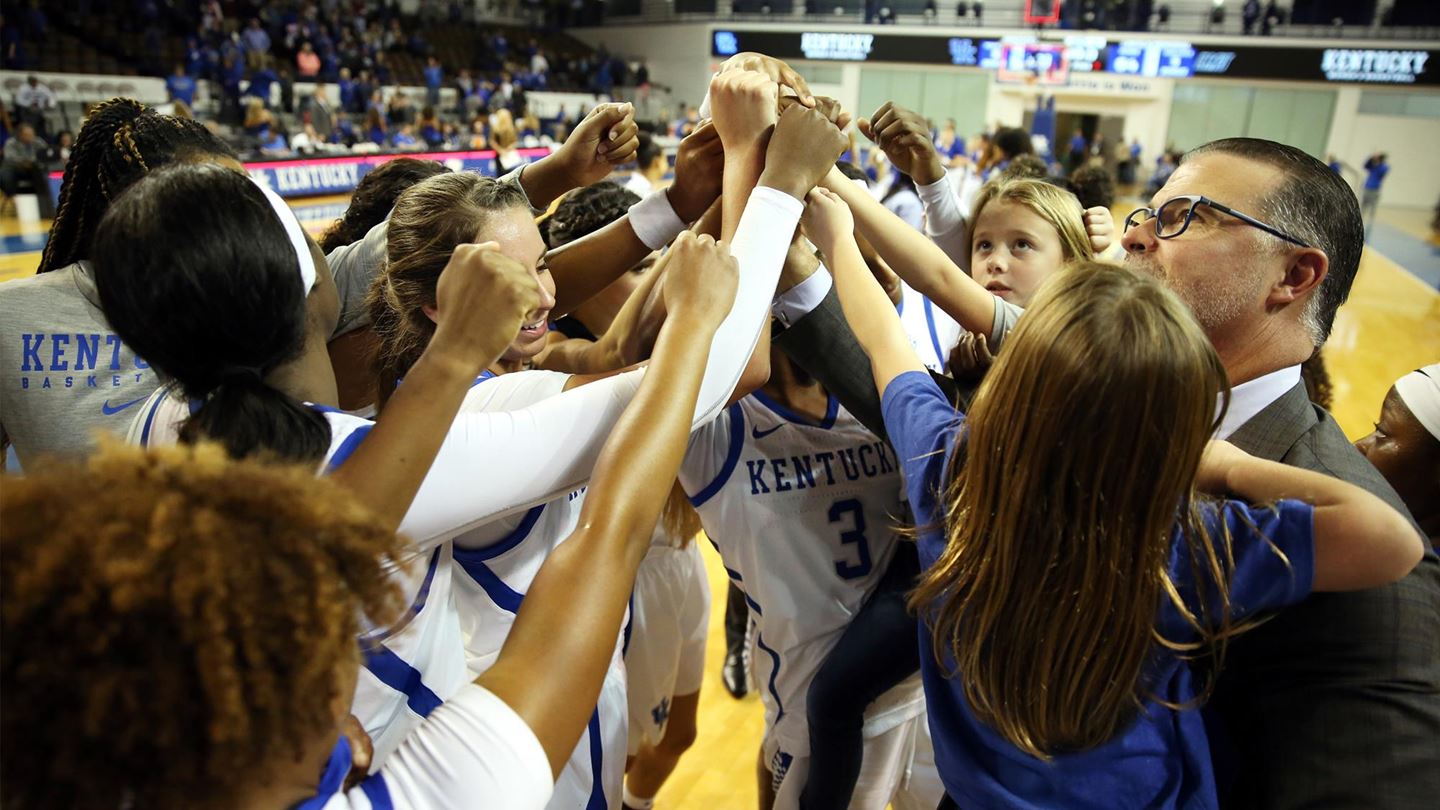 LEXINGTON, Ky. – Television selections and game times for the 2019-20 Kentucky women’s basketball season have been finalized by the Southeastern Conference with the Wildcats to play on SEC Network or the ESPN family of networks a total of 14 times this season.

For the 10th straight season, television networks have chosen to air double-digit Kentucky women’s basketball games. ESPN, ESPN2 and ESPNU will produce a combined 15 regular season conference contests and the Wildcats have been selected for six of those contests. The SEC Network will televise 46 conference games.

Two of Kentucky’s non-conference home games were picked up for national TV. The December 1 showdown with Austin Peay in Memorial Coliseum will tip at 4 p.m. ET on SEC Network while the in-state battle vs. Louisville on Dec. 15 will be a 1 p.m. ET tip on ESPN2.

A full schedule with game times and TV selections is available online at UKathletics.com.

The SEC Tournament will be played Wednesday, March 4 ‐ Sunday, March 8 at the Bon Secours Wellness Arena in Greenville, S.C. The SEC Network will televise the first three days of the SEC Women’s Basketball Tournament while the semifinals will air on ESPNU, and the championship game on ESPN2.

All games on ESPN networks (ESPN, ESPN2, ESPNU and SEC Network) are also available through the ESPN App, which is accessible on computers, smartphones, tablets and connected devices nationwide at no additional cost to fans who receive their high‐speed Internet connection or video subscription from an affiliated service provider.

Fans are encouraged to join the #DriveFor5K and purchase 2019-20 season tickets online now at UKathletics.com/tickets or by calling the UK Ticket Office at (800) 928-2287 (Option 1). The Wildcats are trying to sell 5,000 season tickets this season. Season tickets offer considerable savings over the cost of buying single-game tickets. Season ticket prices include admission to all Kentucky women’s basketball home games in Memorial Coliseum and Rupp Arena.