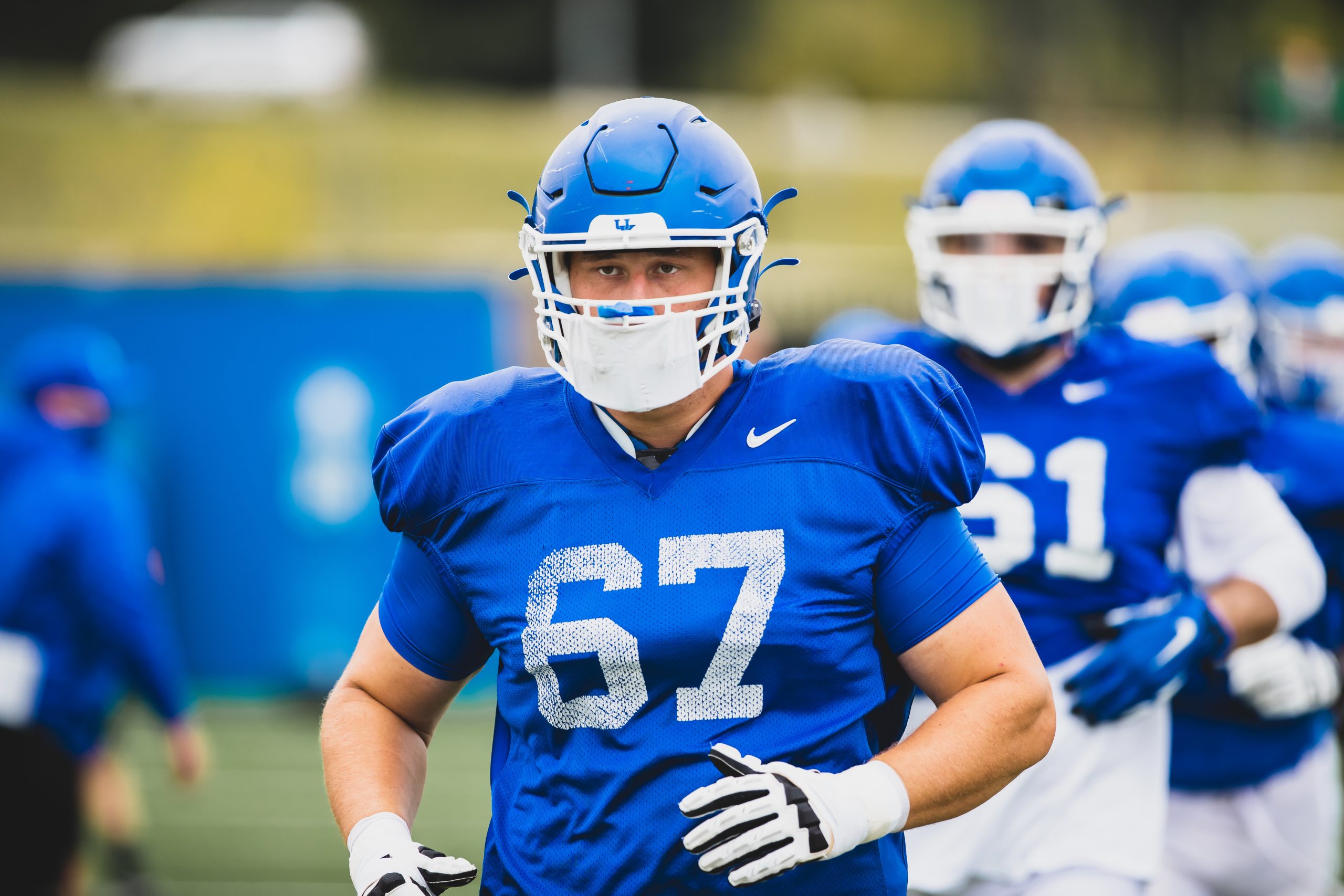 Kentucky offensive lineman Landon Young wants to send a message to the Southeastern Conference Saturday in the Wildcats’ season opener at Auburn.

Young has been a mainstay on an offensive line that helped the Wildcats produce 25 victories during the past three seasons, including an 8-5 record and a 37-30 win over Virginia Tech in the Belk Bowl. Despite the success, the offensive line hasn’t received praise for the recent accomplishments.

“We’re always underrated,” Young said. “That’s been true since the day I got here. UK always gets the shaft from the media standpoint on how good we are. Year after year we have proved that we’re the better team, but we still get sort of that discredit.”

Young hopes the Wildcats can earn some respect at Auburn, where Kentucky will be seeking just its third win over the Tigers on the road. Overall, Auburn owns a 26-6-1 lead in the series between the two teams and carries a two-game winning streak into the contest. The Tigers defeated the Wildcats 30-27 five years ago at Kroger Field.

Kentucky offensive coordinator Eddie Gran has been pleased with the offensive line during preseason workouts and said the team’s success will largely depend on how the team fares on the frontline.

“It’s been business as usual for those guys and big men lead the way,” he said. “We’ll be as good as they are up front, it doesn’t matter if we’re (running) it or passing it. If they go, we go. They have a lot on them, people have talked about them. They’re going to find out real quick against this Auburn defense on how good we are and how good we can be. It’s going to be a heck of a challenge, for everybody on offense, but up front especially, they’re really good.”

To be able to contend with Auburn’s defense, Young said the Wildcats can’t be intimidated, especially mentally.

“It starts with the mentality thing,” he said. “Just going out there knowing no matter who you are lined up against, no matter who it is, whether they are projected to be a first-round draft pick or not projected to go in the draft at all, that you can go out there and you can beat them. It starts off with a mentality and second off, we go out there and we realize that if we do well doing the week and do what coach has been teaching us to do, that we can blow (the other) guys off the ball, we can open up holes for thee running backs to have big explosive plays, we can protect for the quarterback to make those big explosive plays, even the routine ones.”

Like his teammates, Young is glad to be able to compete this season amid a pandemic.

“I’m excited that they at least gave us a chance,” he said. “… at the end of the day it’s God’s will and we have to be able to continue to doing the protocols and making sure that we are safe as possible because our lives are a lot more important than the game right now.”

As for being an underdog, Young doesn’t mind the Wildcats flying under the proverbial radar in the opener.

“I like it,” Young said. “It feeds us. We go other every single week and prove to somebody that we’re a lot better team than what they have us out to be, but that also gives us a little bit of fire. I would much rather see the underdog win. We have nothing to lose and everything to gain. …. what do we have to lose by going out there and giving everything we’ve got and beating these teams.”