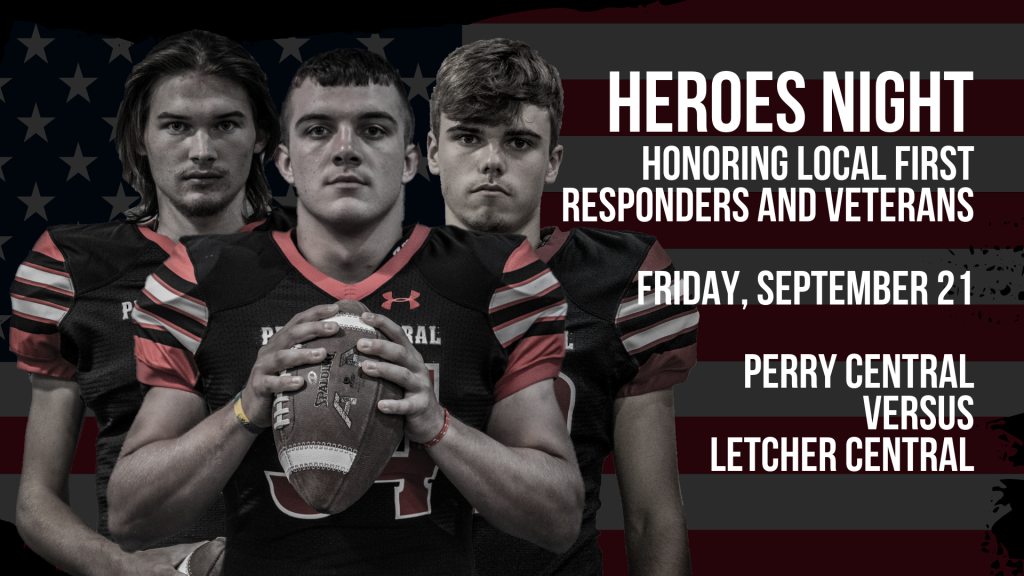 The Perry Central Commodores get back to business Friday night as the Cougars of Letcher Central come to town.

Letcher comes in after earning their first win of the season against the Pike Central Hawks in a 50-to-nothing running-clock affair last Friday. While the 1-4 record next to Letcher Central’s name is not the prettiest, Perry Central Coach Ovie Canady says the record is more a testament to their strength of schedule.

“It’s very deceiving. They went toe-to-toe with one of the best teams in the area. The Bell game was 26-22 with five minutes to go. That doesn’t happen by luck,” Canady said. “They have played a tough schedule and it’s made them tougher and better.”

The Commodores are undefeated through four games, but Letcher Central represents the first district game against 5A opponents who have proved to be a tough out over the years. Last season, the Commodores had one of the best starts in school history but stalled out in district play against Whitley County, the first of three straight losses. This will be Perry Central’s last chance to win a district championship in 5A-District 8 before the Commodores move down to 4A due to reclassification.

While many fans are looking forward to some Perry Central football since the Commodores were not in action last week, Commodore Field also serves as a place to give thanks to the many heroes in the community this weekend. Heroes Night takes place Friday and offers a chance to honor local first responders and veterans.

“We get the thrilling opportunity to recognize our local heroes,” said District Athletic Director Eddie Browning. “Those people that fearlessly put it on the line for our safety and well-being every day along with the great Americans who fought for our freedom. The people that we owe our way of life: our local Veterans.”

Last week, the Commodore seniors traveled to the East Kentucky Veterans Center to help with a ceremony in remembrance of the September 11, 2001, attacks on America.

“That was one of my most memorable experiences as a coach,” Canady said of the opportunity. “I’m proud of the country, the state, the county and town I live in and appreciate the people who serve and protect us. It takes a special individual to be willing to lay his life on the line for others.”

The Commodores and Cougars are set to kick off at 7:30 p.m. at Commodore Field in Hazard.