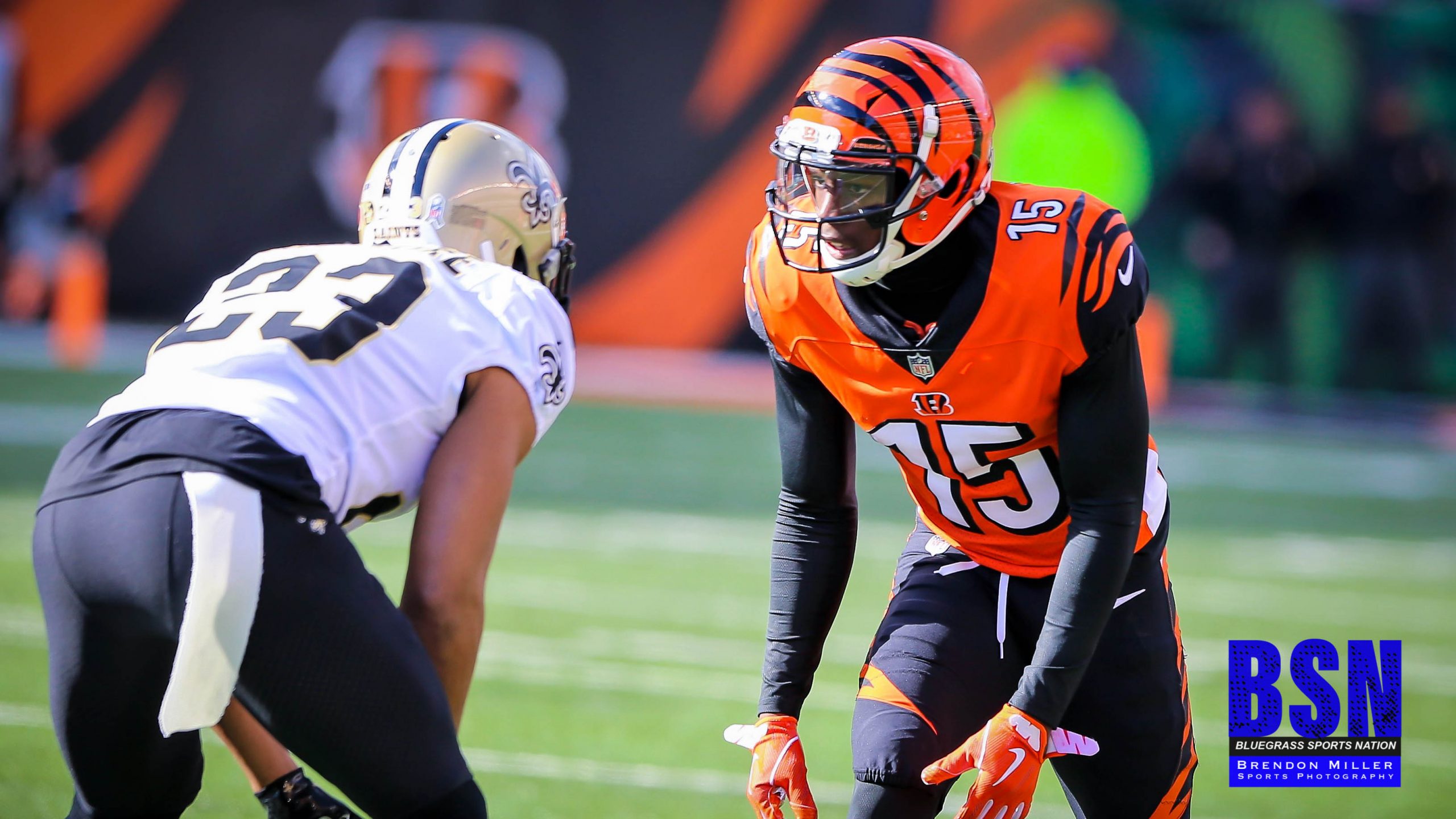 The Bengals have declined to pick up the fifth year option on the contract of receiver John Ross. Ross was the ninth overall selection by the Bengals out of Washington in the 2017 draft. Ross has been hampered by injuries during his first three seasons in Cincy.

Early in the 2019 season, it appeared that the speedy wideout had shaken off the injury bug that limited his rookie season to three games, racking up more yards in his first two games (270) than he had in his first two years combined (210).

On October 2, after starting in the first four games, Ross again had his playing time impacted when he was placed on injured reserve with a shoulder injury. He made his return in Week 14 and ended up starting the final four contests. He finished the season with 28 receptions for 506 yards and three touchdowns.

With 2020 first overall pick Joe Burrow now officially in charge of the Cincy offense, Ross, along with the returning A.J. Green and Tyler Boyd, will play a vital role in helping the young QB adjust to his team. Green’s own injury history, as well as the addition of second-round pick Tee Higgins, makes Ross’ presence this upcoming season even more crucial, provided that he can stay healthy.

This will be a make or break year for Ross with the Bengals.