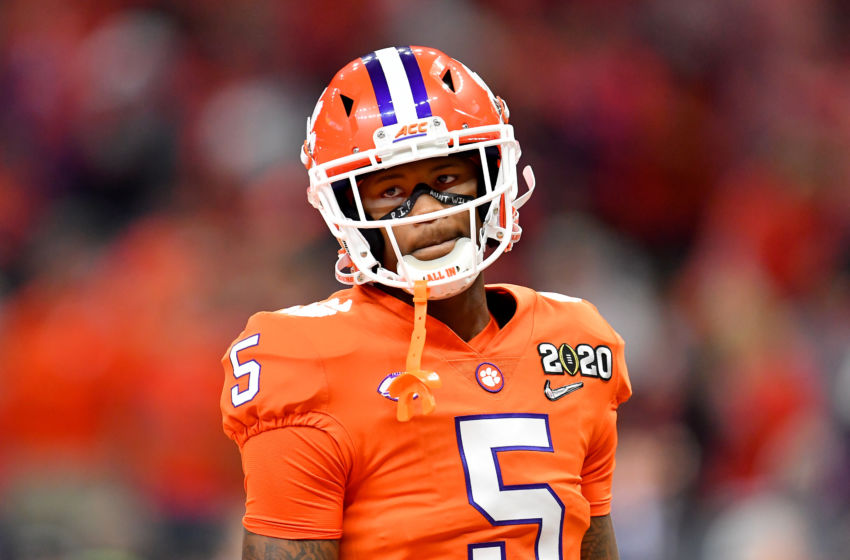 Cincy gets Clemson receiver in Second Round

To no surprise, the Bengals selected LSU quarterback Joe Burrow with the No. 1 overall pick in the 2020 NFL Draft. This left many wondering what the Bengals’ next move was going to be. What direction were they going to go in? What did they consider the best path to success?

Some thought that defense was the way to go while others believed the offensive line was the next position to target. There were even reports that the Bengals were actively pursuing trading down from the No. 33 overall pick. However, in the end, the Bengals pulled the trigger on wide receiver Tee Higgins.

Personally, I love the selection of Tee Higgins. When you watch the tape and read the scouting reports, Higgins and A.J. Green appear to be the exact same player. Similar to Green, Higgins has good size but still possesses top of the line speed, agility, acceleration, and the ability to high-point the football. Pairing Green and Higgins together should make for a deadly combination.

While it might not have been considered a position of need to many, I definitely thought that the Bengals needed to add a wide receiver. They needed another playmaker for their rookie quarterback. While the combination of A.J. Green, Tyler Boyd, John Ross III, etc. is a competent corps, considering Green’s recent injury history, the Bengals needed another weapon. They needed another wide receiver with elite size. In Tee Higgins, I believe the Bengals have found that weapon. With Higgins, I believe Cincinnati’s offensive weapons are now more than enough to properly support Joe Burrow, especially if A.J. Green can stay healthy.

I believe Higgins’ size will translate perfectly to the NFL and specifically to the Bengals. Another interesting dynamic is that his size is perfect for playoff weather and AFC North weather. What do I mean by that? In December, when it’s cold and rainy, it’s a lot easier to throw to a 6-foot-4 receiver than it is a 5-foot-11 receiver. To me, that element of his game is very exciting. In a division where you will see a lot of cold and rainy days toward the end of the season, you want a receiver that can overcome those conditions. Just like Green, Higgins’ height and length is perfect for that scenario.

However, now the Bengals need to focus on their offensive line. To me, the offensive line is now the biggest question mark on the Cincinnati offense. If Joe Burrow gets the time to throw, he has the necessary weapons in place to be productive. But the question is, can he get that time?

When you have a rookie quarterback, you have got to make sure he is properly protected. The Bengals surrendered 48 sacks last season which ranked top 10 in sacks allowed. That number has got to go down next season. If the Bengals can shore up their offensive line, it should make for a fun season in the Jungle.

We’ll see what moves, if any, the Bengals make to improve their offensive line as the draft plays out. Stay tuned with BSN as we’ll have an article summarizing every Cincinnati draft pick.