Calipari Anxious to See How Cats will Perform in Blockbuster Opener 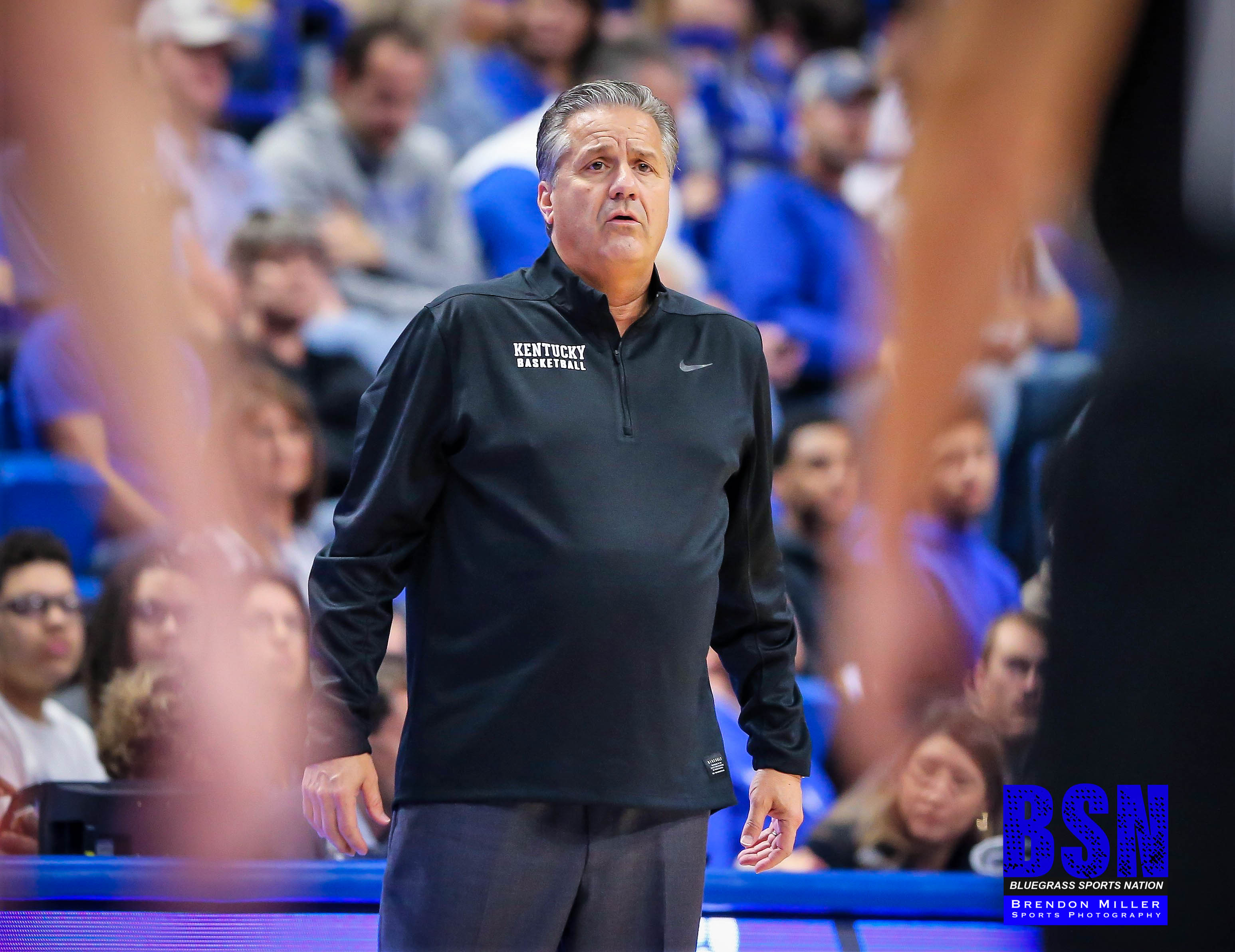 By KEITH TAYLOR, Kentucky Today (Printed by BSN with Permission)

LEXINGTON, Ky. (KT) — John Calipari doesn’t know what to expect from his team when Kentucky opens the season against Michigan State in the State Farm Champions Classic.

“This is so early in the season, I can’t predict what goes on,” he said Sunday. “They have a have a couple of veterans, but really their veteran quarterback (Cassius Winston) makes them go. … you’re at the mercy of that guy a little bit. I’m anxious to see where we are right now. … I expect our guys to be anxious. I don’t what will happen with the young kids. You can’t predict it.”

It’s a preseason blockbuster event filled with plenty of hype for all four teams. For just the second time in history, the top two teams  will open the season in a gathering of the four top ranked teams in the country. No. 3 Kansas and fourth-ranked Duke will tangle in the opener at 7 p.m. Tuesday, followed by top-ranked Michigan State and No. 2 Kentucky. No. 1 Indiana defeated No. 2 UCLA 84-64 in the season opener for both teams in 1975.

“I wish we didn’t play this game the first game of the year,” Calipari said. “Why don’t we have a couple of games under our belt to do this, but everybody agreed to do it.”

Kentucky owns a 4-4 mark in the prestigious event and lost a season-opener for the first time in Calipari’s tenure as coach last year — an humbling 118-84 loss to Duke in Indianapolis. Kentucky’s returning players are seeking a better outcome this time around.

“You can’t let something like that happen again,” Kentucky guard Immanuel Quickley said. “We came out, thought we were better than what we were and got smacked, but at the end of the day, we ended up being one of the final eight teams that had a chance to go to the Final Four and win a national championship.”

Looking back in the contest, Calipari said the Blue Devils “deserved to win by 50 the way they played.”

“Their guys played better than my guys,” Calipari said. “But at the end of the year if you (would have thought) we would have had three guys going into the draft and going into the league and doing what they’re doing (after) you watched that game, you would have said (that) would have never happened.”

COACHING FRIENDS
Calipari maintains a close friendship with Michigan State coach Tom Izzo and admires his program. The Wildcats are 1-1 against the Spartans in the prestigious event. Michigan State defeated the Wildcats 78-73 six years ago in Chicago and defeated Izzo’s squad 69-48 in 2016 at Madison Square Garden.

“I respect the fact that he is not only about Michigan State, but he’s about the kids and about the game. If there is anything that needs to be done to make the game better or for kids, he’s all-in,” Calipari said. “He also speaks his mind, which I appreciate and I think he and I are at the age at this point, you kind of say things you wish you didn’t say, but you say them any way.

“As a basketball coach, you know he’s as good as they get and his teams … it’s the same deal. They’re not going to beat themselves. You’re going to have to have a heck of a game to have a chance to win, just because of how they play, how they defend and how tough they are. All this stuff, we try to teach these young guys and it just takes a lot of time to do it.”

TOP GUARDS
The matchup will feature the nation’s top point guards in Winston and Kentucky’s Ashton Hagans. Winston is the preseason Big Ten Player of the Year, while Hagans was the Southeastern Conference Defensive Player of the Year last season and the favorite to win the honor for a second consecutive season.

Hagans said his top priority is to go into the contest “locked in” on Winston from start to finish and likes the challenge of “taking anybody there is.”

“He knows what he does well,” Calipari said. “He’ll play for all 40 minutes. The first five minutes of the game are not going to dictate how he plays. If you’re trying to keep this kid from scoring, you’re going to foul. If the kid gets 25 (points), just make them a hard 25 (points).”

RICHARDS UPDATE
Calipari said junior forward Nick Richards is still “day-to-day” and hoped he could practice with the team Sunday and Monday ahead of the season opener.

Richards apparently sprained his ankle in Kentucky’s 80-53 win over Georgetown College in the first of two exhibition games. Richards didn’t play in the Wildcats’ 83-51 win over Kentucky State Friday night.