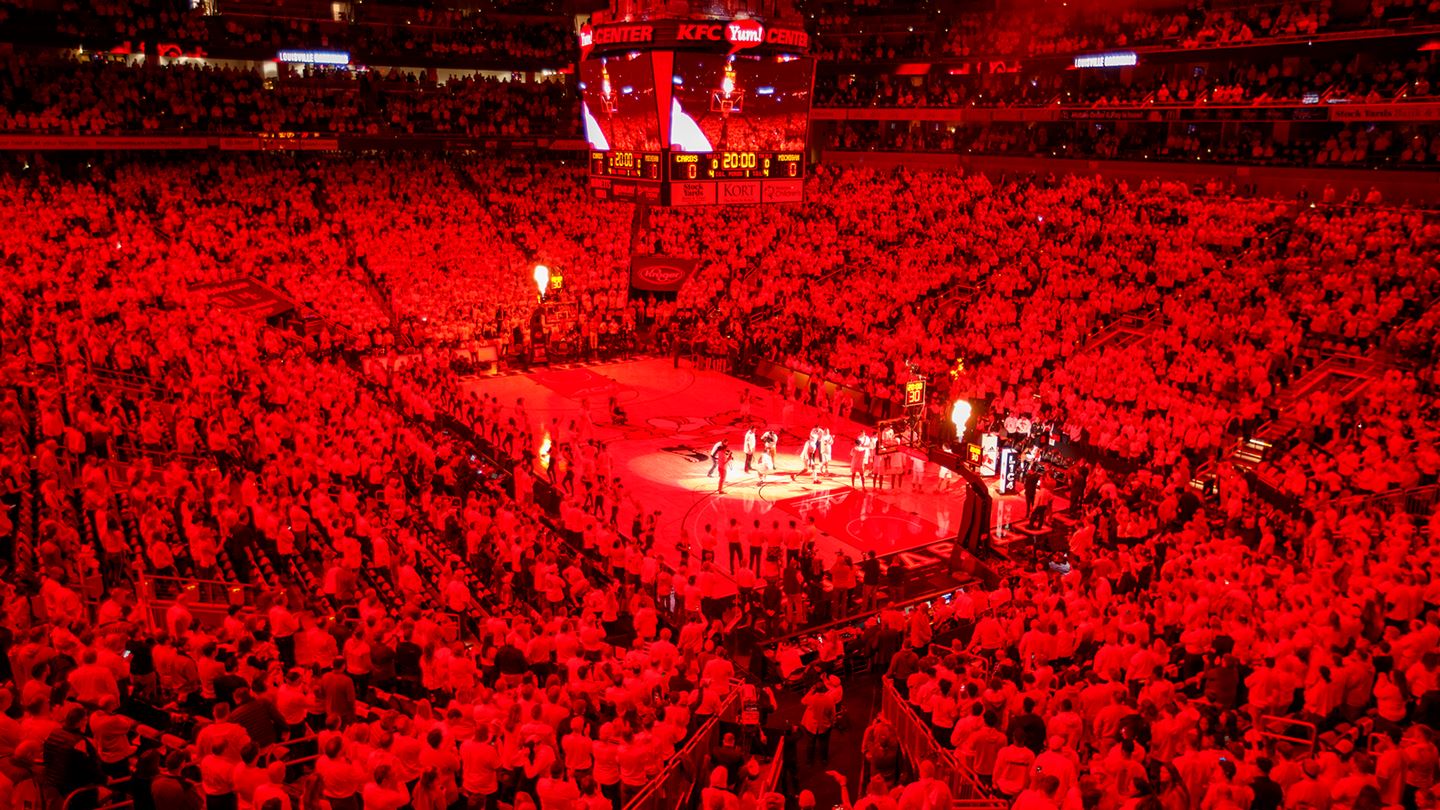 Four high school products have joined the University of Louisville men’s basketball roster as non-scholarship walk-on student-athletes for the 2020-21 season.

Bearden was a first team Courier-Journal All-Region selection as a senior when he averaged 18.1 points and 8.2 rebounds for Holy Cross.

He was selected to the all-tournament teams for the 21st District and 6th Region.  He was also honored as a 2020 Louisville Catholic Sports Student Athlete of the Year and was an all-tournament choice at the 2019 King of the Smokies after producing 21 points and 13 rebounds in the final game there.

Bearden, who earned an academic scholarship to UofL, finished his high school career as Holy Cross’s second-leading all-time scorer.  He also ran track (sprints) and played soccer at Holy Cross.  As a junior, he was seventh in the Kentucky Class A state championships in the 200 and was a member of three championship relay teams.

Bearden averaged 13.4 points and 7.4 rebounds as a junior while connecting on 48 percent of his field goals, including 36 percent from three-point range.  As a sophomore, he averaged 10.2 points for Holy Cross in 2017-18.

Colbert played his senior year at International Sports Academy at Andrews Osborne Academy in Willoughby, Ohio.  He averaged 12.1 points, 3.4 rebounds and 2.2 assists while shooting 40 percent from three-point range as a senior.  He helped lead ISA to a 22-13 record in 2019-20 and was honored as a second-team All-Ohio, non-OHSAA selection as a senior.

As a junior in 2019, Colbert was a member of a Cincinnati Moeller High School squad that would repeat as state champions, becoming the first Division I team to go undefeated (29-0) in 24 years.

In Moeller’s first game of its perfect season, Colbert scored 10 points in seven minutes on 3-of-4 shooting, including a pair of three-pointers, and grabbed two rebounds in an 85-42 victory over Bryan Station at Hillsboro High School. That season, he averaged 3.6 minutes per game while scoring 30 total points over his final 21 appearances.

Following Moeller’s 52-44 win over Akron St. Vincent-St. Mary’s in the DI championship game, Colbert decided to leave Moeller for his senior season in an attempt to get more playing time and experience.  He plans to pursue a career in finance through the UofL College of Business.

As a senior, Schultz helped Rockwall to a 21-14 record, falling in the second round of the regional tournament to the eventual state finalist.

Schultz played two seasons at Rockwall with current UofL teammate Samuell Williamson.  In 2018-19 during Schultz’s junior year, Rockwall achieved a 30-6 record, advanced to the regional finals and was No. 8 in the final ranking of the regular season Class 6A state poll.

Myles-Devore averaged 11. 0 points, 4.3 rebounds and shot 41.7 percent from three-point range (45-of-108) as a senior as Woodford County posted a 17-16 record and were runner-up in the 30th District championship.  Myles-Devore had a team-high 21 points and four rebounds in the first-round district victory and received all-tournament team honors.

As a junior, Myles-Devore averaged 7.2 points and 2.4 rebounds while connecting on 36 percent of his three-point attempts (40-of-111) as Woodford County went 21-11 and reached the semifinals of the 11th Region tournament.

Myles-Devore’s father Ellis Myles was the starting center on Louisville’s 2004-05 NCAA Final Four team that achieved a 33-5 record.  Ellis averaged 10.4 points and 9.2 rebounds as a senior that season for the Cardinals and ranks sixth in career rebounding with 998 boards while also scoring 1,045 points.

The group joins returning center Hogan Orbaugh, a 6-8 sophomore from Zionsville, Ind., as walk-on student-athletes for the Cardinals this season.