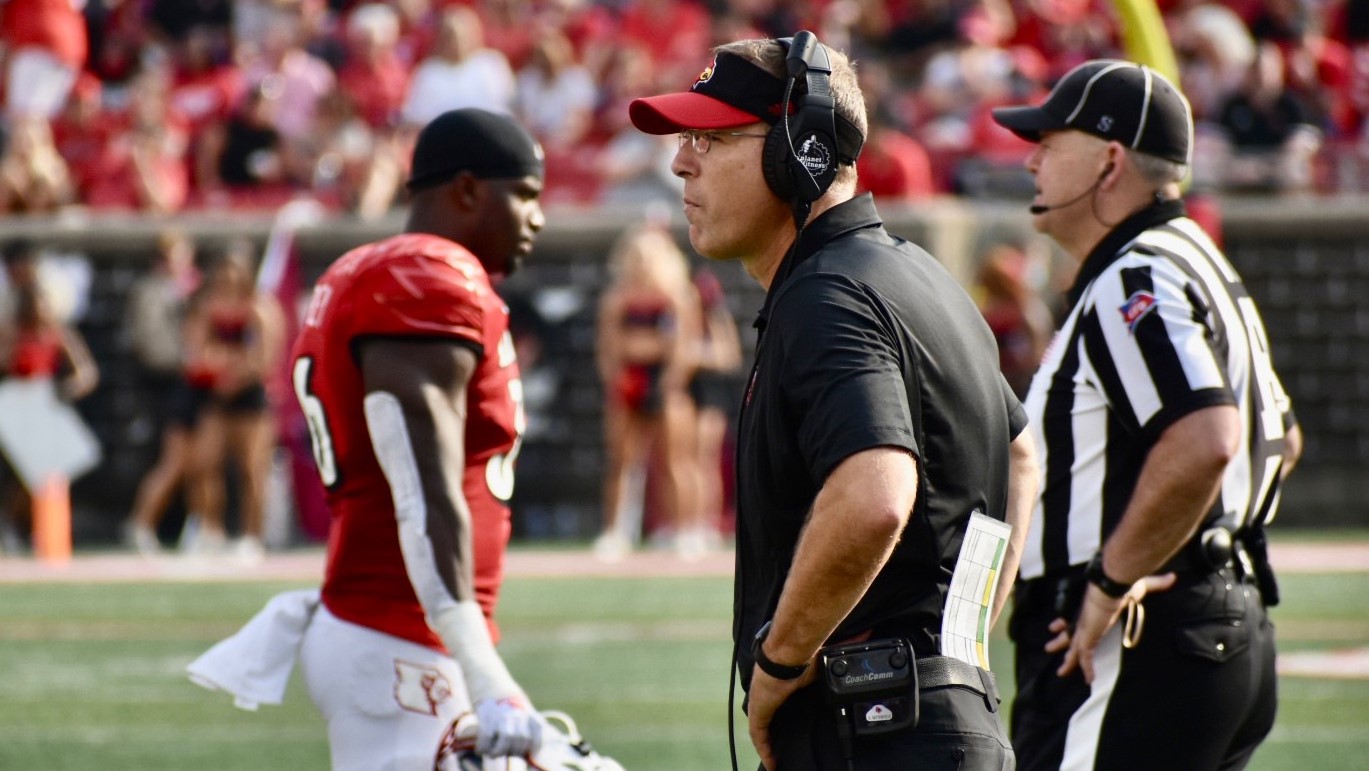 photo by Cory Bosemer for BSN

“Who’s to blame for back to back losses you should not have lost ?”

After a close call in the cardinals last game, let’s just say they were more then ready to leave a mark and walk away with a victory today. However the game didn’t end the way the cardinal hopeful would want it to.

Cardinal teams & players of the past were in attendance for the game against the cavaliers of Virginia. Guess you could say, that the crowd was trying to bring the energy as best as they could.

The game got off to a rowdy start rather quickly. Early in the first half a targeting penalty had been called against the Cards after a catch by Virginia. After things cleared, the Cavaliers came right down the field and scored the games first points.

The Cards responded quickly. QB1 Cunningham danced around and threw a bomb of over 80yrds for the Cards’ first score of the game. In the first quarter alone there were 5-6 penalties.

Just before the half ended the referees made what most would say was a bogus interference call against the Cards. The crowd in more ways then one let the stripes know just that. The first half ended by the Cavilers up on the Cards 13-10.

The start of the second half went in favor of the Cards, as they would be the first ones to score going up 20-13. #19 “Hall” a junior, had his name called more then a few times in today. This game was his first career game having over 100+ yards rushing.

#15 Mitchell had a score late in the 3rd to help take the Cards lead up to double digits.

The 3rd quarter is where the Cards developed a lead that they thought would have been comfortable enough to seal the deal. However the 4th quarter is where Virginia took back control and showed why you never give up. Down by as many as 17 in the 4th Virginia would crawl their way back into the thick of things.

With literally a few seconds or so left the score was 33-31 in favor of the Cardinals. However Virginia would move down the field to score a TD, and the go ahead extra point winning the game 34-33.

Where do the cardinals go from here? Does their defensive coordinator start taking the heat? At some point it cannot always be the fault of the referees. When does, or should Head Coach Satterfield take blame?

The Cards are now currently 3-3 going into next weeks game as Boston College vistis Cardinal Stadium.