CARDS Manage to Slip Past the Zips 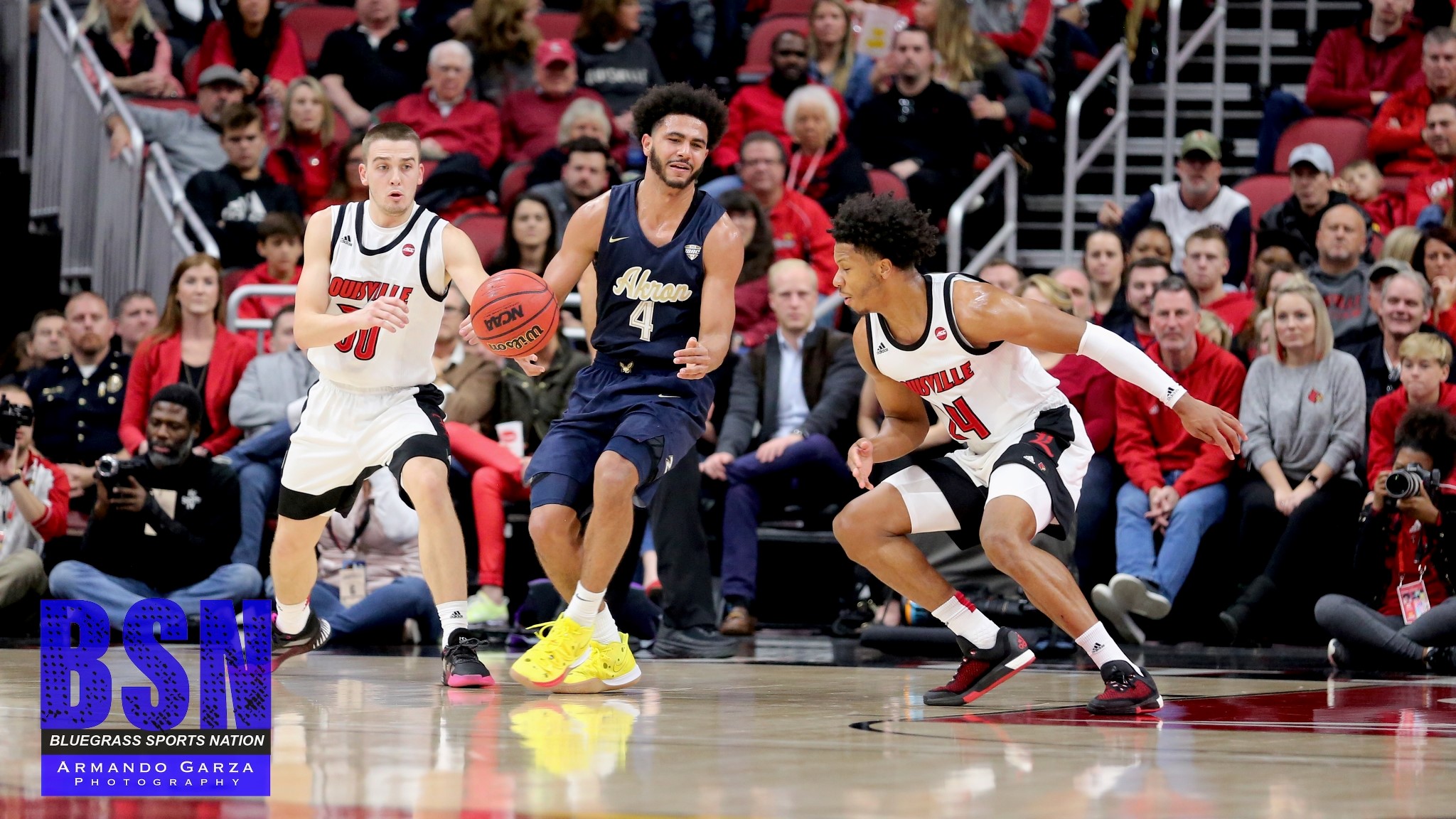 The game started with Louisville’s Enoch (23) winning the jump ball, then opening up the score with a 2 point FG in the paint, dunk. McMahon (30) added a 3 point FG, jump shot before Akron’s Jackson (1) answered with a 3 point shot of his own. As stated before, the game was fairly close until the Cardinals extended the lead into the double digits. The game was far from over but it seemed the odds were right again.

The second half opened with an Akron 2 point FG making the score 47-33. The Cardinals quickly spread the lead to 22 points. With 16 minutes left in the second half, the game seemed pretty secure. But was it, the Zips decided to give the Cardinals a little scare! The score slowly dissipated, could the Cardinals and the fans be having a déjà vu moment, seeing a scene from last season? The zips closed gap to 4 points with 24 seconds left to play. The Derby may be the fastest two minutes in sports but the last minute of a close basketball game has to be the longest in sports. Twenty Four seconds left and anything can happen. And it sure did look like it could! Then Perry (2) made two free throws with the Zips answering with a 2 point layup. McMahon (30) then downed two more free throws keeping the lead to 6 points. Jordan Nwora’s defensive rebound on a Zips’ 3 point attempt sealed the deal! The final score was 82-76. The Cardinals go to a 6-0 record while the Zips fall to a 4-2 record.

Jordan Nwora (33) led the Cardinals with 18 points. Nwora also had 8 rebounds while Dwayne Sutton (24) had 14 rebounds and 10 points. Four Cardinals scored double digits in the game adding to Nwora and Sutton, were Ryan McMahon (30) with 10 points and Steven Enoch (23) with 17 points.

The Zips’ Jackson had 20 points, Banks had 18 and Cheese ended up with 20 points as well. The Zips outscored the Cardinals 45 to 35 in the second half. It remains to be seen if the Cardinals will remain in the #2 poll position. The Cardinals travel to Bridgestone Arena in Nashville Tennessee to play against the WKU Hilltoppers on November 29, 2019. The game start time is 5 pm and can be viewed on CBSS.