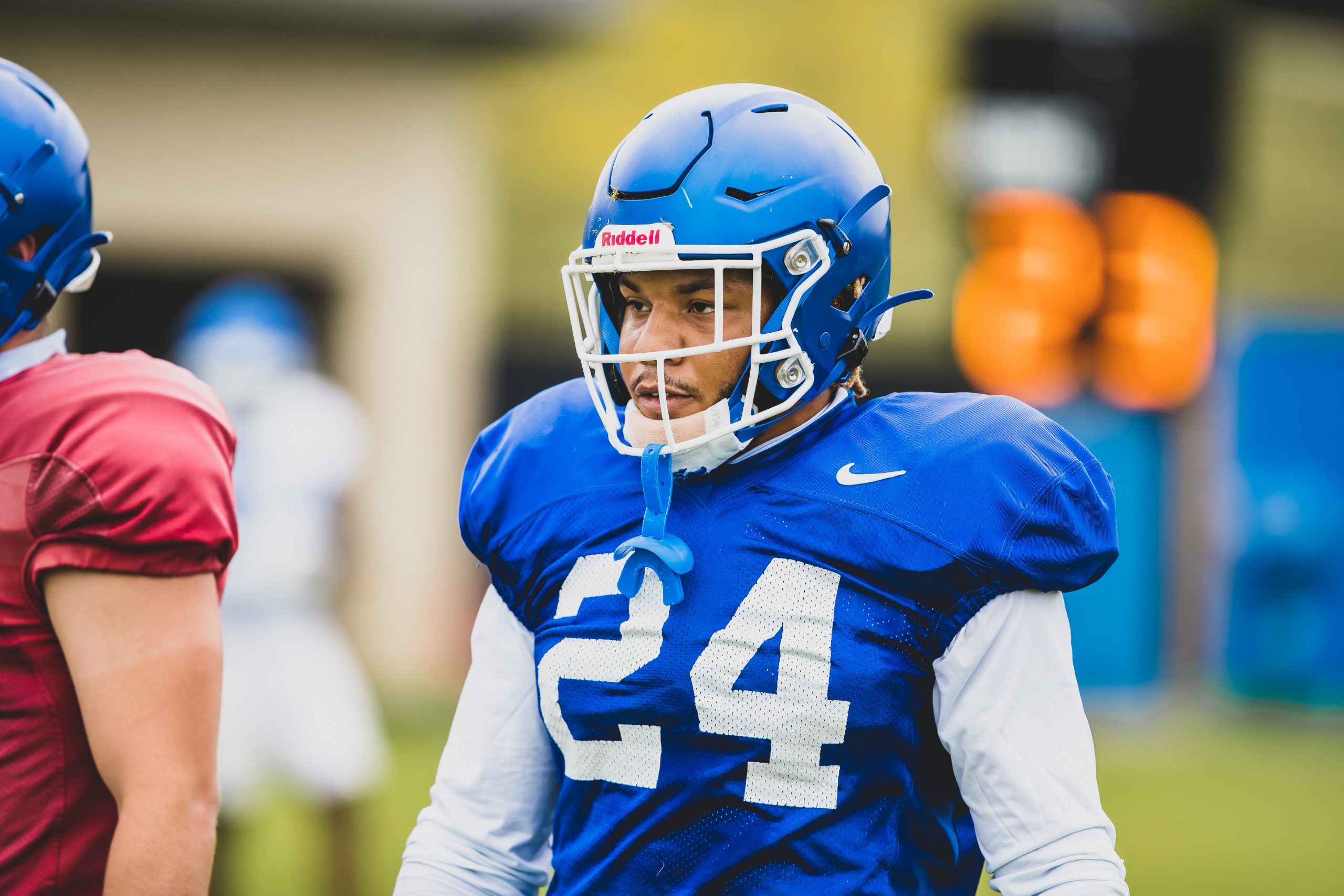 The UK offense was anything but orthodox once Lynn Bowden became the starting quarterback near the halfway mark of last season. With Bowden at QB, Kentucky benefited from a historically successful run-heavy offensive attack. One of the reasons for Kentucky’s record-setting rushing game was tremendous O-line play.

This season, the Cats return four of their five starting offensive linemen from last year with the lone departure from the starting lineup being left guard Logan Stenberg, who is now a member of the Detroit Lions.

With Terry Wilson healthy once again and a number of talented quarterbacks on the roster, the Cats are expected to get back to a more conventional offense this season. At Tuesday’s press conference, offensive coordinator Eddie Gran told reporters that he was glad to see Wilson look very comfortable during practice in the face of live action.

While Gran was happy with Wilson’s composure, he gave the impression that the Cats’ offense still has a long way to go. Gran said, “We’ve got a lot of work to do. We’ve just got to be more consistent – and I get it – it was the first scrimmage, so I’m not going to panic yet. But, offense is about execution and we (have) just got to be better at that this next Saturday.”

While there is a lot of excitement for the upcoming season, the possibility of Kentucky’s season being significantly altered or stopped due to the ongoing pandemic still remains. Sophomore running back Chris Rodriguez told reporters that the running backs are making an effort to stay away from each other so that a potential outbreak wouldn’t involve multiple players at the same position.

When asked about how he prepares for the possibility of things changing in an instant, Rodriguez said, “There’s really no way you can actually prepare for that because you never know when it’s going to come (or) when it’s going to happen. But, I mean, all you can do is just hope for the best.”

While we don’t know what might happen between now and UK’s season opener on Sept. 26, if the Cats do end up taking the field, they will be interesting to watch. Without question, there’s a sense of optimism throughout the fanbase as to what this team might accomplish.