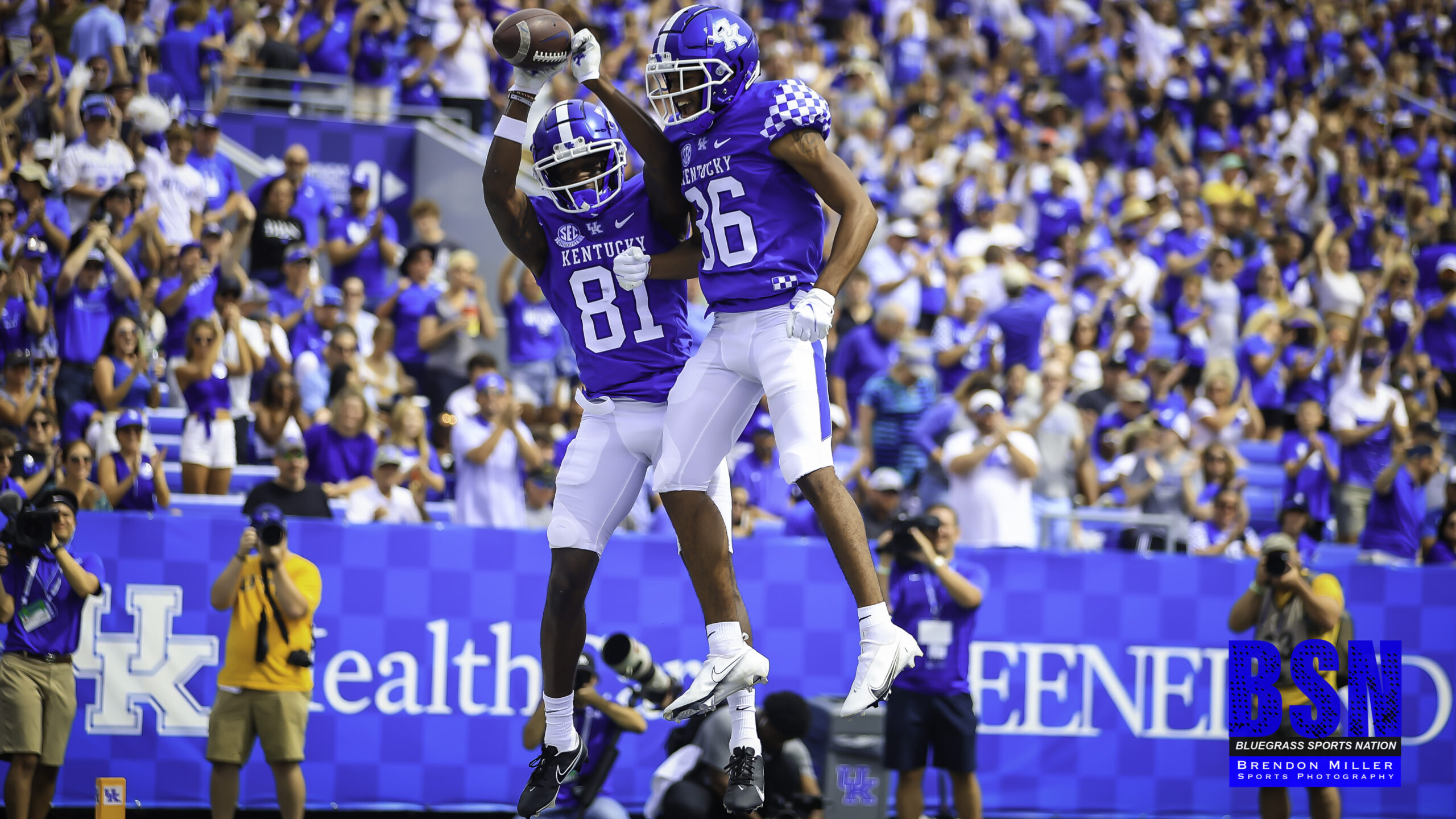 Unfortunately for the Cats, that didn’t happen Saturday. In fact, Kentucky was nearly snake-bitten, holding on for the 28-23 win against FCS opponent Chattanooga. In spite of a 2-0 start and a solid win over Southeastern Conference foe Missouri last week, the Cats could only move into the “Others Receiving Votes” category of the AP Top 25, and, their performance against Chattanooga will not aid in their quest to crack the Top 25.

A late Tyrell Ajian 95-yard interception return for a touchdown calmed a nervous contingent of blue-clad Kentucky fans and relieved the pressure that had been steadily mounting against a struggling Cats’ offense.

With the exception of two drives, the Cats struggled to consistently move the football. Looking at the numbers, Kentucky quarterback Will Levis had a solid performance. He finished 23-35 for 246 yards and two touchdowns. However, two interceptions and a lost fumble led to six points for Chattanooga and, at one point late in the contest, was the difference in the game.

Following Levis’ second interception on the day, the Mocs took a 16-14 lead on an Aaron Sears 30-yard field goal with 13:27 left in the game. Kentucky responded with a 7-play, 77-yard drive that ended with a 31-yard touchdown pass from Levis to Isaiah Cummings to give Kentucky the lead, 21-16. The Cats added their final score of the game on the Ajian interception return, taking a 28-16 lead.

Chattanooga mounted one final comeback attempt, scoring a late touchdown when Mocs quarterback Cole Copeland scored from two yards out with 1:20. The ensuing onside kick attempt was unsuccessful and the Cats knelt out the rest of the game.

As expected, Mark Stoops was not thrilled with his teams’ performance but was not overly critical of his players. “[I’m] not very pleased,” Stoops said. “We’ve just gotta’ be better. I like this team. I liked them last week when we won and I like them this week.” Despite a lackluster performance on both sides of the ball, the 9th-year head coach refused to downplay the win. “You’ve got to be good enough to win when you’re not at your best,” Stoops said. “Don’t apologize for winning the game, just go out there and get better.”

Kentucky will definitely have to get better before next week as they hit the road in the SEC and travel to Columbia, South Carolina to face the Gamecocks.