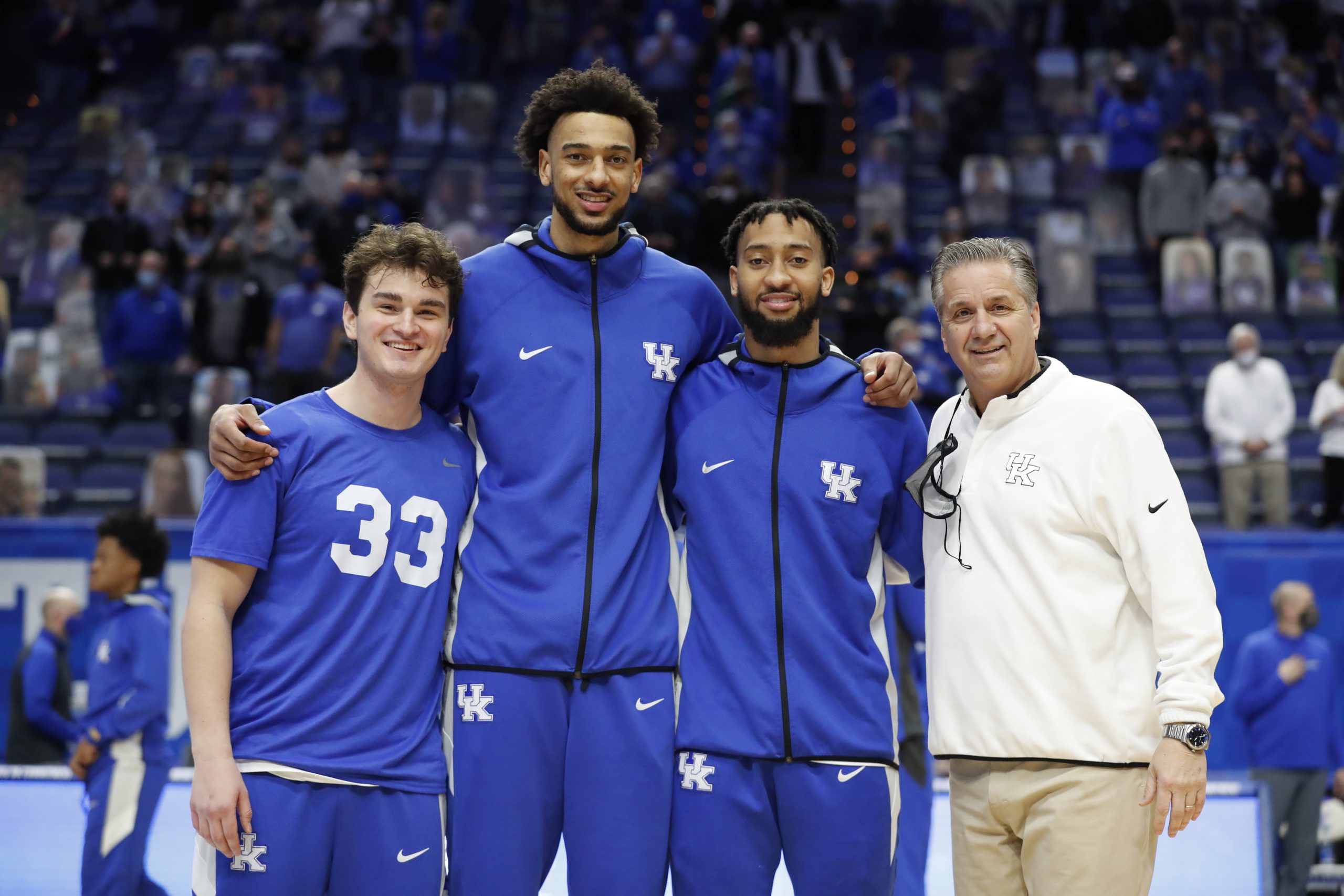 The Kentucky Wildcats entered Senior Day riding a 3-game winning streak that included a 15-point win over number 25 Tennessee in Knoxville just one week ago. Enthusiasm for this iteration of Kentucky Basketball began to grow among the Big Blue Nation at large and excitement was building about a possible run in the Southeastern Conference Tournament. And then…another lackluster offense performance and another heartbreaking loss, this time at home to Florida, 71-67.

A blistering offensive start and stifling defense combined to give Kentucky a double-digit lead early in the game. However, a defensive adjustment by Florida confused the Cats and propelled the Gators to a run that eliminated the early cushion. Kentucky jumped out to a 10-point lead midway through the 1st half, 26-16. However, back-to-back 3-point baskets, a steal, and a dunk shaved the lead to two points before Davion Mintz hit a 3-pointer to stop the bleeding and push the lead back to five, 29-24.

Kentucky Coach John Calipari summarized his feelings about the game in three words, “It was disappointing,” Calipari said. “This team fought to put themselves in a good position, a good position to make something good happen for us and we had a couple of guys not show up.”

He went on to say that he felt his team reverted to the team they were before the 3-game winning streak. “We got back to ‘I’m gonna’ make my play,’” Calipari said. “I put Dontaie (Allen) in and said ‘find him. They didn’t even look at him.”

Freshman Forward Jacob Toppin agreed with part of Calipari’s comments. “I would say I agree.” Toppin said. “We did make some sloppy plays down the stretch that we couldn’t afford.”

However, Toppin did not agree with Calipari’s contention that they did not look for Allen. “We looked for him,” Toppin said. “Their zone was really good and we couldn’t get him open.”

Calipari’s frustration was visible during his post-game press conference as he discussed bad shots, poor defense, and questionable decision-making by his young team. “We’ve got to have basketball sense,” Calipari said. “There were so many plays like that…that if you want to win you don’t play like that. I was hoping we could get this one.”

Kentucky entered today’s game averaging 78.5 points during their last 4 contests. At the under 12:00 Media Time Out, the Cats were on pace to eclipse the 80-point barrier for the fourth time in five games. To highlight the Jekyll and Hyde nature of Kentucky’s offense, the Cats scored 26 points during the first 9:08 of the game. They scored 28 points during the entirety of the 2nd half.

“If you want to win, you don’t play like that,” Calipari said.

Kentucky had four players in double figures. Senior Davion Mintz led the Cats in scoring with 21 on 7-14 shooting and 2-9 from three. Brandon Boston had 13 while both Toppin and Isaiah Jackson finished with 11.

The loss drops the Cats to 8-14 on the season and 7-8 in conference play. Next up for Kentucky will be the Ole Miss Rebels as they travel to Oxford next Tuesday.