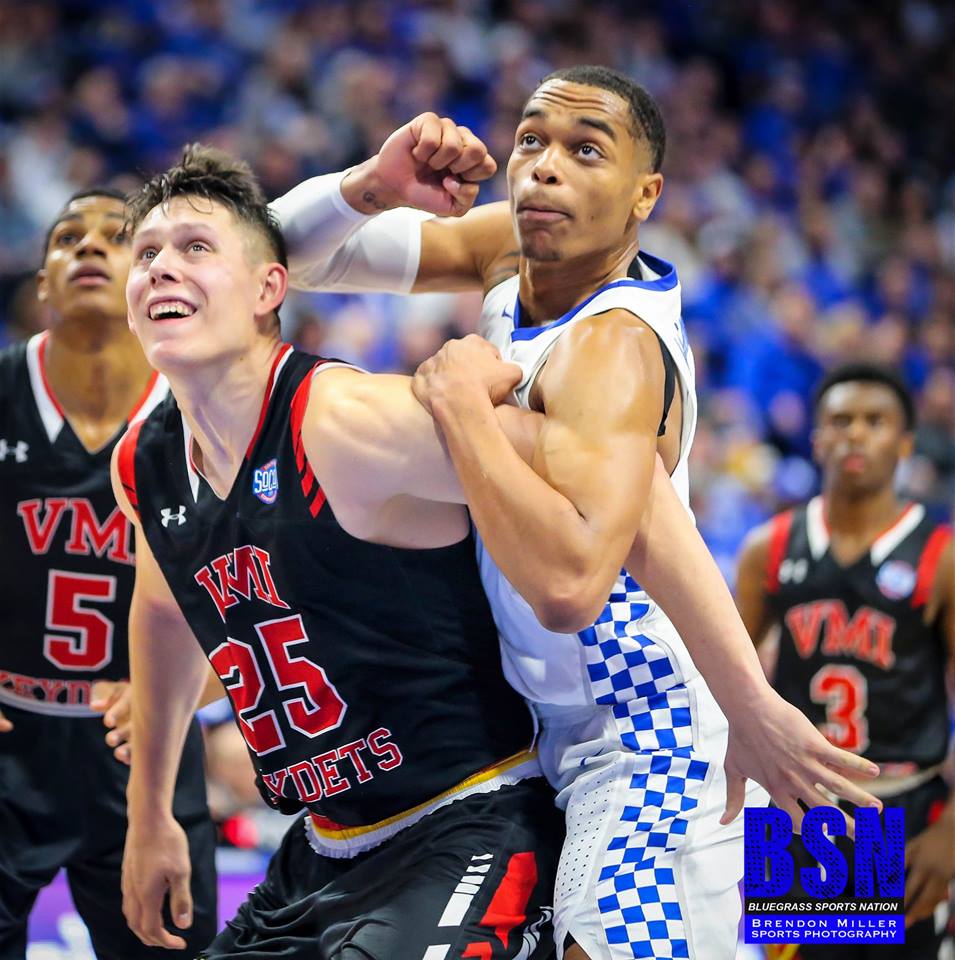 The Kentucky Wildcats picked up a win over the Virginia Military Institute Keydets Sunday night at Rupp Arena, 92-82. The game starts a busy stretch for the young Cats; they play three games in six days with the Thanksgiving holiday jammed in the middle.

“It all starts in practice,” freshman guard Immanuel Quickley said when asked about preparing for the busy week. “Trying to go at each other, going hard each and every day, not taking any team for granted because any team can go out here and beat you. Really just coming out and playing hard each and every time you step on the court. That’s going to be the most important thing for us.”

The Cats picked up their third consecutive win after suffering a blowout loss to nemesis Duke to open the season at the Champion’s Classic. Kentucky came into this game a 30-point favorite but got off to a slow start. The first half saw eight lead changes. Keydet sophomore Bubba Parham hit three free throws to cut the Wildcat lead to one at the 5:30 mark. That was the last time the game would be that close. The Cats immediately rattled off a 12-0 run and climbed to a 48-34 going into the half.

Three-point baskets kept the Keydets within striking distance. VMI nailed 19 threes in the contest. Bubba Parham was especially deadly for the Keydets. The young man dropped 35 points and nailed 10 out of 16 attempts from behind the arc.

“I saw a few go in early. My teammates kept finding me in the right spots and I was able to knock them down,” Parham said of his big shooting night.

The Wildcats out rebounded VMI 43-22 in the contest. UK was able to pull down 18 offensive rebounds while shooting a productive 83% from the free throw line.

The Cats were led by an efficient scoring night from Reid Travis and a well-rounded game from PJ Washington. Travis poured in 22 points on eight field goal attempts and went 10-12 from the free throw line. Washington notched a double-double with 19 points and 18 rebounds.

“I feel like when I’m bringing energy I can be a really great player,” Washington said after the game.

Travis left the court after taking a shot to the eye in the first half. He checked back into the game wearing protective goggles but his eye was visibly irritated. Team officials said he was unavailable for post-game interviews while medical staff evaluated his condition.

UK moves to 3-1 on the season. The Wildcats take on the Winthrop Eagles in an afternoon game Wednesday at Rupp. Tipoff is set for 1 p.m. on the SEC Network.