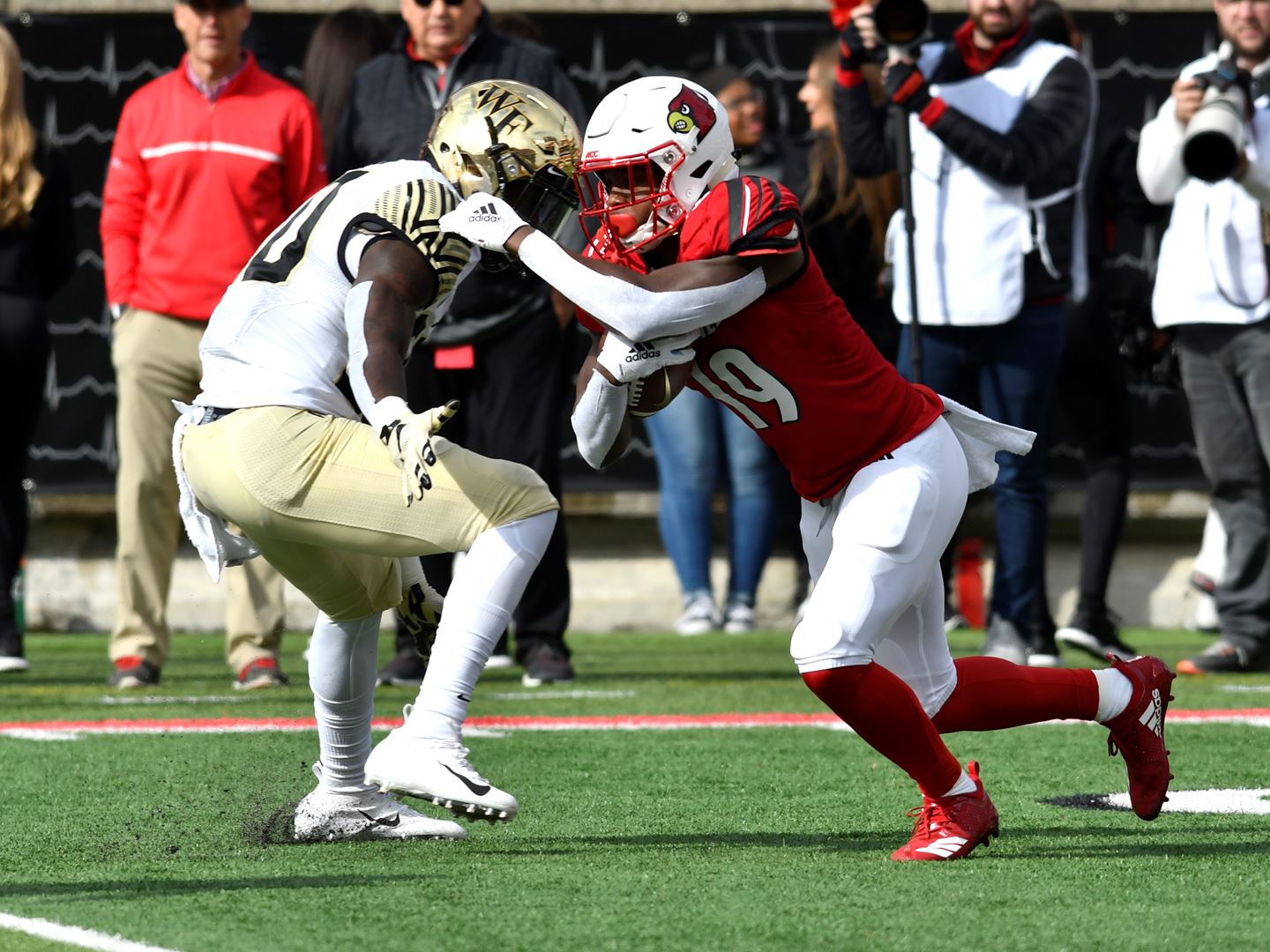 Hassan Hall was fourth in the country in kickoff return average last season.

University of Louisville running back and return specialist Hassan Hall was one of 50 multi-talented college football players named to 2020 Watch List for the Paul Hornung Award presented by Texas Roadhouse.

A junior from Atlanta, Ga., Hall was one of the Cardinals’ top all-purpose players a year ago, accounting for 1,345 yards and six touchdowns. The 6-foot-0, 204-pounder earned second team All-Atlantic Coast Conference accolades as an all-purpose performer and was third team as a returner.

Hall ranked fourth in the nation in kickoff return yardage at 30.5 yards, returning a kickoff 100 yards for a touchdown in a 62-59 win over No. 17 Wake Forest. He returned 26 kicks for 791 yards, and ranks sixth all-time in school history with 1,611 yards.

As a running back last season, Hall finished second on the squad with 501 yards and five touchdowns, while averaging 4.6 yards per carry. He carried six times for a career best 79 yards in a loss at Miami, which included a career long 58 yard rush.

For the first time in the Award’s history, the Watch List includes a previous winner and two former finalists. Purdue’s Rondale Moore won the Award as a freshman in 2018. Wan’Dale Robinson (Nebraska) was a finalist last year, and Conner Heyward (Michigan State) was a finalist in 2018. Moore is the second player to try to win the Award twice, along with Christian McCaffrey, who won as a sophomore in 2015 but was edged out by

Hornung, who still lives in his hometown of Louisville, played every position in the offensive backfield during his career with the Irish in the 1950s and also played defensive safety, punted, placekicked and returned kickoffs. He was named All-America at quarterback as a senior and won the Heisman Trophy in 1956, then was the first player selected in the NFL draft, going to Green Bay. He earned NFL MVP honors for the Packers in 1961 as a triple-threat halfback and placekicker by setting a single-season NFL scoring record that stood for 46 years. He is a member of the College and Pro Football Halls of Fame, and Vince Lombardi once called him, “The most versatile man ever to play the game.”

The 2020 Watch List was compiled by a panel of college football experts based on a combination of 2019 statistics, career performance, SID recommendations and expectations heading into the 2020 season. In addition to the Watch List, the Paul Hornung Award Weekly Honor Roll will recognize players whose performances during the regular season meet the Award’s criteria. Players from both the Watch List and the Honor Roll will be eligible to win the Award.